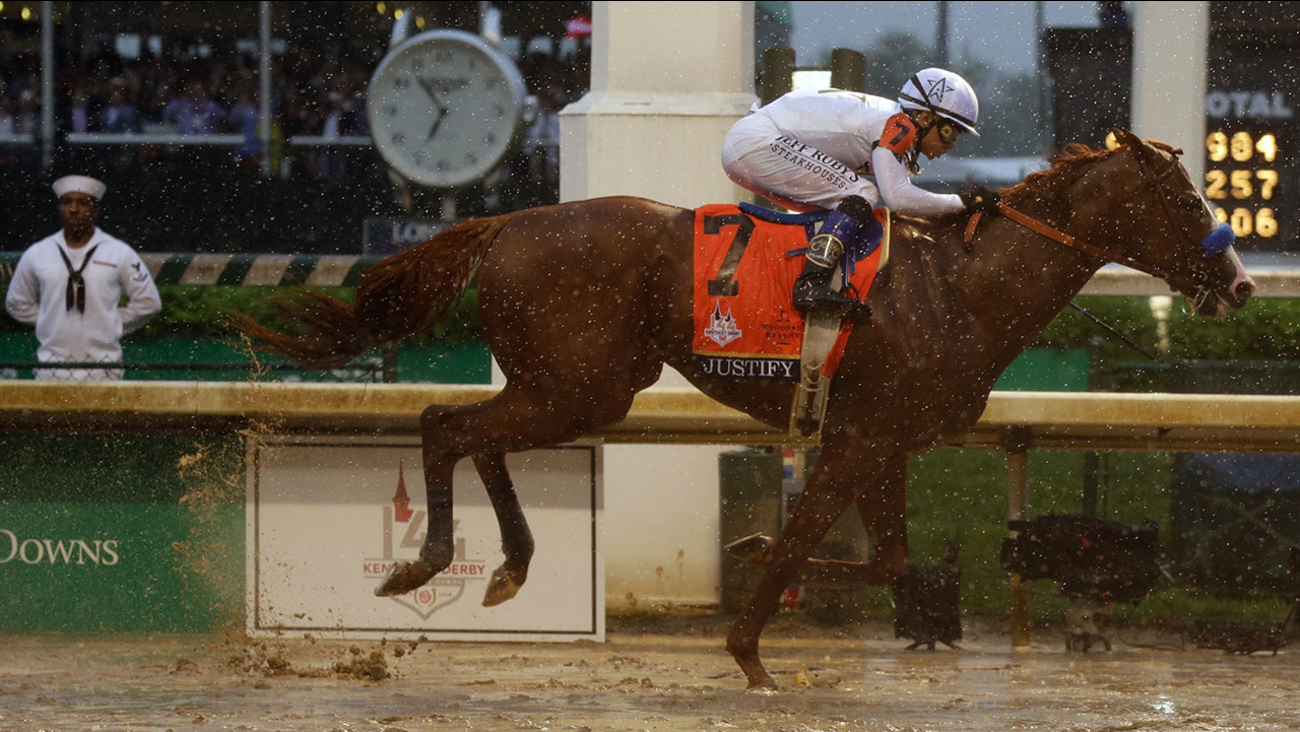 LOUISVILLE, Ky. -- Justify splashed through the slop to win the Kentucky Derby by 2 lengths on Saturday, becoming the first colt in 136 years to wear the roses after not racing as a 2-year-old.

The colt that began his racing career in February improved to 4-0 and gave Bob Baffert his fifth Derby victory. That snapped a tie and left the 65-year-old trainer trailing only Ben Jones with six.

Mike Smith earned his second Derby victory. The 52-year-old jockey crossed the finish line at Churchill Downs with only a few specks of mud on his white and green silks in the rainiest Derby in the race's 144-year history. Nearly 3 inches fell on the crowd of 157,813 throughout the day.

Smith's silks were nearly spotless after he kept Justify near the lead throughout the race. He gunned Justify out of the gate - something Baffert said had to happen - and hooked leader Promises Fulfilled from the start.

They set a blistering pace through the muck, going a half-mile in 45.77 seconds.

Entering the final turn, Justify took the lead and kept on going to the finish under Smith's left-handed whip.

The National Weather Service declared it the wettest Derby on record.

The mud left other jockeys' silks and faces coated in dirt and their horses covered in filth.

Riders in races before the Derby were wearing multiple pairs of goggles during races, so they could pull a clean pair down whenever one set gets dirty.
Report a correction or typo
Related topics:
sportskentuckyhorseskentucky derby
Copyright © 2021 by The Associated Press. All Rights Reserved.
More Videos
From CNN Newsource affiliates
TOP STORIES