Fire record another shutout in tie with Galaxy 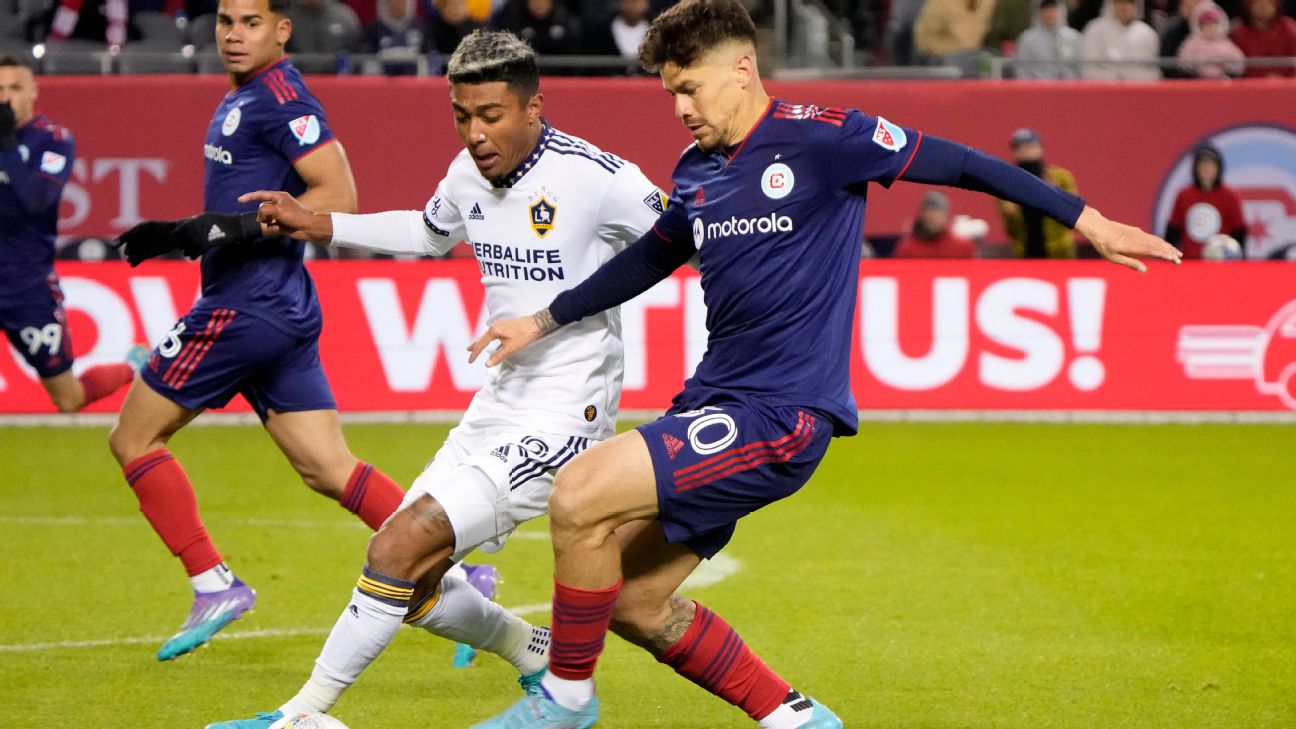 Chicago Fire continued to follow a pattern Saturday, playing to a 0-0 tie against the visiting LA Galaxy in their fourth scoreless draw in seven games this season.

Neither team had a shot on goal in 90 minutes plus extra time. The Fire took nine shots total, while Galaxy took seven.

Fire goalkeeper Gabriel Slonina recorded his fifth shutout of the season for the defensive-minded Fire. Jonathan Bond had his third shutout for the Galaxy, who improved to 2-0-1 since a 1-0 loss at home to Orlando City on March 19.


The 17-year-old Slonina, who is a native of nearby Addison, Ill., continues to make a case for an opportunity with the United Statesnational team. He has given up just one goal in the last three games for Chicago.

The Fire (2-1-4, 11 points) appeared to hit their offensive stride when they scored five total games in back-to-back games in March, both victories over D.C. United and Sporting Kansas City. They have not scored a goal since, though, with a loss to Orlando and two ties in a three-game stretch.

Chicago has given up just two goals all season, holding a surging LA team in check. The Galaxy entered following a 3-1 victory over the Portland Timbers on April 3 and a 2-1 victory over rival Los Angeles FC last weekend.

Galaxy striker Javier "Chicharito" Hernandez, who entered tied for the MLS lead with five goals, did not find the back of the net for just the third time in seven games.