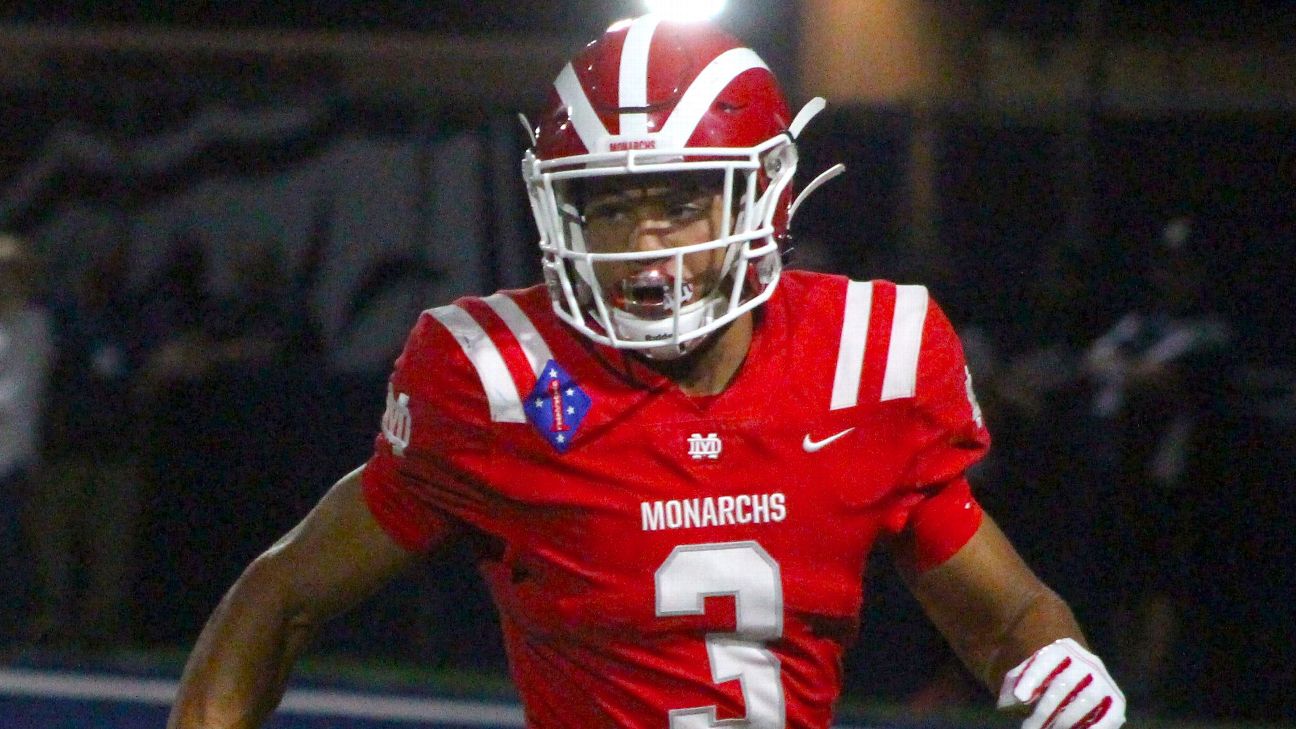 Five-star cornerback Domani Jackson decommitted from USCon Sunday after being committed to the Trojans since January.

Jackson is the No. 6 recruit overall and a 6-foot-1, 190-pound prospect from Mater Dei High School in Santa Ana, California. After USC fired Clay Helton, Jackson's original plan was going to be to wait to make a decision on his commitment until the school announced a new head coach, but that changed after he took visits to programs including Michigan and Alabama.


Jackson thanked USC in a statement released on social media, saying the decommitment will "allow me to sit down and figure out what is best for me and my future."

Jackson's father, Randy, told ESPN that a big part of his son's decision to remain committed up to this point was interim head coach Donte Williams. Hehad an important role in Jackson's recruitment and the cornerback originally was going to wait and see whether Williams would be retained by the new staff.

Jackson is the No. 2 corner in the class and was USC's top commitment. With his decommitment, USC now has four ESPN 300 commitments in the class with a month left until the early signing period in December.


At the moment, Alabama has one ESPN 300 corner committed with Trequon Fegans, the No. 9 cornerback overall. The staff did not sign an ESPN 300 cornerback in the 2021 class, so Jackson would be a welcome addition.

For Michigan, Jackson has built a friendship with current Wolverines commitment Will Johnson. The two had talked about potentially playing with each other before both made commitments, and Jackson is likely to get back to Ann Arbor on another visit in the near future.