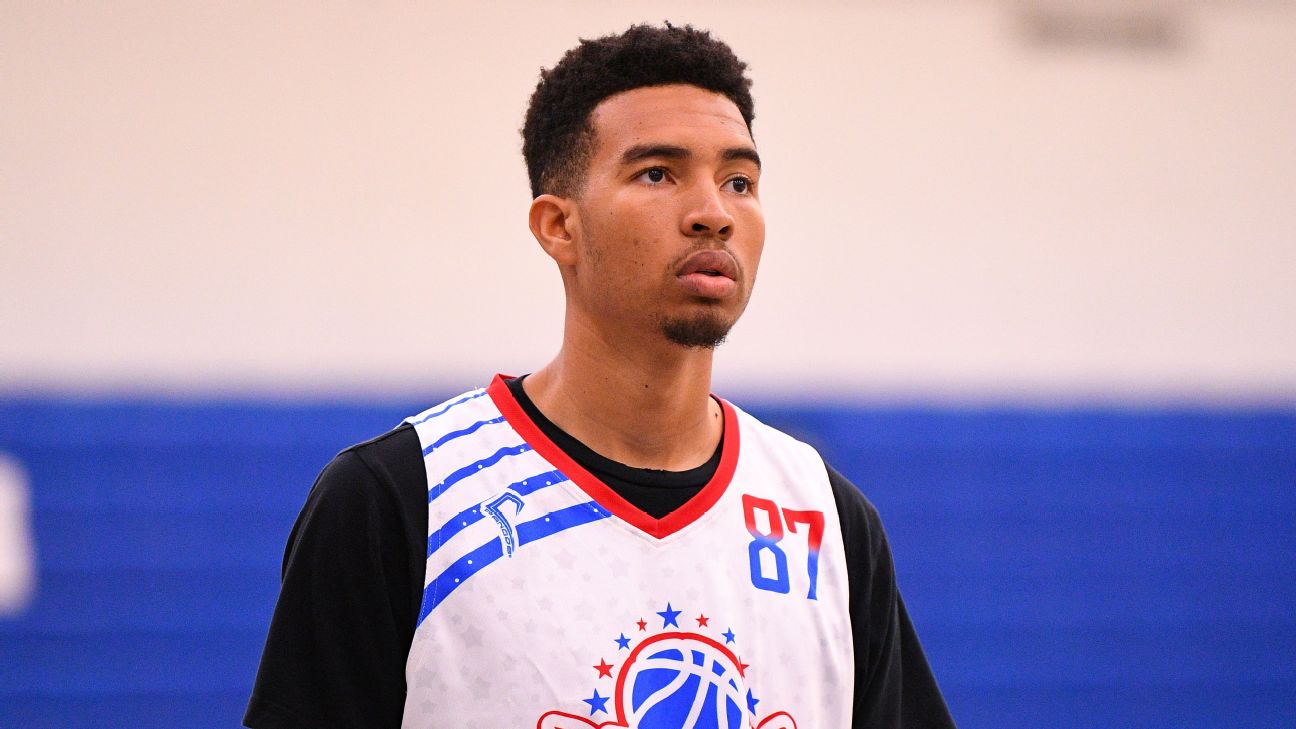 NEW YORK -- The 2019 college basketball recruiting class is just getting started, but so far the No. 1 class doesn't belong to Duke, Kentuckyor any blue blood for that matter.

Andy Enfield and USChave scooped up four early commitments, all in the ESPN 100 and two with five-star status.

It has been quite a reversal of fortune for a program that was one of the first to be connected to last year's FBI investigation into college basketball recruiting. Former associate head coach Tony Bland was fired by USC in January after being arrested in September.

With the opening on staff, head coach Enfield turned to Eric Mobley, the father of a pair of five-star prospects in 2019 Isaiah Mobley and 2020 Evan Mobley and a former coach in the Compton Magic grassroots program.

While the Trojans were already deeply entrenched in the recruitment of both of his sons, the hire was an indication for other suitors to essentially abandon their pursuit.

"Me and O had known each other for a long time before we started playing together," Isaiah said, "so when he went first and I went afterward, it was perfect. We plan on being roommates [next year]."

Evan hasn't made a formal commitment yet but acknowledged that others schools aren't really recruiting him anymore. In fact, the only real competition for USC in regard to the younger Mobley brother might be the NBA, should it decide to eliminate the one-and-done rule in time for the 2020 class.

In New York this week, Okongwu and the Mobley brothers led Compton Magic to the Adidas Gauntlet Finale championship. It was just the latest chapter in a story filled with recent accomplishments for the Mobley brothers. Both brothers have shot up the national rankings this spring, as Isaiah earned five-star status and Evan the No. 1 overall ranking in the ESPN 60. As Isaiah was finalizing his commitment this spring, Evan was earning a spot on the Team USA under-17 team that won the FIBA World Cup in Argentina last month.

The brothers are very close, spending the majority of their time with one another. They relish competitive pingpong matches as much as their time on the court.

There's also not even the faintest hint of any sibling rivalry. Evan might be the top-ranked rising junior in the country, but he's still the younger brother and more introverted of the two. Ask Isaiah about his little brother and you'll hear only pride in his response.

"Honestly, I think he's like Kevin Durant, Greek Freakish," Isaiah said of Evan. "He's a freak athlete. We train athletically, but he kind of woke up one day and was a totally different cat. He was just growing and growing, and now here he is."

The reality is that Evan might be just scratching the surface. He's long, ultra-fluid and athletic, and he just celebrated his 17th birthday. He has made major strides just in the past few months, as he has begun to harness his athletic tools more assertively while simultaneously continuing to develop his natural skill.

Isaiah might be the more skilled of the two, though. He's 6-foot-9 but very versatile and able to operate from various spots on the floor.

"He's a point forward. He brings the ball up a lot," Evan said of his older brother. "He can shoot it, too, but he can also go in the paint and score it whenever he wants."

So what are the chances we see all three of the Mobleys, father and both sons, together at USC at the same time?

That will likely depend on the NBA.

"I'm just going to wait [to make any type of commitment] until I know exactly what's going to happen," Evan said.

Isaiah might not necessarily wait for his little brother to arrive, either, as he could leave for the NBA after one season at USC. What we know for sure is that regardless of whether or not they are all on the bench together at the same time, the Mobley family has helped the Trojans rewrite their fortune this spring.
Report a correction or typo
Related topics:
sportsespneric mobleycollege basketball recruitingone and donenba draftevan mobleyisaiah mobleyusc trojansmens college basketball
Copyright © 2022 ESPN Internet Ventures. All rights reserved.
TOP STORIES
Blink-182's Travis Barker reportedly hospitalized in LA
Father, 10-year-old son found dead next to car in Chatsworth
Trump WH attorney disputes Hutchinson testimony about handwritten note
Shooting suspect barricaded inside South LA apartment complex
Workers fired for not joining company's daily Christian prayer: EEOC
R. Kelly due in court for sex abuse sentencing in NYC
Source of mysterious lights over San Diego identified
Show More
FTC sues Walmart over scammers' use of money transfer services
After 18-month-old dies in hot car, dad dies by apparent suicide: P...
Giuliani associate to be sentenced for violating campaign finance laws
Biden administration plans to send out thousands of monkeypox vaccines
Migrants in search of a better life continue to die on their journeys
More TOP STORIES News