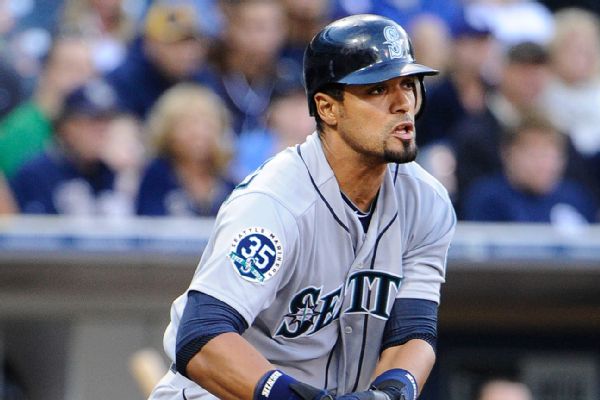 CHICAGO -- The Los Angeles Dodgers' outfield depth will be pressed into service early this season after Franklin Gutierrez was placed on the 10-day disabled list Wednesday with a strained left hamstring.

Gutierrez was removed from Monday's game against the Chicago Cubs when he was hurt running the bases on a chilly night at Wrigley Field.

"It's not serious," said Gutierrez, who was confident he would be ready to return to the roster when the DL stint expires.

Also removed from Monday's game was third baseman Justin Turner, who was diagnosed with a tender right quadriceps muscle. Turner was not in the lineup Wednesday, but he is not expected to go on the DL, and manager Dave Roberts said he plans to start his regular third baseman Thursday.

"It's more like a charley horse that I did when dove for the ball that [Jon] Lester hit," Turner said. "It just kept getting tighter and tighter throughout the game. I probably could have stayed in the game. ... One more day of treatment and I should be good to go [Thursday]."