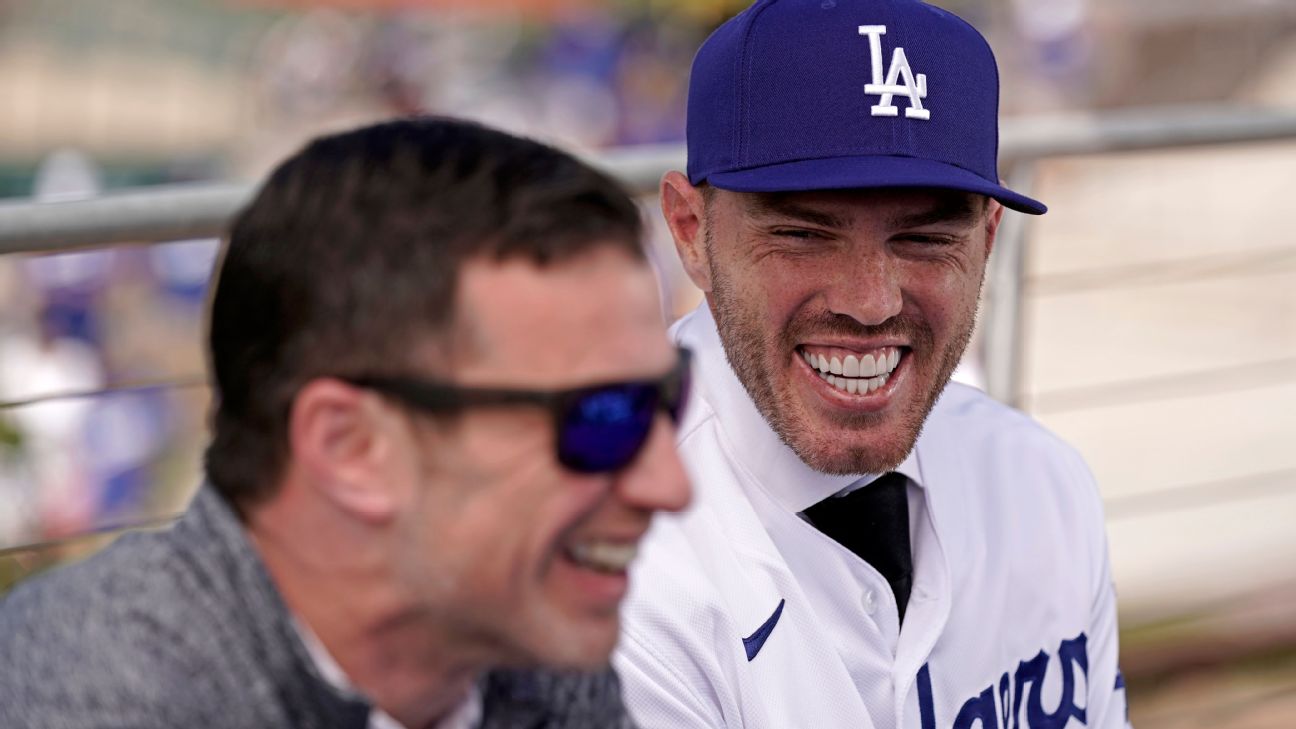 GLENDALE, Ariz. -- For new Los Angeles Dodgers first baseman Freddie Freeman, the unthinkable started to become a reality last season as the face of the Braves for 12 years began to contemplate life on another team with Atlanta just not showing the interest he desired.

"As the season went on, there were no talks, so you figure this is what was going to happen," Freeman said Friday. "When you get to free agency, all things are kind of off."


And when he got there, Atlanta's interest didn't exactly increase. Freeman only heard from them twice, and neither time was with any urgency, at least as Freeman saw it.

"The communication wasn't all there in the offseason," Freeman said. "I got two phone calls. ... I got more from [Dodgers president] Andrew [Friedman] to my agent in a matter of a couple hours.

Friedman and Freeman spoke on a sun-drenched deck overlooking Freeman's new spring stadium, Camelback Ranch. After a dozen years of reporting to Florida in February, he quickly recognized the dry heat of Arizona -- instead of the humidity he's used to -- as he asked for a bottle of water. That kind of change became possible once Atlanta traded for Oakland Athletics first baseman Matt Olson on Monday.

"I had no idea that was going to happen," Freeman said. "When I got told, my emotions were all over the place. You see that chapter close right then and there. I couldn't speak for a couple hours, trying to figure it all out."

Freeman was asked if he saw reports of Braves general manager Alex Anthopoulos shedding tears after trading for Olson, essentially ending Freeman's run as the face of his former team.

Whatever negative emotions Freeman was feeling after the trade, they were quickly replaced by excitement about the idea of coming home to play for the Dodgers. A Southern California native, Freeman warmed to the idea of playing in front of his father, grandfather and extended family.

"I don't think I'd ever get to free agency, if we're being honest about it," Freeman said. "I tried to take a step back and take it all in. It came down to wanting to come home. If it wasn't the Braves, this was going to be the best decision."

The courtship began around Thanksgiving, in a Zoom call with Freeman, Friedman and Dodgers manager Dave Roberts. At that point, Friedman thought signing the five-time All-Star was a long shot, but that didn't stop him from placing one more call right before the lockout.

"We knew the ties he had [with Atlanta] and respected it and appreciated it," Friedman said. "At Mookie's [Betts]wedding, Doc [Roberts], Justin Turner and I walked outside, 10 minutes before the deadline [and called him]. ... Before everything went dark, we said, 'Don't forget about us.'

"We actually left a live music performance of Nelly to walk out and call. It took us a lot to do that."


Said Freeman: "I was feeding my baby at the time. ... We have to give an assist to Justin Turner. His name popped up on my phone quite a bit."

The dream for the Dodgers became a reality on Wednesday night when Freeman signed for $162 million over six years. He joins a potent lineup for a team that keeps churning out talent -- both from their farm system and the marketplace.

"I can't say enough about ownership, the position they put us in on an annual basis, to go out and be in a position to win the last game of the year," Friedman said. "Our chances for that just went way up."

Fans cheered Freeman's every move on Friday, from his first batting practice to working on bunt defense, and chanted his name during his news conference.

It's a different uniform, city and spring home, but it's where Freeman wants to be after saying goodbye to the past.

"The last week has been a little bit of a whirlwind," Freeman said. "It's so exciting to come home." 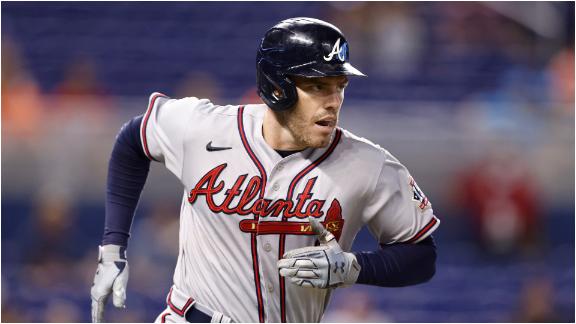