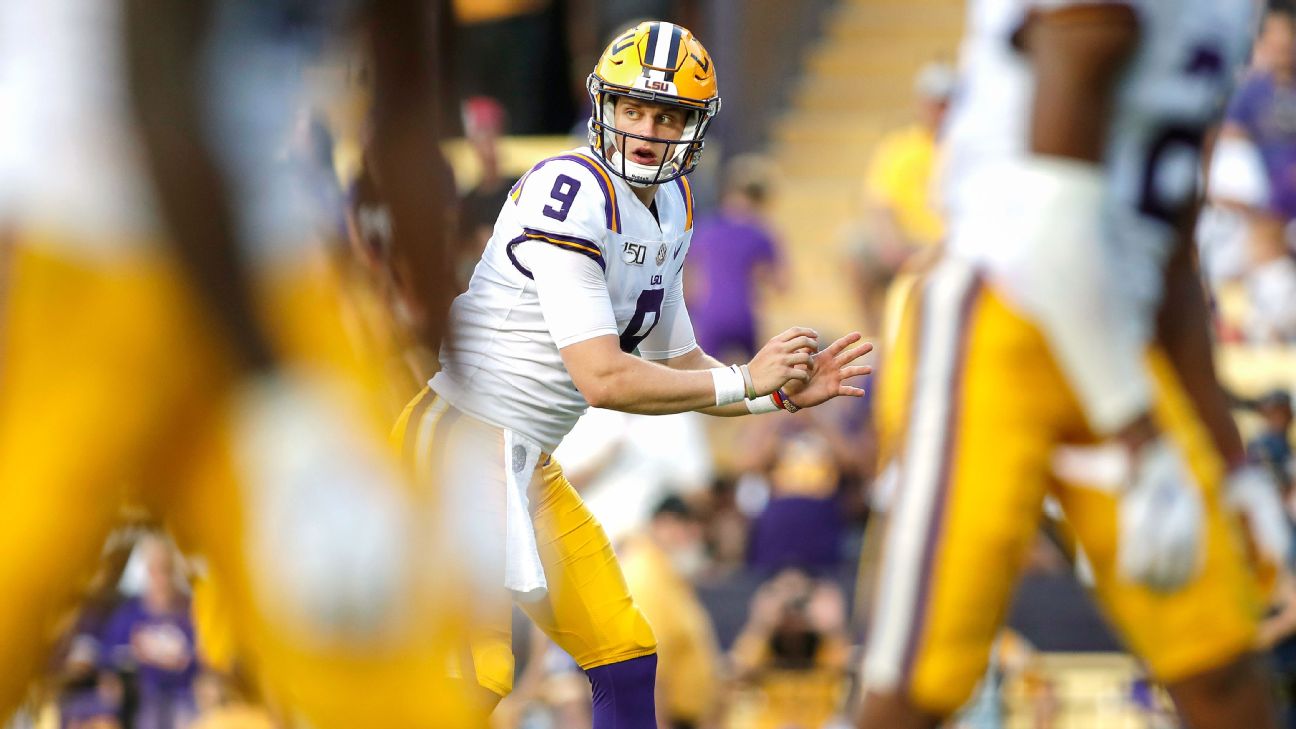 The Week 1 jokes about Tennesseearen't over (there's no statute of limitations here). The Vols keep taking the heat, and deservedly so after what was arguably the worst loss in school history, but they were just one of four SEC teams to lose a nonconference game.

So how bad was it? Well, your perspective likely depends on your ZIP code.

All six ranked SEC teams won, and no victory was bigger than Auburn'sthrilling come-from-behind win against Oregon. The SEC West has a chance to build upon Auburn's success and further assert itself in the College Football Playoff race on Saturday when No. 12 Texas A&Mtravels to No. 1 Clemson(3:30 p.m. ET on ABC, ESPN app) and No. 6 LSUvisits No. 9 Texas(7:30 p.m. ET on ABC, ESPN app).

"It's still the second game of the year," LSU coach Ed Orgeron said. "You still have time to make up for it. You go through your schedule, and what matters is the SEC West and getting to the SEC championship game. If you can get to that, you can get to the national championship. That's how most of the teams in the SEC think."

He's right, because the CFP selection committee has consistently rewarded the SEC's schedule strength, and this season shouldn't be any different. Even Georgia, which is stuck in the struggling East, has ample opportunities to impress the committee. Yes, the Bulldogs play Notre Dame, but again it goes back to the SEC West, as Georgia also faces Auburn and Texas A&M.

Four of the five SEC West teams playing nonconference opponents on Saturday are projected to win by ESPN's Football Power Index, the lone exception being the Aggies (12.5% chance). Regardless of the outcome, it's hard not to look forward to what should be an important matchup on Sept. 21, when A&M hosts Auburn.

It's the long haul that's tricky.

The Aggies will face five opponents, including Clemson, that are currently ranked in the top 10 of ESPN's Football Power Index, including three on the road. Spelling it out for you: Texas A&M has to play both Clemson and Alabama, the past two national champions.

"We've got plenty of opportunities to show how far we've come, and how we can compete and how we prepare and how our organization has grown," Aggies coach Jimbo Fisher said. "We've got to do that one week at a time, don't worry about anything else."

For LSU, Saturday's game against Texas is the first of six against teams ranked in the top 25 of ESPN's Football Power Index. Despite the grueling schedule, the Tigers have a 32% chance to finish with one or fewer losses.

"If you go through, and you manage it right, it can be to your advantage to get into the College Football Playoff, but we don't talk about that," Orgeron said. "I don't want to put too much pressure on this football team because I don't know if they're ready for it yet."

Not only could wins Saturday give the SEC a boost after embarrassing losses to Georgia State, Memphisand Wyoming, but it's also an opportunity for the West to prove it runs deeper than Alabama.

"I think there's a gap, but I don't think it's as significant as some people think," Fisher said of the Tide. "... You win some of these games like we're playing this weekend, or another big game, and you grow confidence and you realize you can play. But from a depth standpoint, I think they have more depth, more experience. And just from a standpoint of doing it -- the longer you do it, the more confidence you have. Confidence and swagger and mindset and culture is a big part of this thing, and it's a matter of us getting that established."

The Big Ten upset watch is on: Rivals Ohio Stateand Michiganwill be tested this week, and not by each other. In case you missed it, Armyis good, and the Wolverines' defense will have to be disciplined against the triple option when they host the Black Knights at noon Saturday. Don't believe it? Ask Oklahoma. Last year, Army gave Oklahoma fits in a 28-21 OT loss to the Sooners in Norman. Army controlled the clock for 44:41, which resulted in OU's offense finishing with a season-low 355 yards. Michigan's defense allowed 4.6 yards per carry last year when facing teams under center, ranking 99th in the FBS.

And while Ohio State fans are still celebrating the successful debut of quarterback Justin Fields, get ready for the return of former Buckeye Luke Fickell, who played and coached at Ohio State and is now head coach at Cincinnati. Fickell was a nose guard for the Buckeyes from 1992 to 1996 and coached in Columbus from 2002 to 2016, including a season as the Buckeyes' interim head coach in 2011, between the Jim Tressel and Urban Meyer regimes.

Fickell's Cincinnati team, which finished 11-2 last year, should be coming in confident from its 24-14 win over UCLAin the season opener.

"Got a lot of respect for Coach Fickell and what he's built down there," Ohio State coach Ryan Day said. "I think it's a very strong program, in great shape. So we know they are going to come in here hungry. Being in the same state, we know that means a lot."

Bounce-back opportunity for Ducks: Against Nevada, Oregon has to find a way to recover from its 27-21 nationally televised loss to Auburn, in which the Ducks blew a 15-point lead. Meanwhile, Nevada is coming into Autzen Stadium off a stunning comeback win against Purdue. Oregon can still win its division and make a run at the playoff -- as long as the Ducks have moved past their loss to Auburn.

Is Boise back? It has been a while since we talked about Boise Stateas the "BCS-buster" it used to be, but after its gutsy win over Florida Statelast week, the Broncos appear to have a chance at what could be another special season. Boise State will host Marshall(9 p.m. ET Friday on ESPN2) in a game that will feature the FPI favorites in their respective leagues. The highest-ranked conference champion from a Group of 5 school is automatically guaranteed a spot in a New Year's Six Bowl. 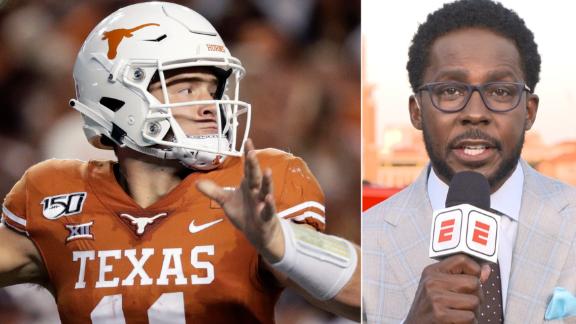