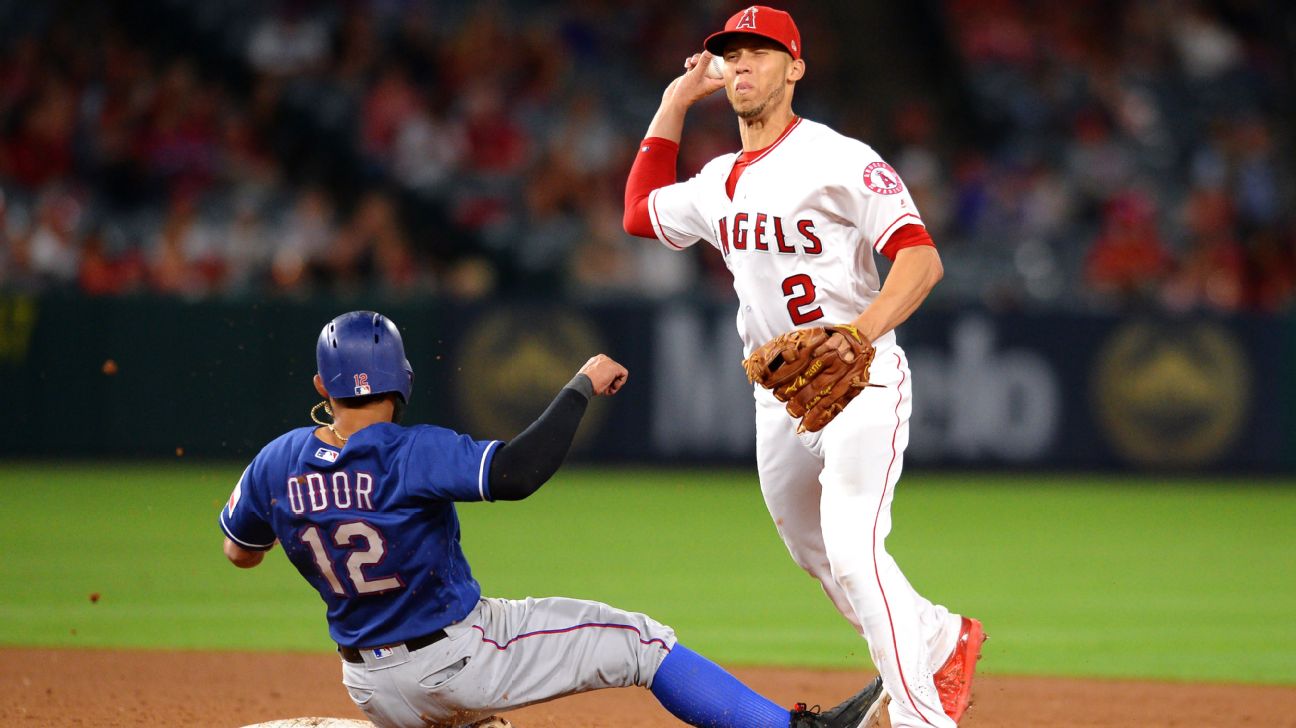 After the game had ended and the benches had cleared, Texas Rangers baserunner Rougned Odor and Los Angeles Angels shortstop Andrelton Simmons had differing views of a slide into second base that left a "nasty gash" on Simmons' left leg.

The game-ending double play sealed the Angels' 6-0 shutout, but Simmons took exception to Odor's attempt to break it up. Benches cleared and peace was quickly restored, but the accounts of the play were just beginning.

"He was angry, but I was like, 'What are you talking about?' I made a good slide. It was not dirty. [Ian] Kinsler was talking to me too, and he was fine. This is part of the game."

"When I get out of the way, I'm normally pretty good, so I don't have a problem normally," Simmons said when asked how often he gets spiked turning a double play.

Simmons refused to elaborate further as to what happened on the play.

"Nothing," Simmons said while eating gelato. "I was trying to tell him, 'You forgot to say hello to your family for me.' He's like, 'No, I didn't forget, I told them.' I was like, 'No, they told me you didn't tell them.' He wasn't very happy about it, so it's OK.

Scioscia and Simmons said the leg would be fine, and the shortstop isn't expected to miss any time.