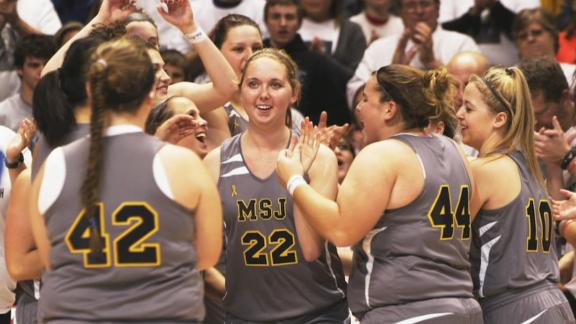 Hill, a freshman with inoperable brain cancer, took a pass in the post and hit a left-handed layup just 17 seconds into Sunday's game against Hiram College. The NCAA allowed the schools to move the game up two weeks in the hope Hill would be healthy enough to play. In September, doctors told her she has only a few months to live.

"I never thought I would play on a college court, put my feet on the floor and feel the vibration of the crowd," Hill said after the game, which the Mount won 66-55. "This game has been amazing, and everything that happened today was amazing. This is a really good day."

On Monday, Cleveland Cavaliers superstar LeBron James took to Instagram to say he was inspired by Hill's performance.

By the time the game tipped off, 10,000 fans had flooded the stands at Xavier University to see Hill play. Mount St. Joseph games typically draw 100 fans, but when word of Lauren's story spread, the demand for tickets and media coverage made a site change necessary. Xavier University offered the use of its arena, and its employees volunteered their time to staff the game.

"The outpouring of support has been incredible," said Mount St. Joseph president Dr. Tony Aretz. "We say at the Mount that we are a community that cares. To bring that to life like this is just incredible."

After she scored, both teams gave Hill a standing ovation before she exited the game. Her teammates mobbed her at center court, her coaches presented her with the game ball and she hugged head coach Dan Benjamin, the man they call Coach Bear. And then she took her seat on the bench and the game resumed.

Because of the headaches and nausea caused by Hill's tumor and the medicine she takes to treat it, she spent most of the game on the bench wearing pink sunglasses and headphones and slapping hands with her teammates as they subbed in and out of the game.

"I love basketball, and it was sad when I couldn't play," she said. "But it was great to be here to support the team because they're supporting me every day."

With one minute remaining in the game, the crowd erupted in a chant of, "We love Lauren ... We love Lauren! Lauren! Lauren!" Then, with 30 seconds remaining, Coach Benjamin called a timeout. When play resumed, Hill had returned to the floor and attempted a layup, which she missed. Her teammate Tara Dennis rebounded the ball and passed it back to Hill, and she scored her second basket of the night, this time on a right-handed layup, to make the score 66-55.

"The first basket was awesome because I was happy I made it on the first try," Hill said. "But I made the second with my right hand. So the second basket was just as sweet."

A natural right-handed shooter, Hill has lost much of the strength in the right side of her body.

"I'm so proud of her," Benjamin said. "I kept telling her all of this, it was all because of her. Her message is spreading, around the nation, to other countries, and it's going to keep getting bigger. That's our goal at the Mount, to keep Lauren's legacy alive."

Over the past few weeks, the game, as well as the #1More4Lauren and #Layup4Lauren hashtags and fundraising campaigns, have caught the attention of college and professional athletes. Among the many celebrities in attendance Sunday were Fred Jackson of the Buffalo Bills, legendary Tennessee coach Pat Summitt, and WNBA standouts Elena Delle Donne, Skylar Diggins and Tamika Catchings.

"It's incredible that Coach Summitt is here, but I'm sure she was just as moved as we all were," said Delle Donne, who attended the game with her mother. "When I read Lauren's story and heard about the game, nothing could keep me away. It's incredible what she's doing and how many people she's reached. To be her age and have the kind of perspective to think beyond herself, she's amazing."

At halftime, Summitt presented Hill with the U.S. Basketball Writers Association's Pat Summitt Most Courageous Award, and representatives from the Indiana Pacers and Fever presented a $5,000 check to The Cure Starts Now. At the end of the game, the team announced that the game had raised $40,000 for TCSN, which raises money to fund research for diffuse intrinsic pontine glioma, the rare type of pediatric brain cancer from which Lauren is suffering.

"To reach and touch this many people is amazing," Hill said. "Not many people knew about DIPG before me, and now that they do, we can get research going to cure this cancer. I won't be around to see that, but it's going to help so many people. That's why the support can't end with this game." 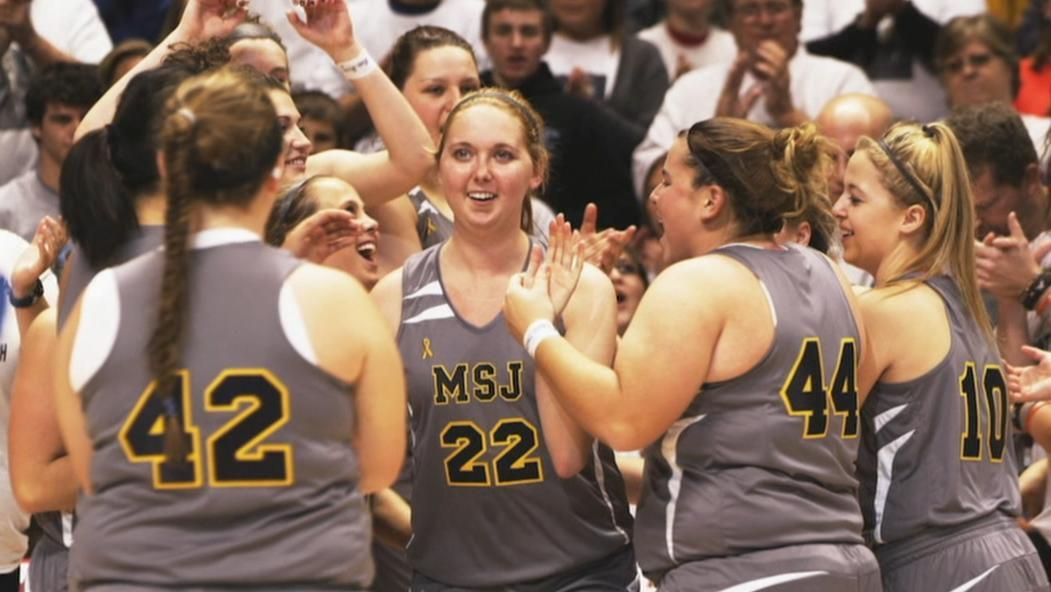 Lauren Hill: One More Game
Tom Rinaldi tells the story of Lauren Hill, diagnosed with inoperable brain cancer and expected to live only until December, as she takes the basketball court for Division III Mount St. Joseph. 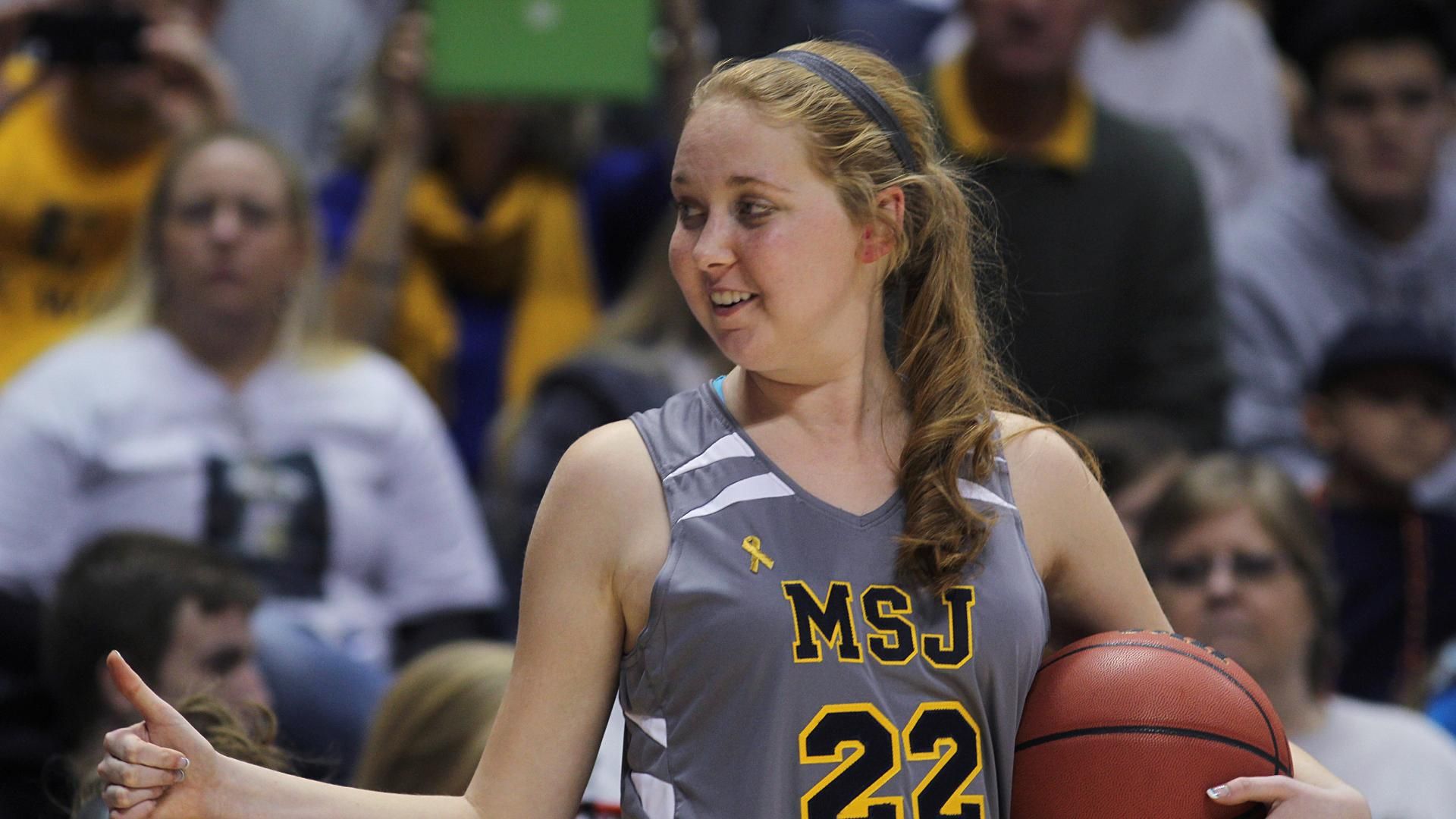 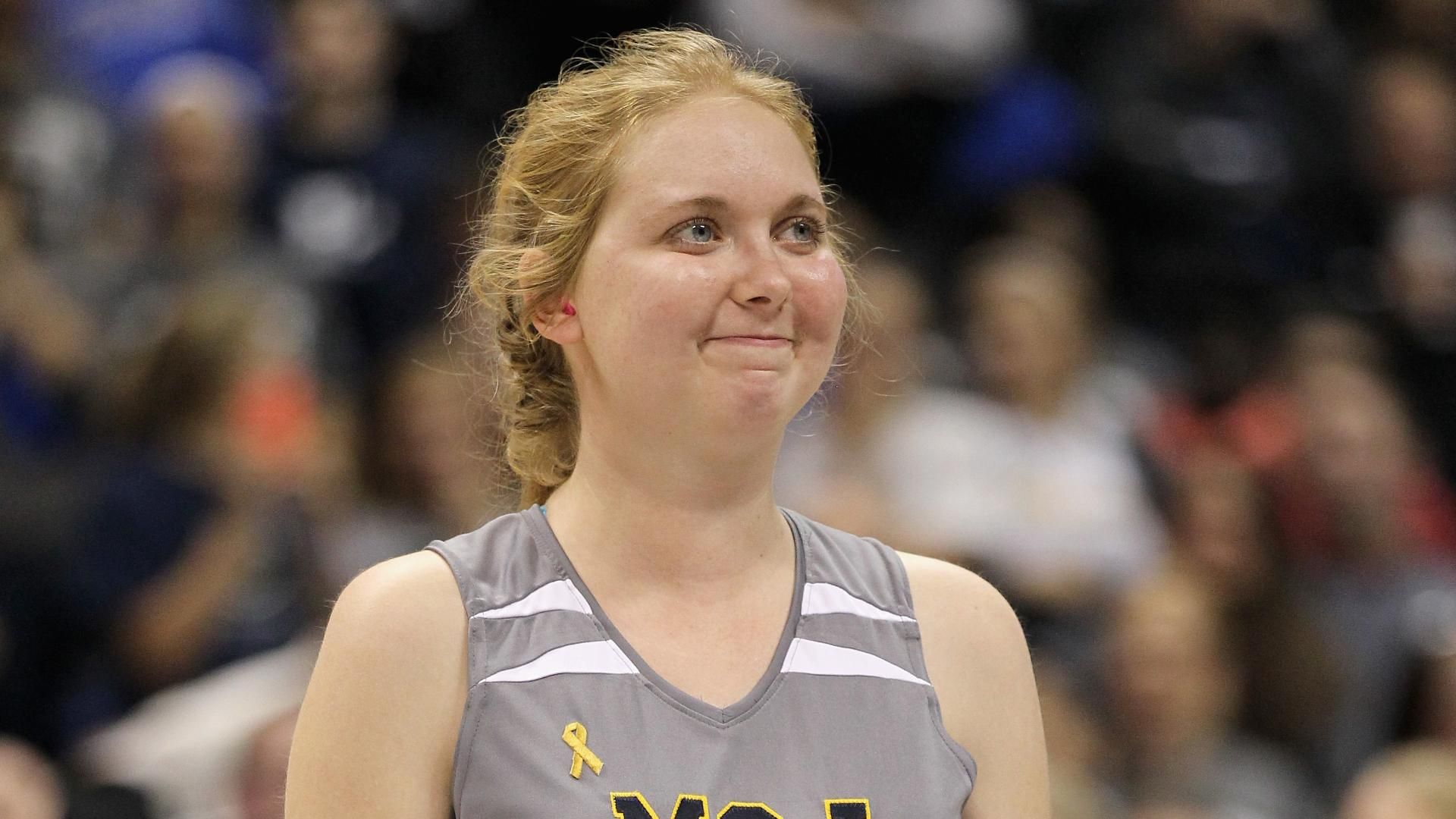