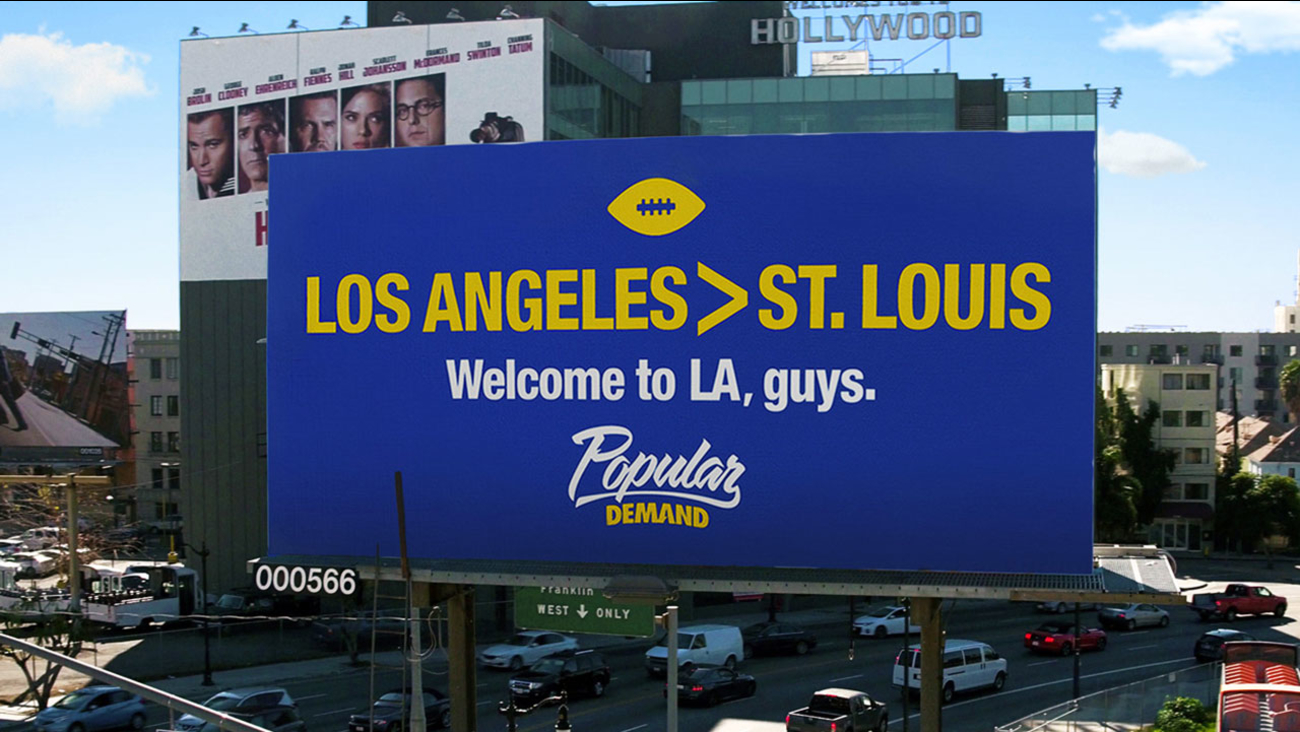 A billboard posted by clothing company Popular Demand at the intersection of Highland and Franklin avenues in Hollywood has outraged many St. Louis fans. (Popular Demand)

The billboard, posted at the intersection of Highland and Franklin avenues, read, "Los Angeles > St. Louis. Welcome to LA, guys."

L.A.-based clothing company Popular Demand commissioned the sign and has no affiliation with the team.

"I just wrote a greater than sign from L.A. to St. Louis. It's not like I was like, 'St. Louis is the worst.' I just think L.A. is better and it's where we want to be and this is where the Rams want to be," Ricciardi told ABC7.

Ricciardi said he saw the advertisement as a way to compliment the city and to welcome the football players.

"A few (Rams players) may have told us they thought it was amusing. I mean it's funny. I don't think when they were playing in St. Louis they didn't like the city at all. But I think they're also pretty excited to be here. It's L.A., it's where everyone wants to be," Ricciardi, who is originally from Boston, said.

As expected, the response from outside of SoCal was not positive, with many calling the billboard cruel, classless and disrespectful.