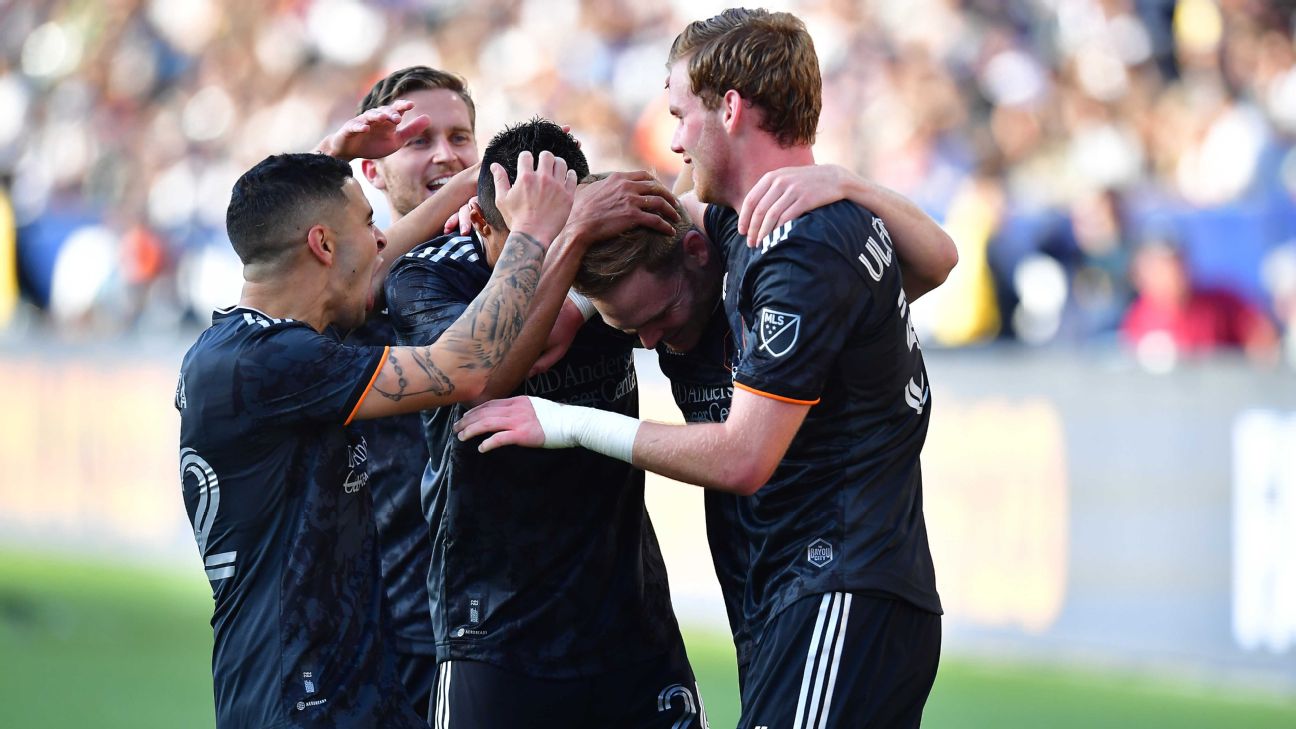 Sebastian Ferreira scored the opening goal of the match and assisted on the next two, leading the Houston Dynamo to a 3-0 win over the LA Galaxy on Sunday night in Carson, California.

Tyler Pasher and Thorleifur Ulfarsson also scored for the Dynamo (5-5-3, 18 points). Ferreira, with the nickname "Sebas" on the back of his jersey, almost added a second goal, but his volley in the 68th minute was saved.

Before that, Ulfarsson danced and faked his way toward the box, making space for a left-footed shot that got by goalkeeper Jonathan Bond in the 62nd minute, his first goal of the season. He was issued a yellow card for excessive celebration, taking off his jersey to display a message on a T-shirt.

It was the second Houston goal in four minutes. Pasher chipped a left-footer that seemed to surprise the Galaxy defense, which did not come out to challenge him, and the ball eluded Bond for a 2-0 lead.

The Dynamo took the lead for good in the 11th minute, Ferreira collecting the rebound of a saved shot, hopping over a defender and shooting the ball into the net.


The Galaxy dropped from fourth place to fifth in Major League Soccer's Western Conference, while the Dynamo moved up to seventh place from eighth.

Houston also moved into the lead in the overall head-to-head series against the Galaxy, at 13-12-10. Dynamo goalkeeper Steve Clark recorded his fourth clean sheet with six saves, including a stop at close range of the Galaxy's Kevin Cabral in the 81st minute and some huge saves in the first half.

Bond had allowed less than a goal per match this season until Sunday. 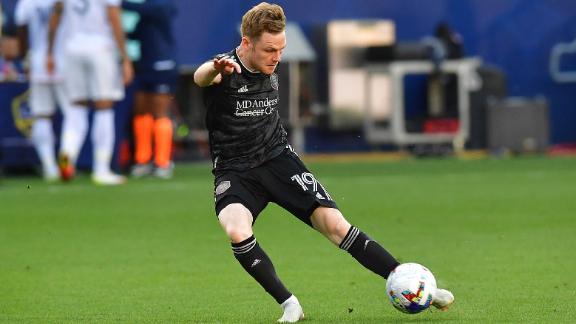 Tyler Pasher unleashes brilliant left-footed strike against the Galaxy
Tyler Pasher cuts inside and curls in a beautiful strike to put the Dynamo up 2-0 over the LA Galaxy. 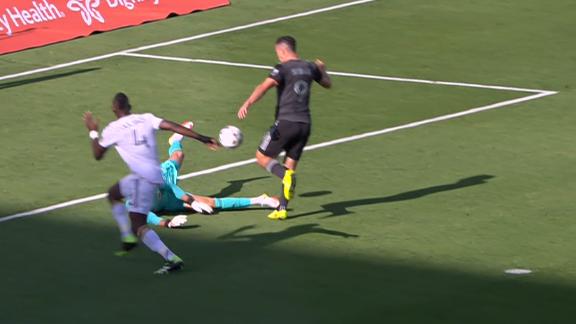