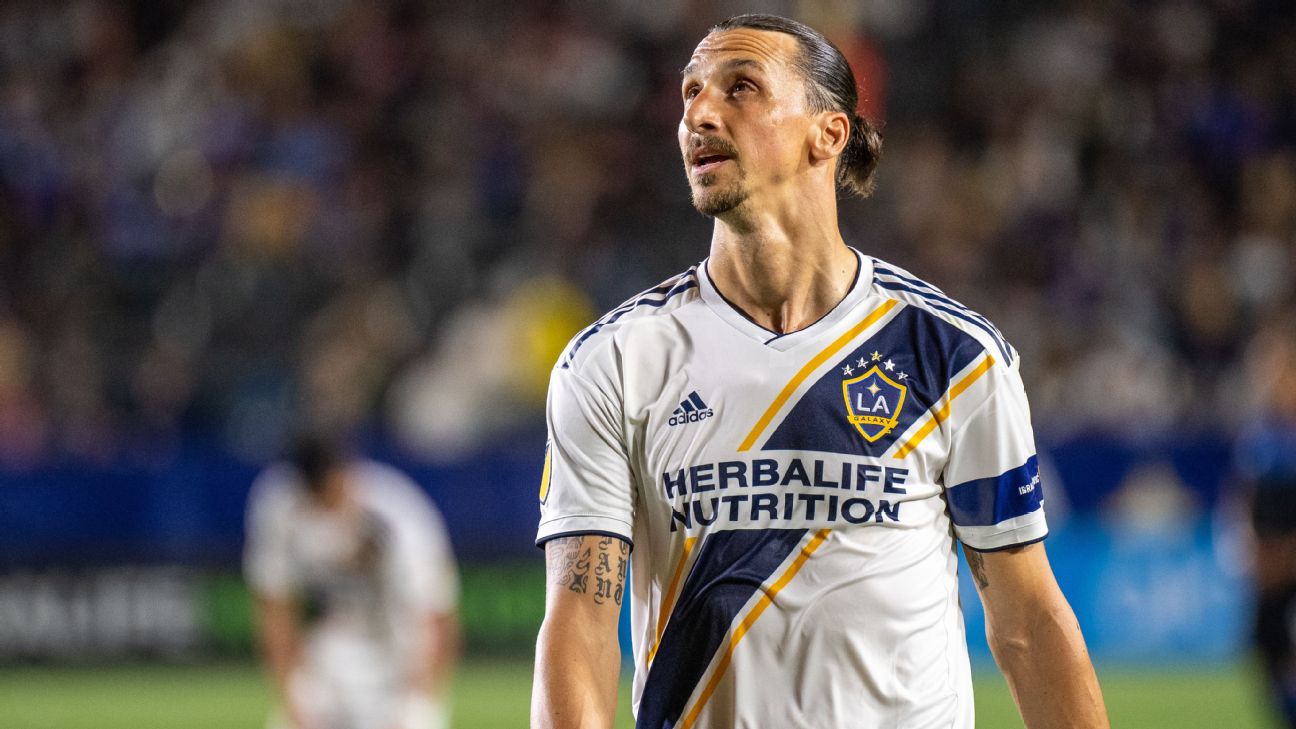 Ibrahimovic was denied two penalties in Galaxy's 2-1 defeat to D.C. United last time out. The former Manchester United forward said he felt he was being "hunted" in MLS, after escaping a ban following an elbow onLAFC defender Mohamed El-Munir.

In May, Ibrahimovic wasfined for simulation/embellishment by MLS' Disciplinary Committeeafter he was involved in a clash withColumbus Crew goalkeeper Zack Steffen in Galaxy's 3-1 loss.

Galaxy were left to rue a string of key decisions that did not go in its favor against D.C. United.Frederic Brillant andJalen Robinson both tussled with Ibrahimovic inside the penalty area but no spot kick was given and VAR was not used.

And coach Schelotto suggested referees need help when it comes to dealing with Ibrahimovic.

"To be honest I think sometimes, in some plays, I don't know why some referees do not use the VAR with Ibra because I could see the penalty for Columbus and I could see twice in the D.C. United game," Schelotto said.

"Everything that happens around Ibra is a matter for discussion. Maybe it happens with other teams but those teams or those players don't attract the same attention. Because he is Ibra, situations are exaggerated a lot and also [for the referee] to claim [a foul] they have to be very clear.

"For Ibra it was a penalty. But if we have VAR, we need to use it because Ibra went to the floor and felt something and I don't know why he [the referee] didn't check it."

Galaxy's defeat to D.C. United was its third loss in a row and the third successive match in which Ibrahimovic failed to score. They face a real battle to book their postseason ticket, languishing in fifth place on 37 points with 10 matches remaining.

"We haven't defined a target number of points, but yes, we are going to shoot for over 50 points," Schelotto said. 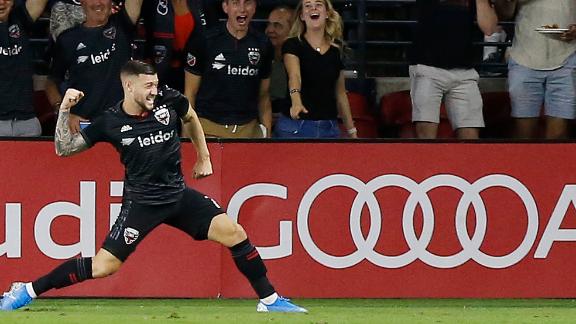 D.C. United overpower Zlatan's LA Galaxy
D.C. United moved up to third in the Eastern Conference with a 2-1 win over Zlatan Ibrahimovic and the LA Galaxy. To watch more MLS sign up to ESPN+. 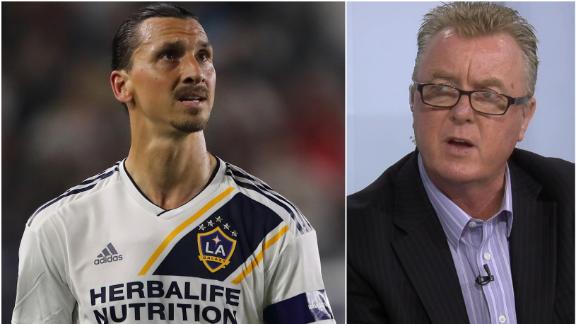 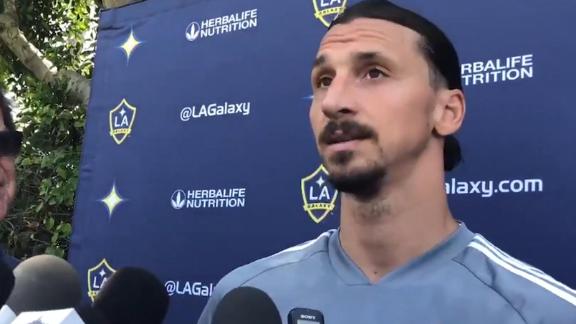