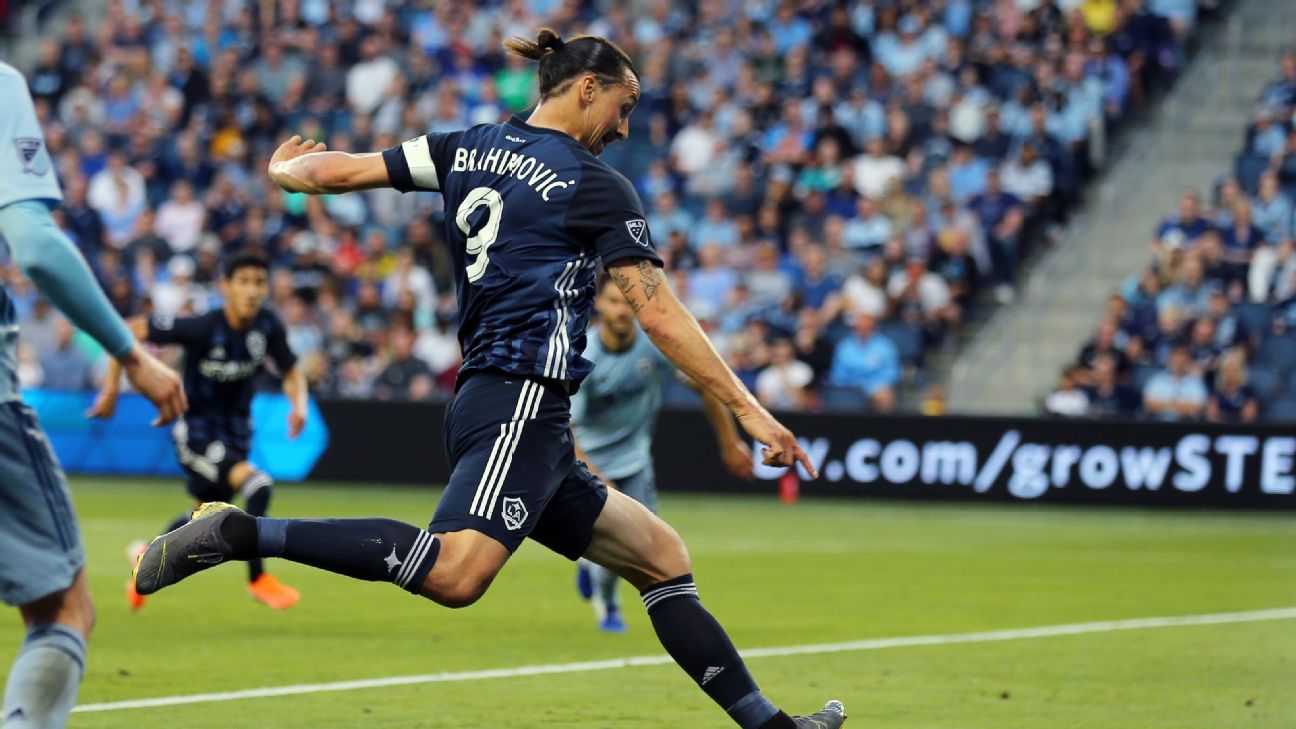 Zlatan Ibrahimovic scored in his return from suspension as the LA Galaxy secured a 2-0 victory over Sporting Kansas City on Wednesday night in Kansas City, Kansas.

Ibrahimovic set up the Galaxy's opener for Favio Alvarez's goal with a headed pass and later tacked on his 10th of the season as the Galaxy (9-5-1, 28 points) won their second straight match after losing their previous four.

Sporting Kansas City (3-5-5, 14 points) had a season-high 12 corner kicks but put just five of 18 shots on target while dropping to 1-4-4 over their last nine matches.

Galaxy goalkeeper David Bingham made five saves while registering his second straight shutout and fifth of the campaign.

Midfielder Perry Kitchen began the sequence of the first Galaxy goal by sending a cross from the right side into the box. Ibrahimovic headed the ball toward Alvarez, who was alone in the middle and headed the ball past Sporting KC goalkeeper Tim Melia into the lower left corner of the goal.

Alvarez was playing in his third game for the Galaxy since being acquired from Argentine club Atletico Tucuman earlier this month.

Sporting KC nearly tied the contest in the 62nd minute. Forward Johnny Russell's corner kick went directly to midfielder Felipe Gutierrez, who sent a header over the hand of Bingham but the ball hit the crossbar and went over the net.

Daniel Salloi had a chance in the 81st minute, but the Sporting KC forward sent his right-footed blast over the net.

Five minutes later, Ibrahimovic put the game away. He used his chest to gain control of a pass from forward Uriel Antuna and sent a right-footed shot that deflected off Melia and into the net.

Melia made three saves as the Galaxy put five of nine shots on target.

Sporting KC star defender Matt Besler didn't start but entered the game at the start of the second half and played the remainder of the contest.

Forward Krisztian Nemeth, tied for the team lead with seven goals, missed his second straight match due to a suspension for a serious foul against the Vancouver Whitecaps on May 18. 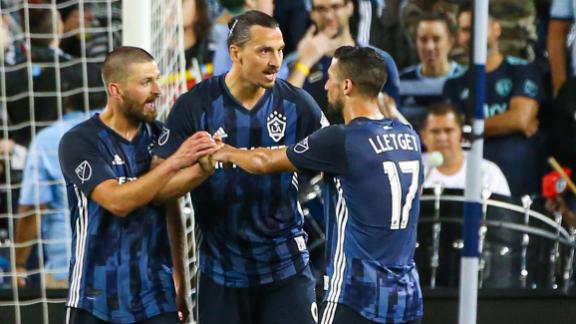 Zlatan scores and assists in Galaxy win over SKC
Th LA Galaxy moved up to second in the Western Conference, with Zlatan Ibrahimovic involved in both goals of a 2-0 win over Sporting Kansas City. 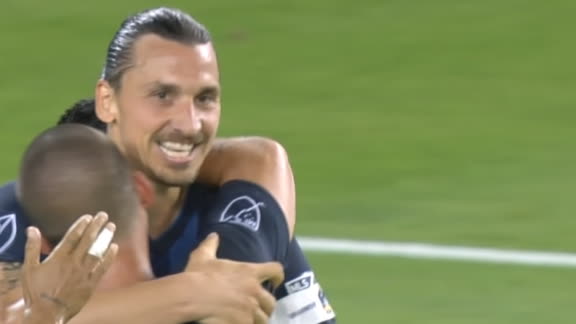