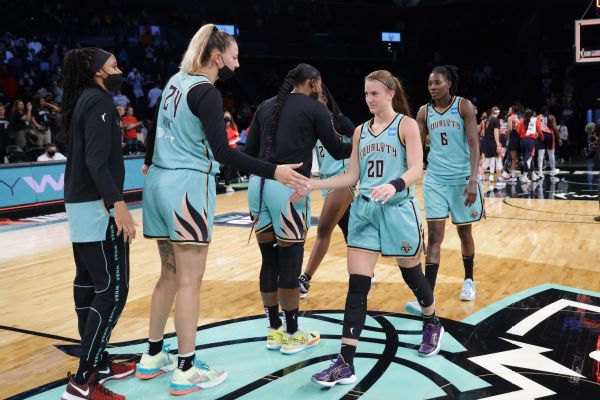 After finishing with just two victories last season, the New York Liberty are back in the WNBA playoffs for the first time since 2017.

They earned the No. 8 seed on the final day of the regular season Sunday despite not playing.


New York's postseason appearance will be the first for 2020 No. 1 draft pick Sabrina Ionescu, who was limited to just three games her rookie season because of an ankle injury. New York went 2-20 in the WNBA's shortened 2020 season.

The Sparks, who dealt withmultiple injuries all season and lost 87-84 at Dallas on Sunday, will not be in the postseason for first time since 2011. It's just the fifth time they've missed the playoffs since the franchise launched with the WNBA in 1997.


The Mystics lost 83-77 to Minnesota at home on Sunday. It's the first time Washington has missed the playoffs since 2016. The team was without star Elena Delle Donne for all but one game because of back issues.

With their win Sunday, the Lynx earned the No. 3 overall seed, moving defending champion Seattle to No. 4. Those teams await the first-round winners and will host single-elimination games in the second round Sept. 26.

The second-round winners then face No. 1 seed Connecticut and No. 2 seed Las Vegas in the best-of-five semifinals beginning Sept. 28. The WNBA Finals are also a best-of-five matchup and begin Oct. 10.

Both the Sun (26-6) and the Aces (24-8) finished their regular seasons with victories Sunday. 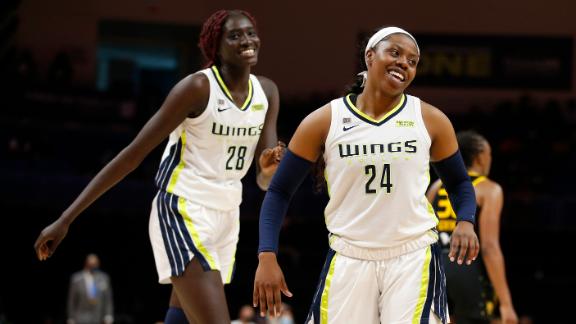