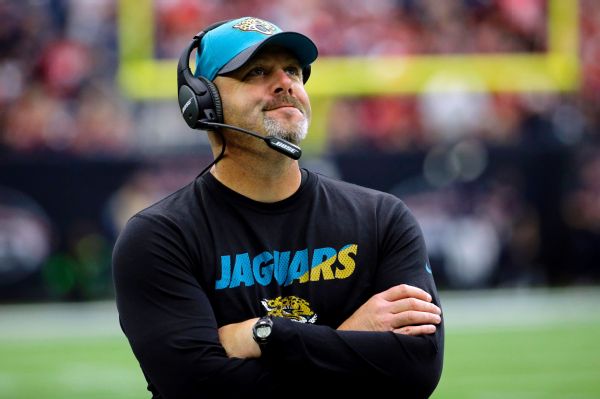 JACKSONVILLE, Fla. -- The Jacksonville Jaguars have fired Gus Bradley, ending his tenure with the second-worst winning percentage of any NFL head coach who has coached at least 50 games.

Owner Shad Khan made the move on Sunday, just hours after the Jaguars' 21-20 loss at the Houston Texans dropped them to 2-12. Sunday's loss was the Jaguars' ninth in a row, which is the most in franchise history in a single season.

GM Dave Caldwell will have a news conference on Monday afternoon to announce an interim coach for the season's final two games. It's likely to be offensive line coach Doug Marrone or defensive backs coach DeWayne Walker.

"I thanked Gus Bradley today for his commitment to the Jacksonville Jaguars over the past four seasons,'' owner Shad Khan said in a statement. "As anyone close to our team knows, Gus gave his staff and players literally everything he had. Our players competed for Gus and I know they have great respect for him, as do I.

"Gus also represented the Jaguars, the Jacksonville community and the NFL in nothing less than a first-class manner as our head coach. That counts for a lot. It is unfortunately evident that we must make a change. I thought it would be best to do it immediately after today's result so Gus can step away, relax and regroup with his family during the Christmas and holiday season.''

Bradley was 14-48 (.226) in three-plus seasons with the Jaguars. The only coach with a worse winning percentage is Bert Bell (.190), who also was the Philadelphia Eagles' owner.

This was supposed to be the season that the Jaguars had a legitimate chance to win the AFC South, which is the worst division in the NFL. Khan said after the 2015 season that a winning record in 2016 was "everybody's reasonable expectation."

That didn't happen, and Sunday's loss to theTexanswas apparently Khan's breaking point. The Jaguars intercepted Houston quarterback Brock Osweiler twice, and Jags return manMarqise Lee returned a kickoff 100 yards for a touchdown, but the Jaguars managed just 150 yards of offense and blew a 20-8 third-quarter lead. They lost their sixth in a row to the Texans.

"I don't know, really, for anybody in this locker room how much more frustrated you can be,'' quarterback Blake Bortles said. "Once again we had all the opportunities in the world, chances in the fourth quarter to score, and we just don't do it.''

The Jaguars haven't won a game since Oct. 16, when they rallied to beat Chicago 17-16. Since then, the Jaguars have lost to Oakland, Tennessee, Kansas City, Houston, Detroit and Buffalo for the third six-game losing streak in Bradley's tenure. The Jaguars' 33-16 loss to Oakland at EverBank Field on Oct. 23 prompted Khan to attend a team meeting the following day to ask the players why the Jaguars weren't winning more games. Three days later, the Jaguars were embarrassed again on national television in a 36-22 loss at the Tennessee Titans.

The Titans rolled up 354 yards and 20 first downs and led 27-0 at halftime. The Jaguars scored two garbage touchdowns to make the score seem less outrageous.

Two days later, Bradley fired offensive coordinator Greg Olson and promoted quarterbacks coach Nathaniel Hackett. The Jaguars' offense has been marginally better in the four games since but still hasn't scored more than 21 points in any of those games.

Before the season, everything appeared to be in place for the Jaguars to be competitive in the AFC South, especially after GM Dave Caldwell rebuilt the defense in the offseason. The unit ranked 26th or worse in scoring defense and 24th or worse in total defense from 2013-15 under Bradley. They gave up a franchise-record 449 points in 2013 and 448 points in 2015. From 2013-15 the Jaguars' defense recorded the fewest interceptions in the NFL (26) and ranked 31st in scoring defense (27.3 points per game), 31st in third-down defense (43.8 percent) and 29th in total defense (375.0 yards per game).

However, the offense, which carried the team a year ago, has been the problem. Quarterback Blake Bortles has not played well in 2016. After setting franchise records in passing yards (4,428) and passing TDs (35) in 2015, Bortles has struggled with turnovers (20) and hasn't made big plays in the passing game. He has regressed mechanically, and in October he brought in a personal throwing coach for two days to help him try to fix issues with his footwork and delivery.

Bradley was Seattle's defensive coordinator when Caldwell hired him to be the Jaguars' fifth head coach in January 2013. Together they set out to rebuild a franchise that was coming off a 2-14 season and had one of the worst rosters in the NFL.

Bradley went 4-12 in his first season and 3-13 in his second, with 19 of those 25 losses coming by double digits. After the 2014 season, Bradley fired offensive coordinator Jedd Fisch over what he said were philosophical differences relating to how much Fisch was asking Bortles to do within the offense. Bradley replaced Fisch with Olson, and Bortles and the offense flourished in 2015.

The Jaguars were 5-11 last season and Khan announced in late December that Bradley would return in 2016, and after the season the owner gave Bradley a one-year extension through 2017. 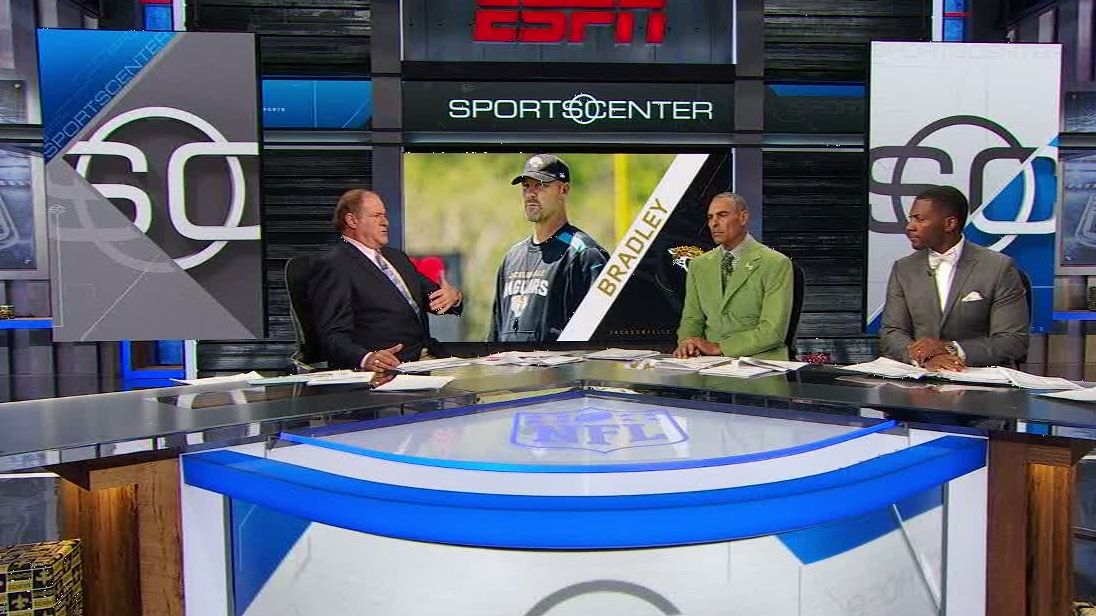 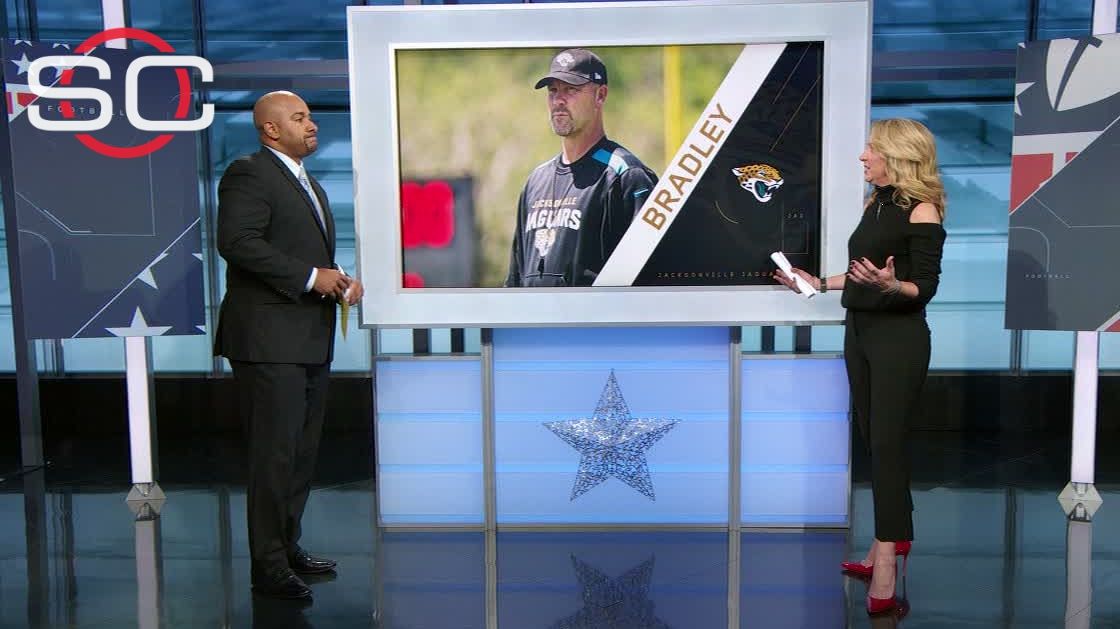