Jameis Winston on FSU halftime speech: 'Just had to light some fire' 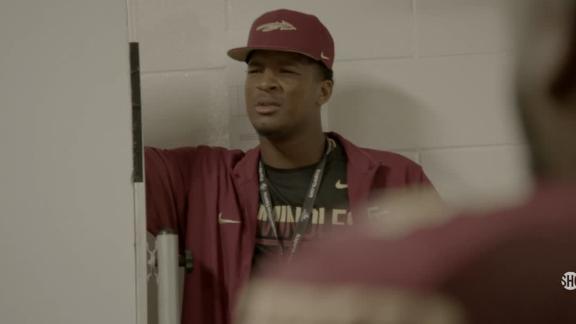 TAMPA, Fla. -- Tampa Bay Buccaneers quarterback Jameis Winston may have planned to wear his Florida State flip-flops to One Buc Place Wednesday to celebrate his alma mater's 45-34 come-from-behind win against Ole Miss, but his fiery halftime speech that went viral over the internet? That wasn't planned at all.

"I just didn't want those kids to be looking like that on national TV," said Winston, who traveled 90 minutes from Tampa to Orlando for the game Monday night. "[Head] coach [Jimbo] Fisher, he's a great coach and I know they had it in them, just had to light some fire. And I'll tell you about that No. 12 [redshirt freshman quarterback Deondre Francois]. Florida State, baby. That's all I'm gonna say. He's a baller."

Fisher didn't even ask Winston, his former Heisman Trophy-winning quarterback who led FSU to an undefeated season and a National Title in 2013, to address the team. "I tried to be quiet when I first got there but I felt we needed it," said Winston, who had been thrust into the spotlight himself as a redshirt freshman. So he began to speak.

"They already talking about the SEC. SEC!" Winston shouted to the locker room. "Florida State! Florida State, your brothers, your team, your heartbeat. We some dogs! We ain't no puppies! We some dogs. Wide receivers, you all cannot be stopped the whole game. We've got the best running back in the whole damn league. And we've got a quarterback that's going to toss that thing. O-line, wake up!"

The video was captured for "A Season With Florida State Football," a TV show that premiered Tuesday on Showtime. "I really don't think they needed it," Winston said of the speech. "I think Coach Fisher was going to get in their tail -- like he could barely talk -- but he was still getting on them. I just felt like I needed to say that."

At the half, the Noles were down 28-13. Francois had led a nine-play, 75-yard scoring drive with 0:28 remaining that made the comeback even possible. On the drive, he found Travis Rudolph over the middle for a 16-yard touchdown, taking a big hit as the ball left his hands.

"I know how hard Coach Fisher worked and how hard he did to prepare those guys," Winston said. "Then Coach Randy Sanders, he was [always] on the sideline with me. I knew when he wasn't on the sideline, I knew, 'I've gotta get right.'"

The Noles did "get right," scoring 33 unanswered points to complete the biggest comeback win in school history. Francois completed 33 of 52 passing attempts for 419 yards and two touchdowns while Dalvin Cook rushed for 91 yards. Marcus Lewis and Tarvarus McFadden each had second-half interceptions, along with Derwin James' pick in the first quarter.

"I can't even give you a summary of what I said," Winston admitted. "It [was] truly just from the heart. I really love those guys in there." 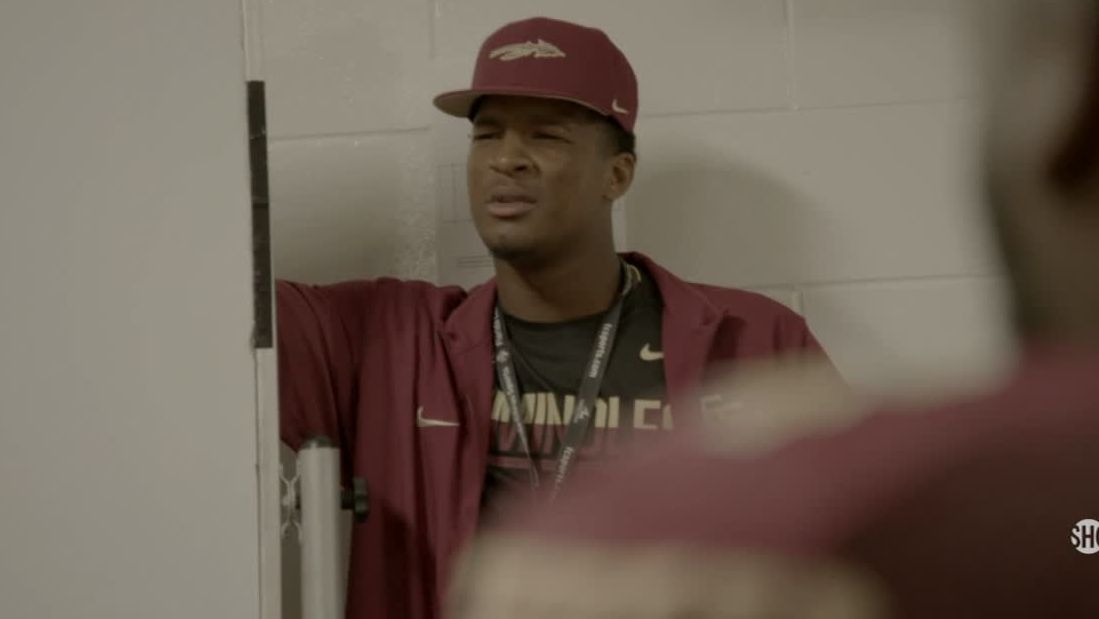