Jason Pierre-Paul has finger amputated, expected to play in '15 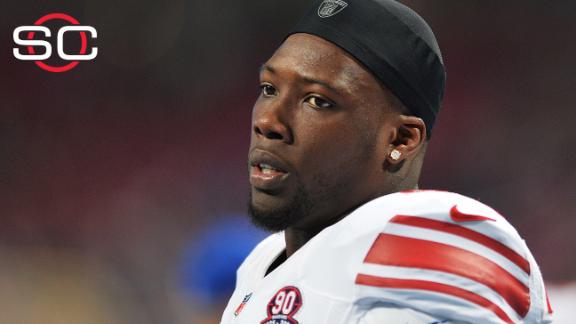 One source characterized the timeline for Pierre-Paul's return as being "sooner than people think" and said he still is expected to play this season.

Pierre-Paul discussed his options with his medical team and family members, according to a source, and decided that the amputation was the best decision for his health and his career going forward.

Pierre-Paul also suffered fractures to his right thumb, a source told ESPN's Ed Werder. Those are expected to take longer to heal than the wound from the site of his amputated right index finger. The source said the fractures might take six weeks while the site of the amputation should heal in approximately half that time.

The player has undergone numerous surgeries and is expected to remain hospitalized for two or three more days, the source said.

Pierre-Paul suffered injuries to both of his hands in an accident involving fireworks last weekend in South Florida, sources told ESPN on Sunday.

He was one of two NFL player to suffer injuries over the Fourth of July weekend asTampa Bay Buccaneers cornerback C.J. Wilson lost two fingers in another fireworks accident.

Team officials flew down to Floridato check on Pierre-Paul and try to determine how extensive his hand injuries were, but never made it out of the waiting room to see him, sources told Schefter.

Pierre-Paul, 26, enjoyed one of his best seasons as a pro in 2014 and the Giants used the franchise tag on him.

Pierre-Paul is technically not under contract with the team as he has not yet signed his one-year franchise tender. The deadline for franchised players to agree to long-term contracts is July 15. If a deal can't be reached by that date, Pierre-Paul would have to play under his $14.8 million tender, unless the Giants decide to withdraw it.

Timetable for Pierre-Paul's return
ESPN Giants reporter Dan Graziano discusses when Giants DE Jason Pierre-Paul could return from his injuries and adjustments Pierre-Paul will have to make in order to perform at a high level in New York's new defense.