Jerry Jones on Tony Romo replacing Dak Prescott: 'You'll know it when you see it' 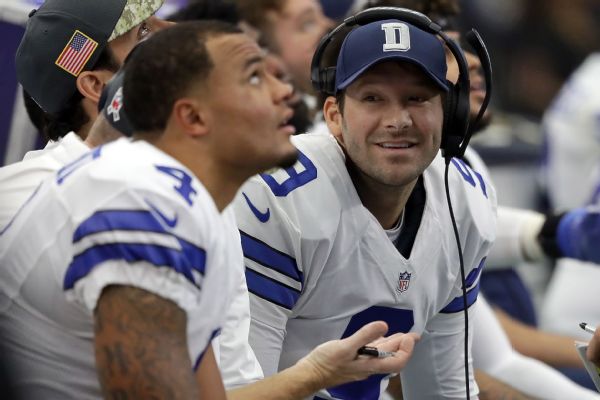 FRISCO, Texas -- Dallas Cowboys owner and general manager Jerry Jones, when asked for a scenario in which quarterback Tony Romo would play this season, made reference to the Supreme Court's 1964 ruling on pornography.

"I don't have a definition for it, but you'll know it when you see it," Jones said on 105.3 The Fan in Dallas on Tuesday. "It's kind of like definition I heard one time of another issue trying to define a negative topic, and they said, 'I don't know how to say it, but it's just something that when you see it, you know it's there.' We'll see it."

On Monday, coach Jason Garrett did not make any season-long proclamation about Dak Prescott's job status, but he backed the rookie.

"You can make it as simple or as complex as you want to make it," Garrett said. "It's pretty simple for us: Dak's going to play quarterback as we go forward."

The Cowboys (11-2) are tied for the NFL's best record and Prescott has 20 touchdown passes and four interceptions. But he has struggled recently, and the Cowboys have scored just 24 points in the past two games.

Prescott has gone three straight games without passing for 200 yards, and he had his first multiple-interception game in Sunday's 10-7 loss to the New York Giants. The Cowboys have converted just two of their past 24 third-down tries, none through the air.

After the loss Sunday, Garrett and Jones said putting Romo into the Giants' game was not contemplated.

Romo has been the backup for the past four weeks after spending the first nine games on injured reserve with a compression fracture in his back. He has not played in a regular-season game since Thanksgiving 2015 and has not finished a full game since Nov. 22, 2015.

On Tuesday, Jones called the quarterback debate a "legitimate discussion."

"I understand the question, but I don't want to get into the scenario. It goes too far into talking about what we don't want to talk about," Jones said, alluding to injury or poor play. "But given the need for [Romo], we want him ready on the spur of the moment to be a part of any effort we make ... to win the ballgames.

"And, so, it would be when we all probably thought it was time for him to come in and play. I don't want to give you those circumstances because I don't like either one of the discussions." 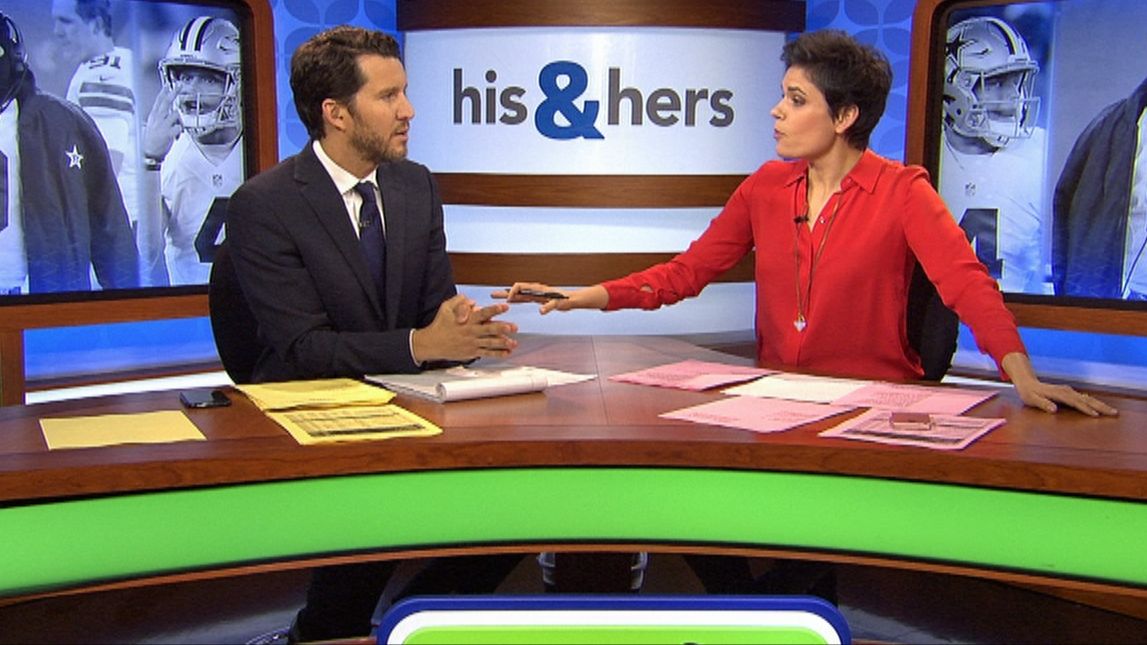