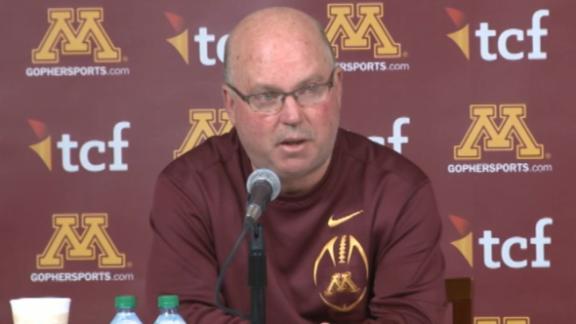 An emotional Jerry Kill announced Wednesday he has retired as football coach of the Minnesota Golden Gophers, effective immediately, because of medical concerns.

The 54-year-old Kill, who has dealt with the effects of epilepsy since 2005, said he attended practice Tuesday after suffering two seizures and has had additional seizures in the past year.

"I don't have any more energy. None. I've left it all here in the great state of Minnesota. And I have no regrets."

Kill took a seven-game leave of absence in 2013 after a series of seizures. He made the decision to step down Wednesday at the advice of his doctor.

"This is not the way I wanted to go out," Kill said. "But you all know about the struggles. And I did my best to change. But some of those struggles have returned. And I don't want to cheat the game. And I ain't going to change.

"I know somebody will ask, 'Coach, what are you going to do?' I don't know. I ain't done anything else. That's the scary part."

Defensive coordinator Tracy Claeys, who led Minnesota to a 4-3 mark acting ascoach in Kill's absence two years ago and has worked with Kill for the past 21 years, has been named interim head coach.

In 2005, while coaching at Southern Illinois, Kill suffered a seizure. A subsequent examination led to the diagnosis of Stage 4 kidney cancer. Kill beat the cancer into remission but experienced several game-day seizures from 2010 to 2013.

After his most serious bout with seizures in October 2013, Kill did not travel with the Gophers for a trip to Michigan. He returned to work from the press box later in 2013 and coached Minnesota from that perch during its loss to Syracuse in the Texas Bowl.

Kill said Wednesday that he feared he was headed toward a situation similar to his 2013 ordeal. He said he has struggled to sleep more than three hours a night in recent weeks and often ignored medical advice.

He said he took years off his life and that of his wife, Rebecca.

"Hell, that ain't no way to live," Kill said. "I've been trying to just kind of survive the situation. I can't do what I love doing anymore."

Kill engineered a turnaround in the Twin Cities, guiding Minnesota from a 3-9 mark in his first season to six wins and a bowl berth in 2012 and the first back-to-back eight-win seasons since 2002 and 2003.

Minnesota is 4-3 this season after a bye week. The Gophers host Michigan on Saturday (7 p.m. ET/ESPN).

Kill said he would devote time to work on his foundation, Chasing Dreams, which supports the Epilepsy Foundation of Minnesota. Maybe that is his next calling, Kill said.

"I've had a bomb dropped on me," Kill said. "I hate losing. I feel like I'm losing today."

Named the Big Ten Coach of the Year in 2014, Kill, a Kansas native, coached at Saginaw Valley State, Emporia State and Southern Illinois before a three-year stint with Northern Illinois of the Mid-American Conference from 2008 to 2010. He has a 156-102 career record.

Kill is the third Big Ten coach to leave his post this year. Tim Beckman at Illinois and Maryland's Randy Edsall were fired, leaving both teams to play for interim coaches. Additionally, Kyle Flood at Rutgers served a three-game suspension, imposed by the school.

Minnesota is also without a permanent athletic director after the resignation of Norwood Teague in August. Teague acknowledged a substance abuse problem and admitted to sexual misconduct involving two female employees at the university.

She said Wednesday that the school would work to help Kill and the Gophers before the administration addresses the future of the coaching position.

"Our focus has been on him," Goetz said, "and what is best for Jerry and his family."

Kill said he would support Claeys, 46, as a permanent replacement. Claeys and offensive coordinator Matt Limegrover headline a staff with more longevity than any other nationally. 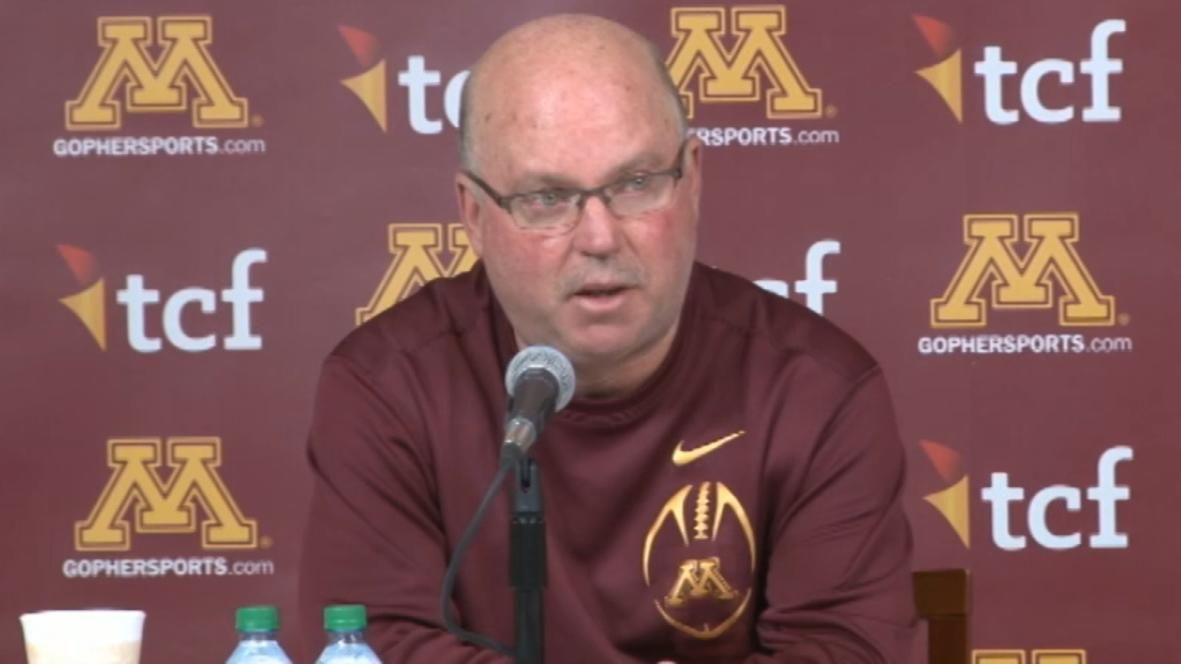 Kill: 'I've given every ounce that I have for 32 years'
Minnesota coach Jerry Kill gets very emotional as he announces his retirement after 32 years of coaching college football. 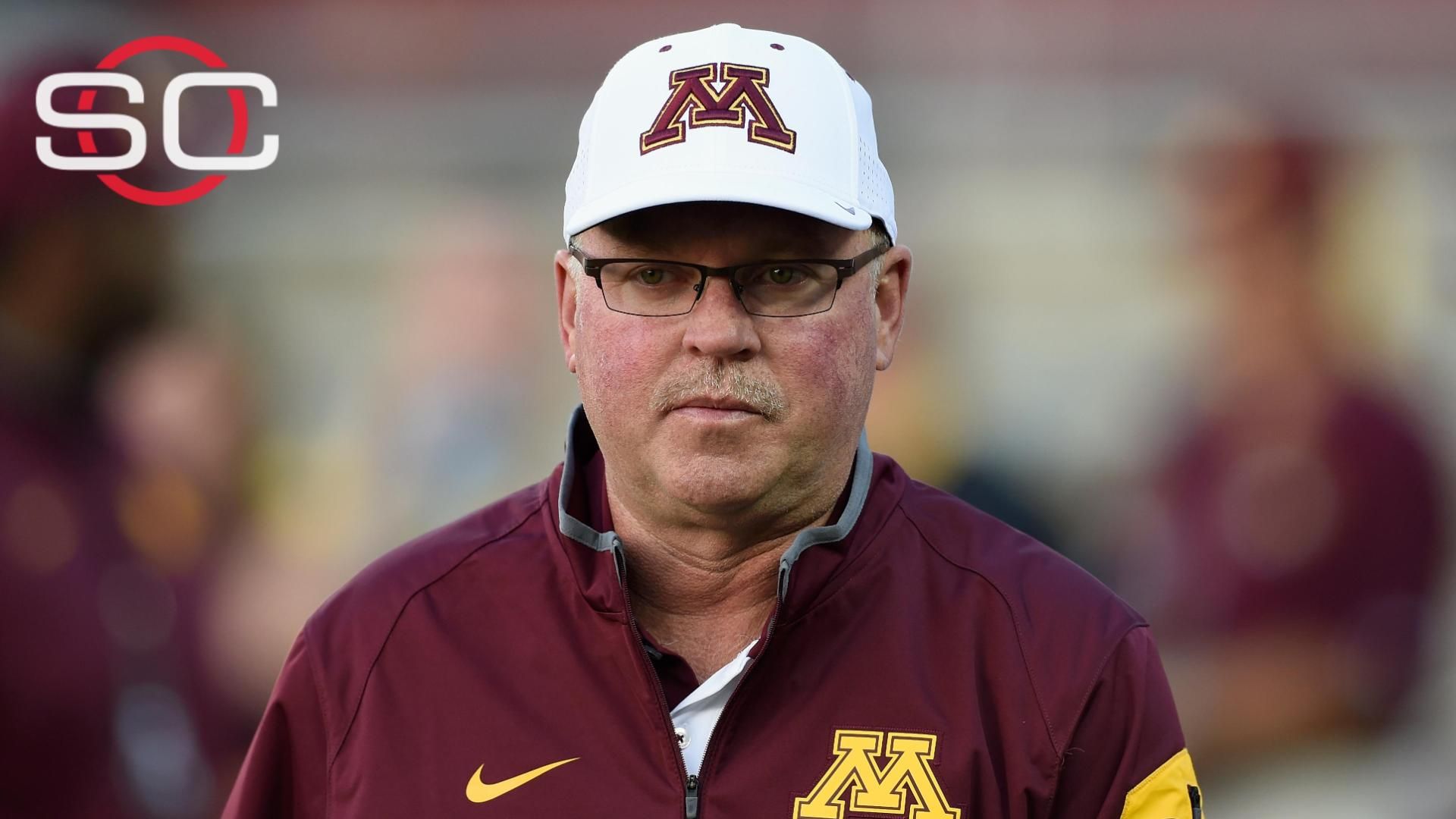 Jerry Kill's legacy
In the wake of Minnesota coach Jerry Kill retiring due to health reasons, Trevor Matich and Todd McShay examine his legacy and what he meant to his players. 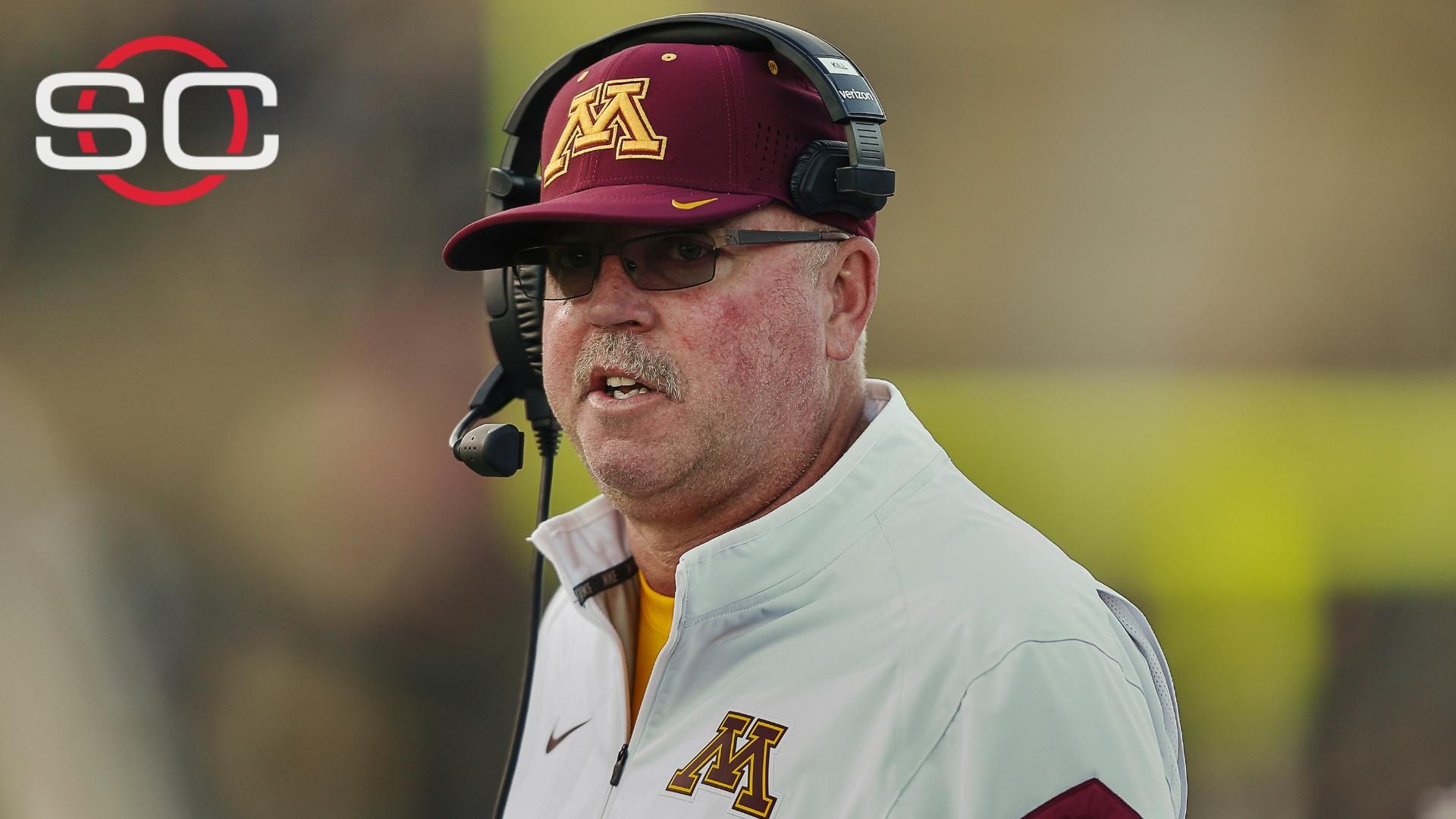