KABC
By Curt Sandoval
PLAYA VISTA, LOS ANGELES (KABC) -- The Los Angeles Clippers officially announced the hiring of Jerry West as a consultant for the team during a press conference Monday afternoon in Playa Vista.

"They've had the best team in town for what - seven straight years? But that hasn't been good enough. They want to try to get to a different level. I promise you, the thing that's going to allow them to get to the next level is Steve Ballmer and his presence," West said.

West, 79, took the job after helping to build the Golden State Warriors, who won their second title in three years. He was also instrumental in signing All-Star Kevin Durant to the team.

Before helping to build the Warriors, West also had a successful period as head coach of the Los Angeles Lakers and a tenure as a consultant, when two NBA titles were won. He then spent a total of 18 years with the Lakers as general manager and executive vice president of basketball operations.

West is also a 14-time NBA All-Star and gold medal Olympian. He also ranks 24th in the NBA's all-time scoring list with 25,192 points. During his playing career, he guided the Lakers to nine NBA Finals and one championship.

At the Monday press conference, West said that he wouldn't have come to the Clippers if it wasn't guaranteed that everyone on the team would stay.

He also said he is not afraid to take chances. 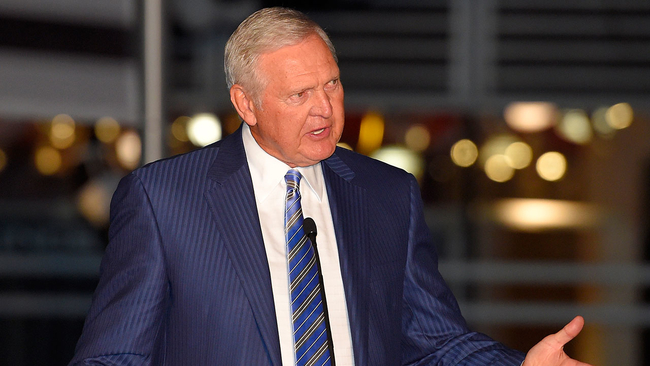