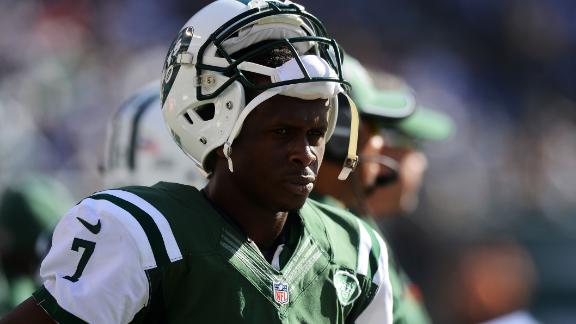 EAST RUTHERFORD, N.J. -- Embattled quarterback Geno Smith lost his cool after the New York Jets' third straight loss, shouting an obscenity at a heckler as he walked off the field Sunday at MetLife Stadium.

Footage of the incident, caught on camera by WCBS 2 New York, shows Smith -- with his helmet off -- glaring into a crowd before spewing the profane response. The heckler isn't seen on camera, and there is no audio of the fan yelling at Smith.

Smith opened his postgame news conference by apologizing for the outburst. He declined to specify what the fan said to set him off, saying only that it came from "one guy," and it wasn't a Michael Vick-related comment.

Nevertheless, the fan was sitting in a section behind the Jets' bench that chanted "We Want Vick!" during the game. Smith suffered another poor performance -- an interception and two lost fumbles -- resulting in a few Vick chants throughout the game.

Smith received a vote of confidence from Jets coach Rex Ryan, who said the second-year quarterback will remain the starter for next week's game at the San Diego Chargers. But the pressure is mounting on Smith, and his outburst showed that it could be affecting him.

"I want to apologize if any kid saw me saying any negative remarks walking off the field," Smith said. "I kind of let my temper get the best of me in that situation. It's part of my learning process. I have to get better with that. I have to let that stuff roll off my back, but today I didn't do well with that."

The incident brought back memories of a similar outburst by Ryan, who was fined $75,000 by the NFL for yelling a profanity at a fan as he walked off the field at halftime of a game in 2011.

According to the NFL's fine schedule, a player is subject to a fine if he uses excessive profanity or is involved in other unsportsmanlike conduct toward an opponent, game personnel or fans. A first-time offender will be fined $11,025.

Smith received public support from his teammates, at least one of whom lashed out at the fans.

Asked how he'd respond to the angry fans, defensive tackle Sheldon Richardson said, "Shut up. If that's the case, produce a child to make it to the NFL, we'll see what he's got. Other than that, just shut up. We've got coaches to do that."

Smith said he had no reaction to the fans chanting for Vick. The fan base is frustrated because Smith has eight turnovers in four games, coming off a rookie season in which he committed 25 turnovers.

"The important thing is that I get my guys rallied up and get them ready to go next week because next week is the most important game for us," said Smith, who completed only 17 or 33 passes for 209 yards and one touchdown.

"We can't dwell on this," he added. "Whatever it is, I have to make sure I right the ship and get this thing going."

Ryan was unequivocal in his support.

Smith is known for his even-keeled demeanor, so his exchange with the heckler was out of character. Veteran guard Willie Colon said it's a no-win situation when players get into it with fans.

"He's a frustrated quarterback," Colon said. "I cuss a lot, too. I'm trying not to cuss right now. There's a lot put on his shoulders -- a lot, day to day. He hears it. I feel bad for the kid, but I'll stand up for him."

Geno Smith Curses At Fan
Jets QB Geno Smith shouted an obscenity at a fan as he walked off the field following New York's loss to Detroit.

Geno Smith Curses At Fan After Loss
ESPN Jets reporter Rich Cimini breaks down the latest on quarterback Geno Smith, who was caught cursing at a fan after the team's loss to the Lions.

Stafford Strong In Lions' Win
Matthew Stafford threw for 293 yards, two touchdowns and ran for another in the Lions' 24-17 win over the Jets. 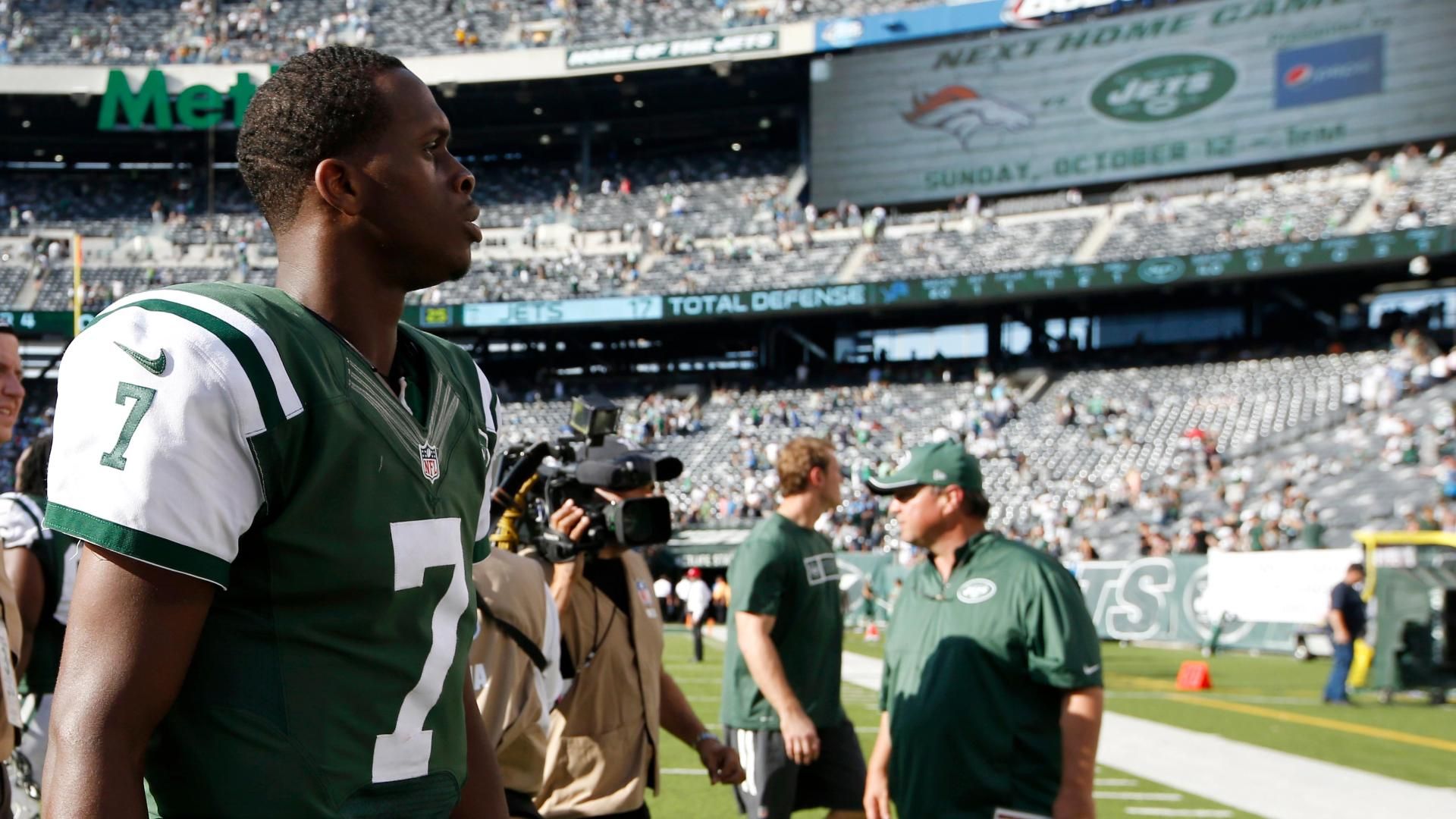