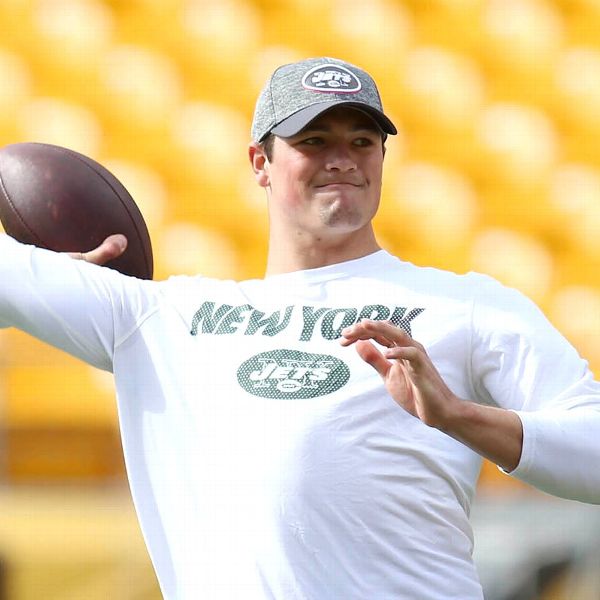 FLORHAM PARK, N.J. -- Quarterback Christian Hackenberg, who never entered a game in two seasons with the New York Jets, was traded Tuesday to the Oakland Raiders, ending an odd and disappointing tenure that leaves a wake of questions.

The Jets will receive a 2019 conditional seventh-round pick for Hackenberg, who will be remembered as one of the biggest second-round disappointments in recent NFL history.

The trade came hours after Hackenberg made critical comments about the coaching staff to reporters. He said the past two seasons were "frustrating" because he didn't "get any information from anybody on how to fix" mechanical flaws in his throwing motion.

Coach Todd Bowles said Hackenberg's remarks had no bearing on the trade decision.

"We had one too many (quarterbacks) to get all of them reps," Bowles said. "We just want to go with the three quarterbacks we have and let these guys battle it out."

He was referring to Josh McCown, Teddy Bridgewater and rookie Sam Darnold. The Jets shopped Hackenberg during the draft after selecting Darnold with the No. 3 overall pick, a source said.

Bowles offered no theories as to why it didn't work with Hackenberg.

"I can't answer that fully," he said. "For some players it takes a while to get going. Some go to Canada, some go to different teams, some do different type of stuff. We did everything we could to help him as best we could."

The Jets selected Hackenberg in the second round of the 2016 draft (No. 51 overall), knowing he'd take time to develop. They ran out of patience, as they traded up to pick Darnold two years later. Maccagnan, criticized for drafting Hackenberg so high, finally signed off on the decision to end the experiment.

Hackenberg was a virtual spectator on Tuesday, receiving no practice reps. By then, the Jets were deep into trade talks with the Raiders.

In two seasons of inactivity, Hackenberg became a historical footnote -- the first quarterback in more than 30 years who was drafted in the first two rounds and didn't play a snap in his first two seasons.

It happened to Hall of Famer Jim Kelly, a first-round pick of the Buffalo Bills in 1983, but his situation was a technicality because he opted to start his career in the USFL. The only other quarterback since the 1970 merger who falls into that category is Gene Bradley, a second-round pick of the Bills in 1980.

"I like the talent he had," Bowles said of Hackenberg. "Obviously, it didn't cultivate here. Sometimes it takes a team or two or three to find your spot. Hopefully, he does that."

Hours before the trade, Hackenberg was upbeat about his NFL future, saying, "All I know is, I'm 23 and I've got a lot of ball in front of me. Hell, my career hasn't even started yet. I'm excited about what the future holds."

Frustrated with the coaching staff, Hackenberg hired Chicago-based quarterback instructor Jeff Christensen after the season to overhaul his throwing motion. He said the organization was apprised of his decision, but Bowles said he had no idea until just recently.

Hackenberg served as the fourth-string quarterback in 2016 and the third-stringer last season. Because of injuries to other players, he was active in five of 32 games. In other words, he wore a uniform five times, but he never stepped on the field.

There were ample opportunities to play Hackenberg in meaningless games in 2016 and '17, yet the coaching staff never felt comfortable with the prospect of him leading the offense.

The crushing blow came in the 2017 finale, a blowout loss to the New England Patriots. Bowles hinted before the game that Hackenberg could see action -- the Jets had long been eliminated from playoff contention -- but he stuck with the struggling Petty for the entire game.

And while the Raiders are set at quarterback with Derek Carr, who signed a five-year, $125 million contract extension last summer, the backup position could be considered murky with Connor Cook and EJ Manuel. Plus, returning coach Jon Gruden was enamored with Hackenberg during his QB Camp show on ESPN in 2016.

Gruden, in an ESPN Insider piece, said he would be "shocked" if Hackenberg was not drafted in the first round.

"He just has to get in the right system with the right people and refocus on the small details," Gruden said at the time. 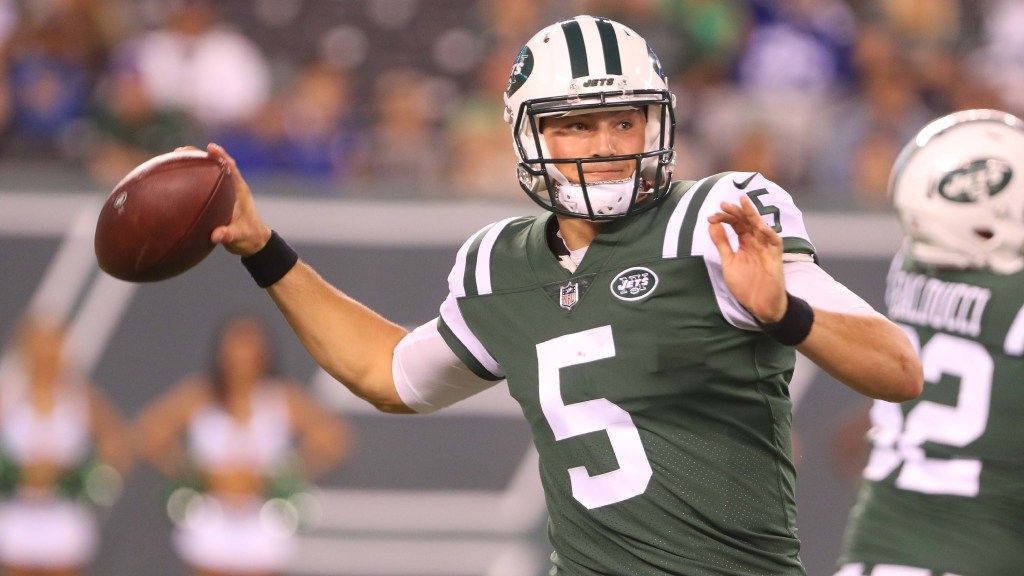