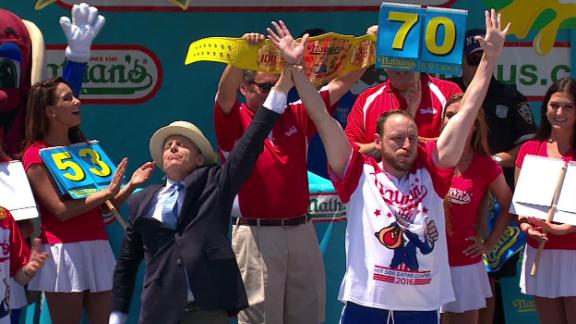 Chestnut, 32, easily secured victory by polishing off 17 more hot dogs than Stonie, who last year ended Chestnut's streak of eight straight wins in a major upset to take the championship title at Nathan's Famous on Coney Island. The 70 hot dogs and buns gobbled by Chestnut were the most ever eaten at the competition. In 2013, Chestnut set a world record by eating 69 hot dogs and buns in 10 minutes. Contest officials said Chestnut also set a record last month when he ate 73 hot dogs and buns during a qualifying event.

As he gripped the mustard-colored belt after his win Monday afternoon, Chestnut said Stonie had "woke up the sleeping giant'' when he beat him out last year.

"Last year was rough,'' Chestnut told the crowd. "This year was the best ever.''

Stonie said there were "no excuses'' for his loss, adding that Chestnut did an amazing job. Both are from San Jose, California.

With thousands of people -- many wearing Nathan's Famous hats -- watching the eaters on an elevated stage along the famed boardwalk -- the next-closest competitor ate 41 hot dogs.

The men's contest came more than an hour after the women competed, with defending champion Miki Sudo capturing first place.

The Las Vegas woman scarfed down 38 hot dogs and buns in 10 minutes to claim the championship title for the third straight year. Both she and Chestnut leave with $10,000 each.

Sudo, 30, downed 4 more wieners than prior champion Sonya "Black Widow'' Thomas, 48, of Alexandria, Virginia, who devoured 34 hot dogs. Thomas had held the championship title from 2011 until she lost in an upset to Sudo in 2014. 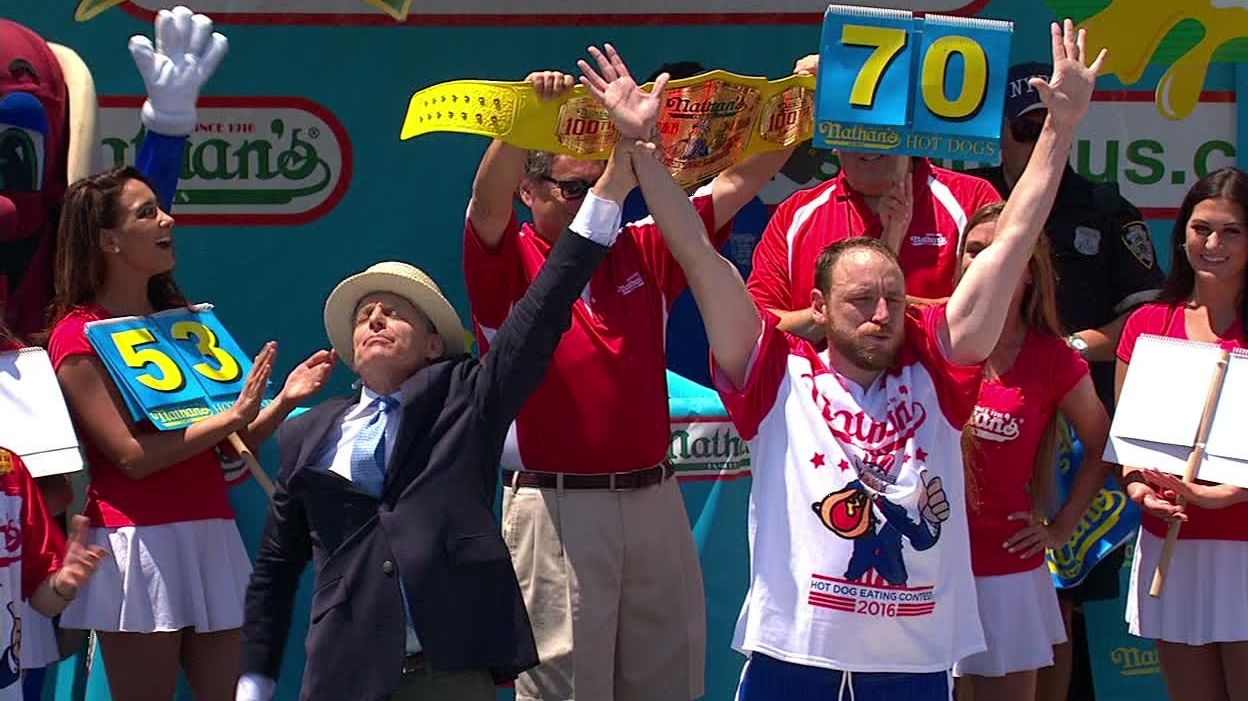 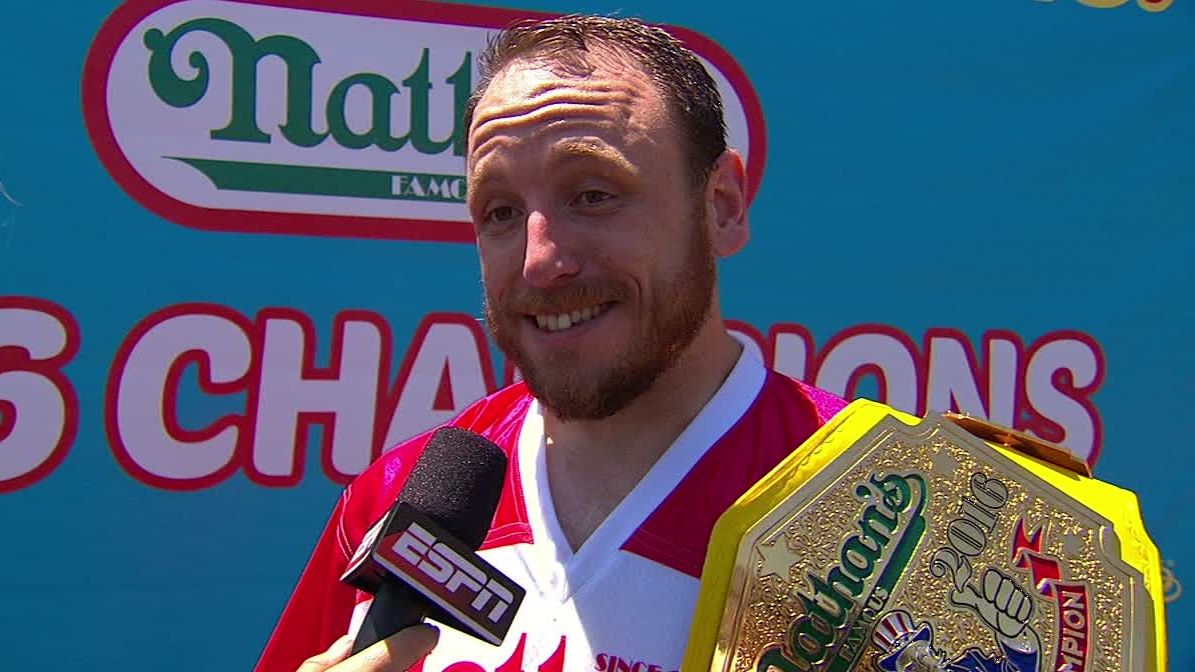