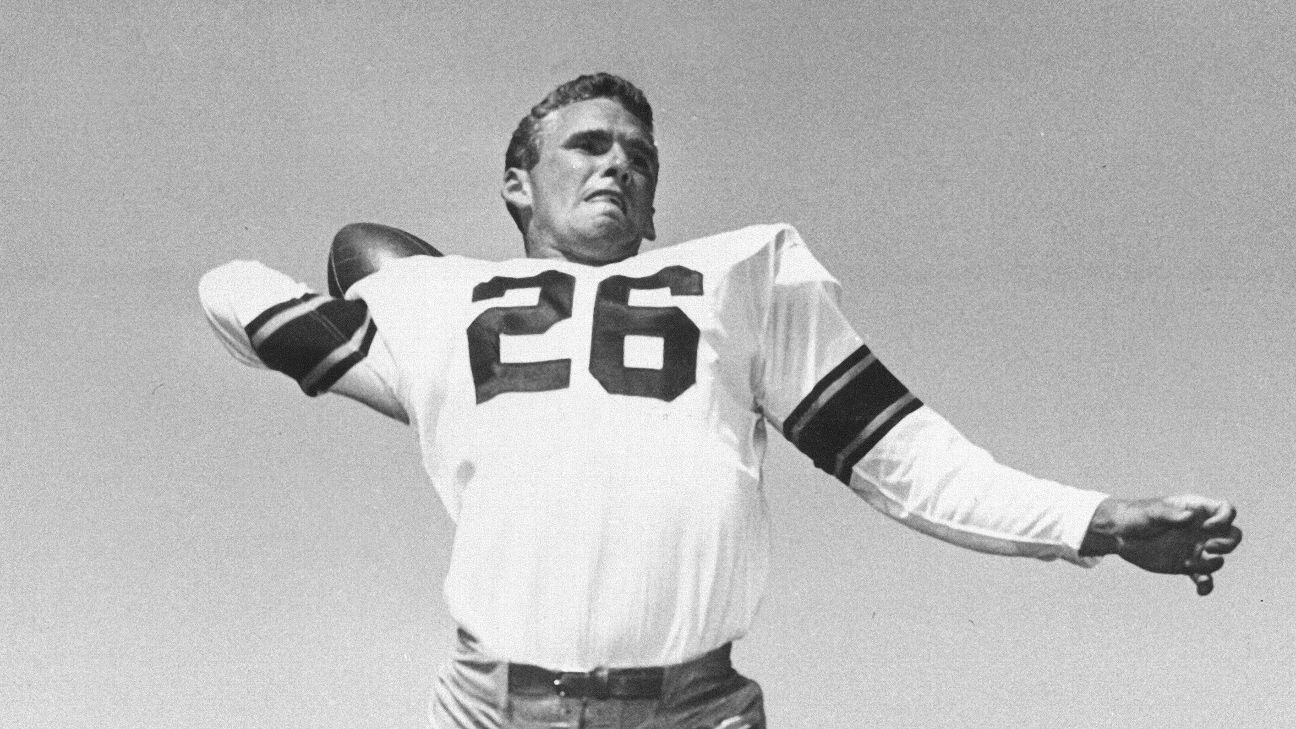 LOS ANGELES -- Jon Arnett, one of Southern California's greatest running backs who went on to become a five-time Pro Bowl player for the Los Angeles Rams, has died. He was 85.


Arnett earned the nickname "Jaguar Jon" for his acrobatic agility and elusiveness running the ball that he honed as a youth gymnast. He lettered at USC from 1954 to 1956. He earned All-American and All-Pacific Coast Conference first-team honors as a junior. He received the Voit Trophy as the West Coast's most outstanding player.

As a senior co-captain playing just half of the 1956 season, Arnett rushed for 625 yards and led the Trojans in scoring (43 points). He played in the College All-Star Game, East-West Shrine Game and Hula Bowl.


The Rams made Arnett the second pick of the 1957 NFL draft and he played with the team until 1963. He was a Pro Bowl selection in his first five years and was an All-Pro in 1958, when he led the NFL in punt return yardage. He still holds the Rams' record for longest kickoff return (105 yards).

He and his wife, Jane, founded the Retired Professional Athlete Association in 2005 to advocate on behalf of retired football players and their families.