Josh McCown will start at QB if healthy 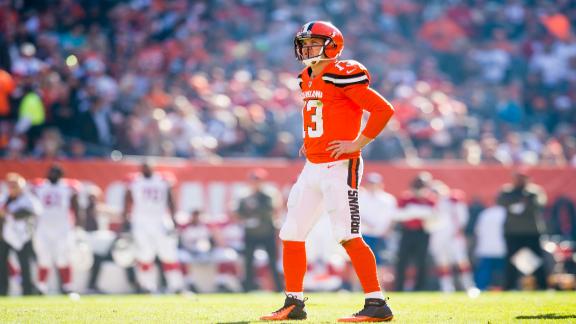 Josh McCown will return to his role as the Cleveland Browns' starting quarterback Sunday against the Pittsburgh Steelers, provided that he is healthy enough to play.

Browns coach Mike Pettine announced Tuesday that he has not settled on a starter yet but emphasized that McCown, who missed Cleveland's last game with injured ribs, is in line to start over Johnny Manziel.

"Josh McCown started the season as our No. 1 quarterback," Pettine said. "He's been out due to injury and potentially is coming back. I get the call for, 'Hey, why not [Manziel]?' We're tasked as coaches to put the roster out there that gives us the best hope to win."

McCown did not practice Tuesday and has not played since taking a shot to his ribs in Cleveland's loss to the Arizona Cardinals on Nov. 1. Manziel started last Thursday's loss to the Cincinnati Bengals, completing 15 of 33 passes for 168 yards and one touchdown -- but went 4-for-15 for 40 yards in the second half.

Pettine spoke generally about young or developing players, and said it's better to play them as part of the natural course of the season as opposed to putting them on the field to see what they can do.

He pointed out that injuries have allowed the Browns to get a look at rookie LB Nate Orchard and safetyIbraheim Campbell, as well as put Manziel on the field when McCown was injured.

Pettine said forcing players onto the field too soon is "a disservice to the other guys in the room."

"We're tasked with winning football games," Pettine said. "At the point, essentially just past the midway point, I understand that the talk is there, especially at the quarterback position. But from a coaching standpoint, the thinking is a little different."

Pettine said that receivers Brian Hartline and Andrew Hawkins have cleared the NFL's concussion protocol. However, cornerback Joe Haden and safety Donte Whitner are still in the protocol and did not practice.

Left guard Joel Bitonio will miss the game and be out "for a while," Pettine said. Bitonio had his ankle rolled from behind in the loss to Cincinnati. First-round pickCameron Ervingwill get his first start. 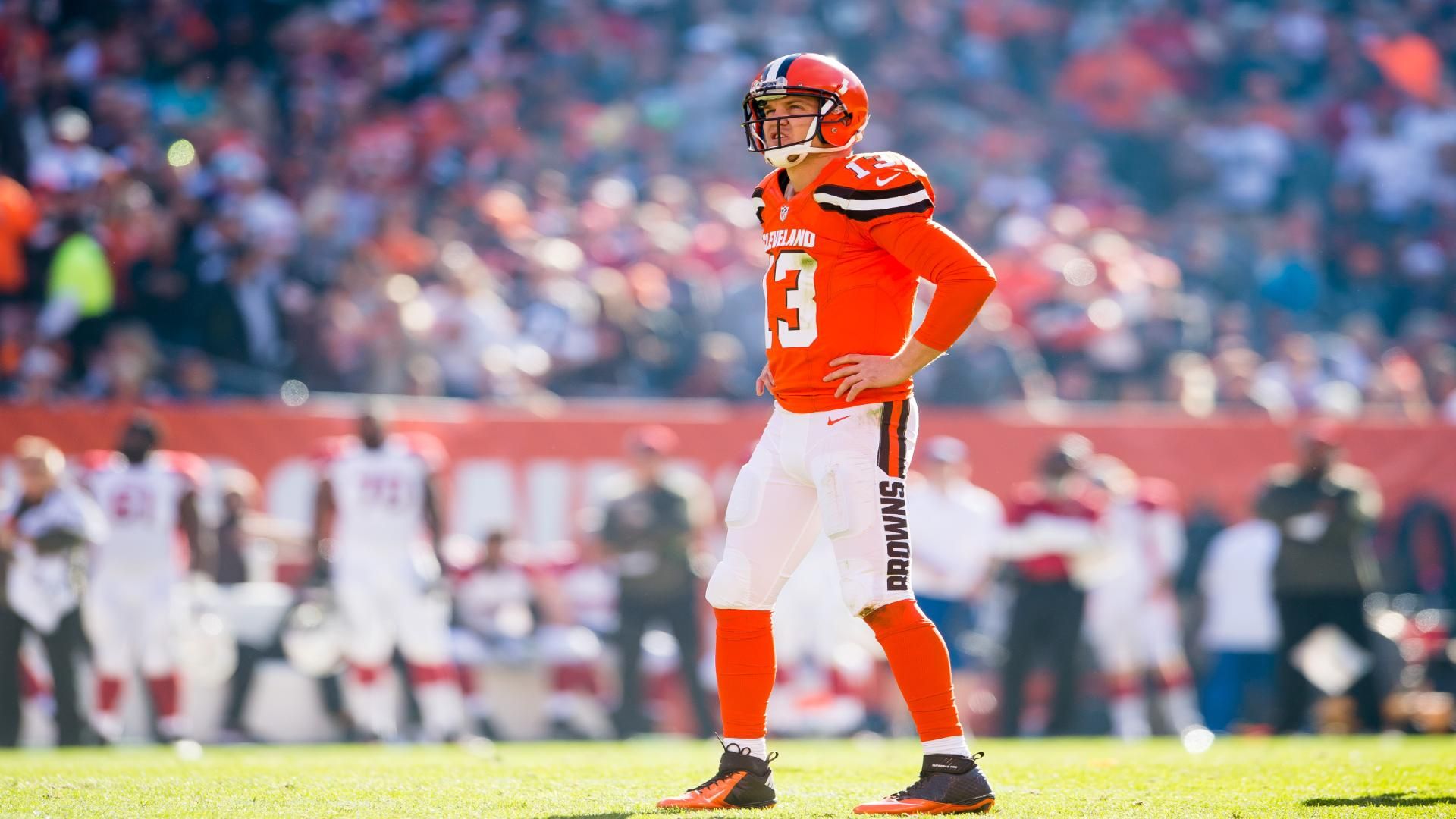