Josh McDaniels not leaving Patriots to be 49ers head coach 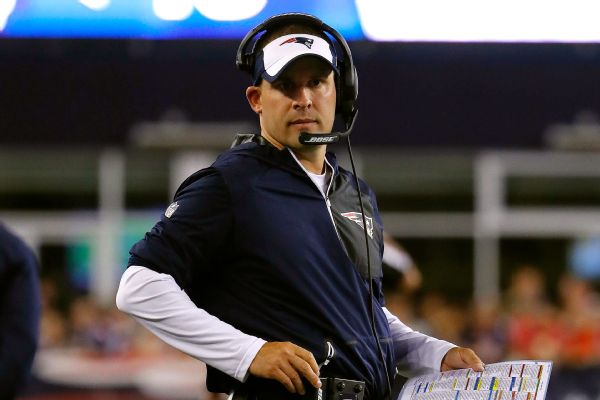 Patriots offensive coordinator Josh McDaniels is withdrawing his name from consideration for the San Francisco 49ers' head-coaching job and will remain with New England in 2017.

McDaniels said he was impressed with 49ers CEO Jed York and the front-office personnel who pitched him.

"They did a great job with their presentation," McDaniels said. "Again, humbled to be included in that process. At this time, it's just best for my family and myself to remain here in New England, and focus on this year's playoffs and finish out the year however it turns out."

McDaniels had told the 49ers that he would give them an answer by Sunday, a source told ESPN's Dan Graziano.

The 49ers are now homing in on Atlanta Falcons offensive coordinator Kyle Shanahan, a source told ESPN's Adam Schefter. He could face similar considerations as McDaniels, however, as long as the Falcons are still in playoff contention. Falcons head coach Dan Quinn was in a similar spot a couple of years ago. He was on the Seahawks' coaching staff while they were in the Super Bowl, but he still reached an agreement with Atlanta to become their head coach. That may give Shanahan some leeway in discussions.

McDaniels served as the Patriots' offensive coordinator in 2008 before being hired as the head coach of the Broncos in 2009. He went 8-8 in his first season before being fired in 2010 after stumbling to a 3-9 record. He spent a year as offensive coordinator and quarterbacks coach of the Rams before returning to the Patriots in 2012 in the same capacity.

"I've always said how grateful I am for this opportunity to work here for Mr. Kraft and his family and coach under Bill [Belichick], with a lot of great guys on our staff and have the privilege to work with the players we get to work with each day," McDaniels said. "It's a great opportunity, very thankful to be here, and very much looking forward to this week against Pittsburgh."

Josh McDaniels to remain with Patriots
Adam Schefter reacts to the news that Patriots offensive coordinator Josh McDaniels is withdrawing his name from consideration for the 49ers' head-coaching job and will remain with New England. 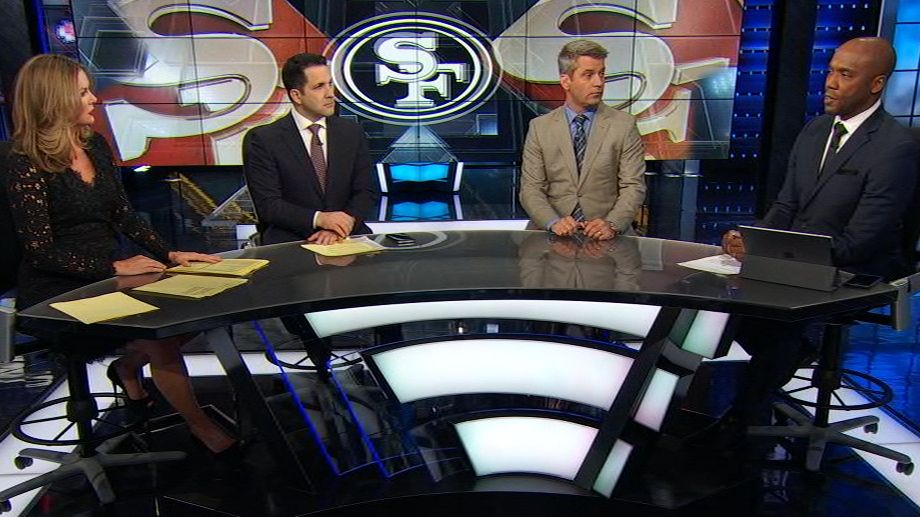