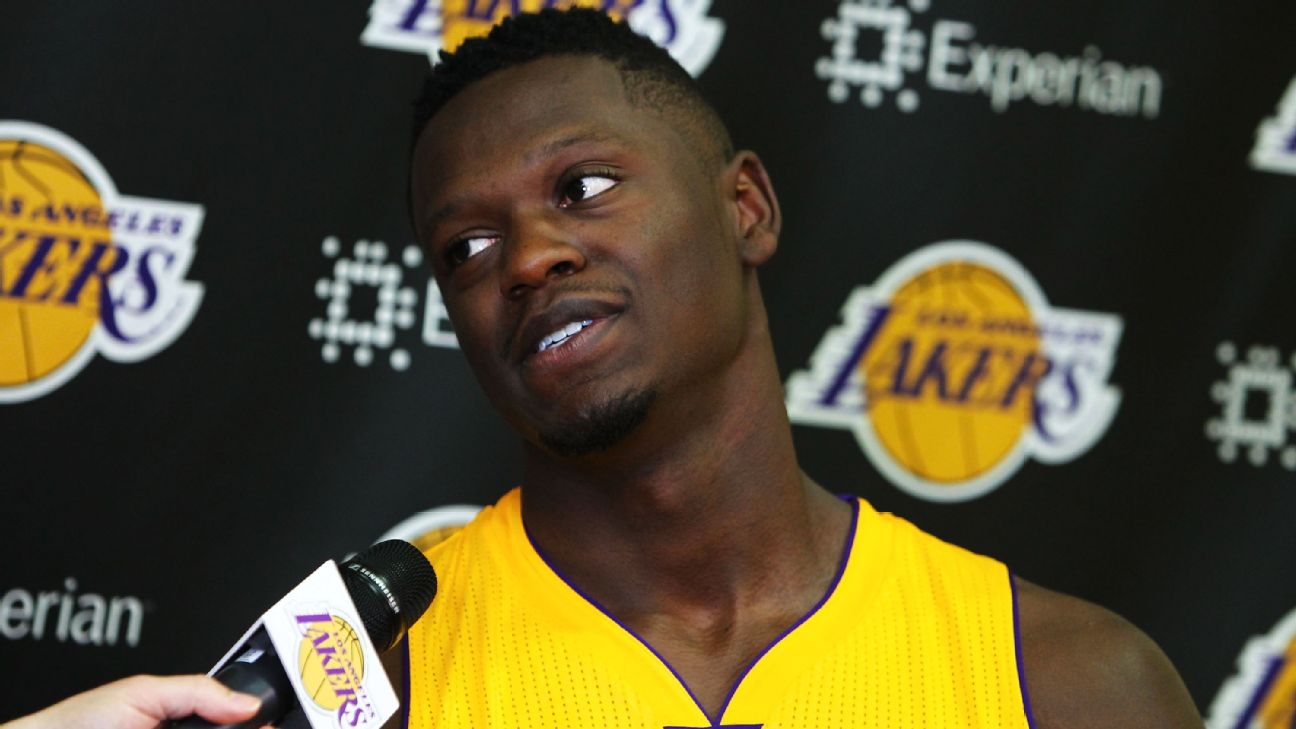 Remember when, not so long ago, top athletes starred in cheesy commercials for local businesses?

Well, Jimmy Kimmel misses those days, so he turned to Los Angeles Lakers forward Julius Randle to revive the tradition.

In a segment that aired Friday, Randle played pitchman for the L.A. Rocking Chair Store, touting its 2004 award for being the best rocking chair store in Los Angeles, and boasting,"They got so many chairs, my butt doesn't know where to start."

The ad is also loaded with cheesy "rocking" puns and tacky visual effects befitting a turn-of-the-century production.You can watch the full segment below:

The Lakers will be hoping Randle can rock rims as well as he rocks chairs entering his fourth NBA season.

After missing virtually his entire rookie campaign due to injury, the seventh overall pick from 2014 has 110 dunks over the past two seasons, averaging 12.2 points per game on 45.7 percent shooting in that span.