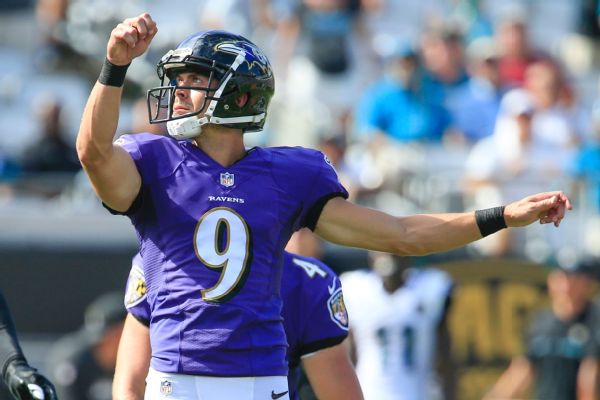 BALTIMORE -- Justin Tucker is the first NFL kicker in three years to make three field goals beyond 50 yards in a single half.

In the first half Sunday, Tucker converted from 52, 57 and 54 yards for the Baltimore Ravens, who led the Cincinnati Bengals 16-3 at halftime. He added a field goal in the fourth quarter in the Ravens' 19-14 victory.

This is the first time a kicker has made three 50-yard field goals in one half since Phil Dawson did so against the Ravens in 2012, according to ESPN Stats & Information.

He joins Adam Vinatieri, Matt Prater and Dan Bailey as the only kickers with multiple field goals made from 50-plus yards this season.