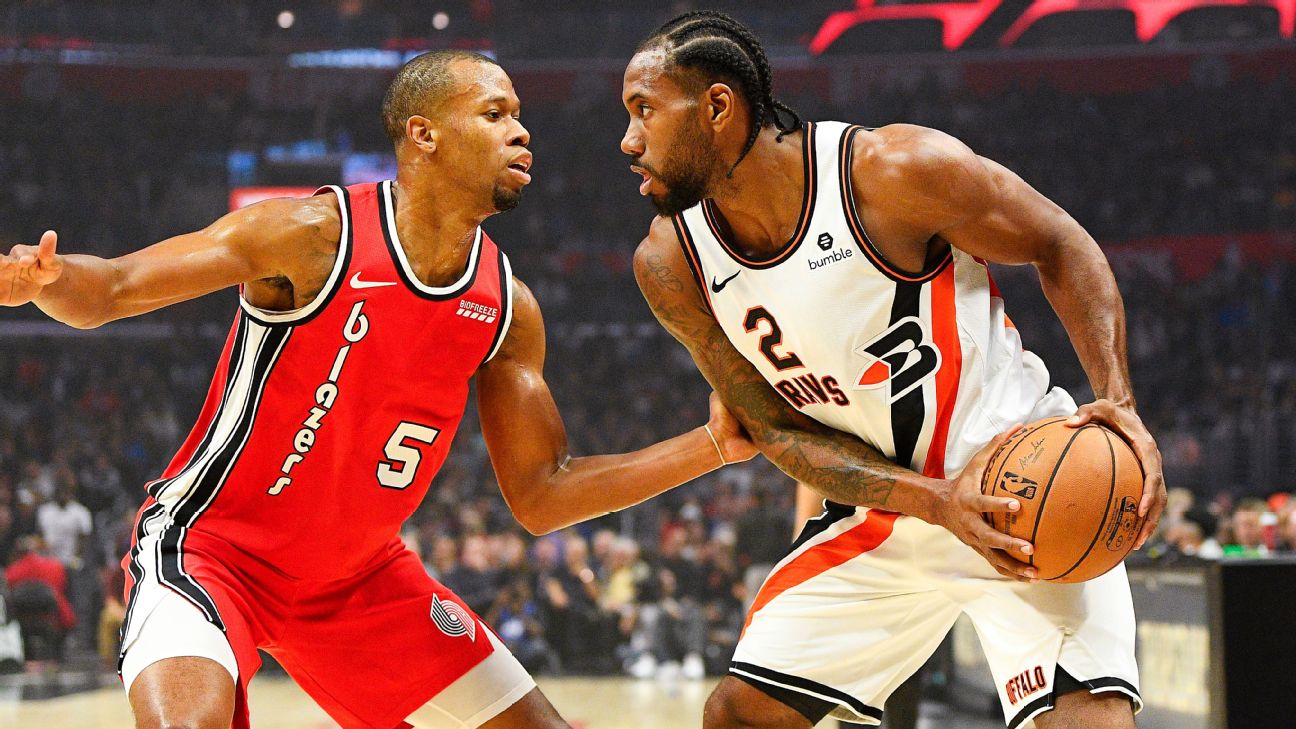 ESPN
By Ohm Youngmisuk
PLAYA VISTA, Calif. -- Kawhi Leonard may be a man of very few words, but he said his experience in Canada with the Toronto Raptors was so positive and memorable that he could "keep going on and talking about it."

On Monday, Leonard will face his former Raptors team for the first time since leaving Canada and deciding to return home to Los Angeles and play for the Clippers in free agency. And he looks back fondly on his short but successful time in Toronto.

"It's going to be fun to see the guys," Leonard said of being reunited with the Raptors. "And just congratulate them and be able to shake hands and compete."

"The guys, the journey," Leonard added of what he will also remember of his one season in Toronto. "Also the country. The city was amazing. And it's just so much, you can keep going on and talking about it."

Leonard says it's been "shocking" how many Canadians he has run into while in Southern California and that they often thank him for helping deliver Canada its first NBA title.

"It's not like he left in bad terms, really," coach Doc Rivers said. "It's one of those leave-good situations, not one of those leave-awful situations, and let's be honest, in our league it's usually the other way. He's had the rare benefit of being able to leave in a happy state. Has it happened? If it is, it's rare."

Leonard says he didn't go into Toronto after being traded by San Antonio with any preconceived notions about living in Canada.

"I never went in with a negative mindset," Leonard said. "Playing with Cory Joseph in San Antonio, him being from that area in Toronto, I knew what the city kind of brought. ... I always felt positive with the trade and the front office. I knew it was great already with Masai [Ujiri] being in there. So it was never a negative thing, always open-minded about it."

Leonard may not have Paul George playing alongside him on Monday, but George is nearing his Clippers debut. After having surgeries on both shoulders in the offseason, George went through his first live practice on Saturday.

Rivers said there's a possibility George could make his return against Toronto but that it was likelier George will make his debut after Monday's game.

"It's going to take time for conditioning," Rivers said of George, who was pushed during his first 5-on-5 practice. "You don't not play -- when did they lose? -- yeah, he hasn't played since April and then you walk in a game in November ... it's just not done."

"I don't know, I doubt he plays [Monday], but it's a possibility," Rivers added. "It's possible I may play, too, for that matter. I don't know the answer. I really don't."

After facing Toronto, the Clippers play a back-to-back set at Houston and New Orleans on Wednesday and Thursday. It's possible George could return for one of those games, potentially against the Rockets.

George said his conditioning is "the least of concern" for him right now. The All-Star is looking to regain his rhythm after undergoing surgery in May to repair a partially torn tendon in his right shoulder and then a month later repairing a partial tear of his left labrum.

"I still got some stuff," George said when asked if he feels ready to return. "From a health standpoint, I feel great. But I think just rhythm, especially where these guys are at right now in their season, they're flowing right now. So I just want to come in with an easy transition."
Report a correction or typo
Related topics:
sportsespnnewstoronto raptorspaul georgekawhi leonardla clippersnba
Copyright © 2020 ESPN Internet Ventures. All rights reserved.
More Videos
From CNN Newsource affiliates
TOP STORIES