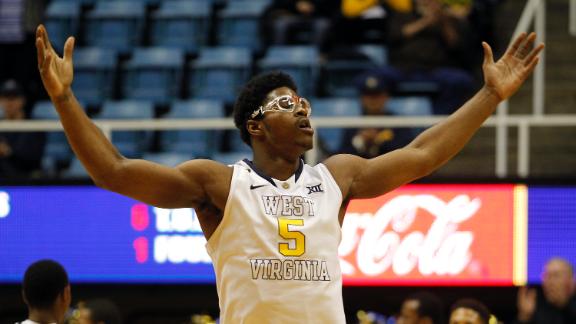 The Kentucky Wildcats are the unanimous No. 1 in The Associated Press Top 25 for the fourth straight week.

The Wildcats (27-0) received all 65 first-place votes from the media panel Monday after routing Tennessee and Auburn last week.

Virginia remained No. 2, followed by Gonzaga, Duke, Wisconsin, Villanova and Arizona. It's the first time the top seven have remained the same for six straight weeks since 1992-93.

Northern Iowa moved into the top 10 for the first time in school history, sliding in behind No. 8 Kansas and No. 9 Notre Dame.

"Another line in the sand," Northern Iowa coach Ben Jacobson said Monday. "Getting in the Top 25 was a big deal when we did it. Being ranked this long has been great. I'm really proud of the guys for it. The top 10 is the top 10. It's a pretty awesome deal."

Utah dropped out of the top 10, falling four spots to No. 13 after losing to Oregon on Sunday.

Kansas lost to No. 20 West Virginia last week but didn't budge in the poll; the Jayhawks were No. 8 for the fourth straight week.

Notre Dame stayed in the top 10 despite losses to Pittsburgh and Duke a few weeks ago and moved up a spot to No. 9 this week after Utah's loss.

Ohio State and Oklahoma State dropped out of the poll.

West Virginia and VCU each had the week's biggest climb, moving up three spots. The Mountaineers moved to No. 20 after taking down eighth-ranked Kansas and Oklahoma State, which was ranked No. 22 last week. The Rams beat Saint Louis and UMass to reach No. 22.

Louisville had the biggest drop, falling five places to No. 17 after losing to Syracuse. Butler matched Utah's fall, dropping four sports to No. 23 after scraping past Creighton and losing to Xavier.

Andy Katz's 3-Point Shot: Weekly Awards
Andy Katz hands out awards for the player and team of the week, and he gives a shoutout to two surging Big Ten teams.

Kentucky Crushes Auburn To Stay Unbeaten
SportsCenter Highlight of the Night: Karl-Anthony Towns scored 19 points to go along with 10 rebounds and four blocks in the No. 1 Wildcats' 110-75 win over the Tigers.