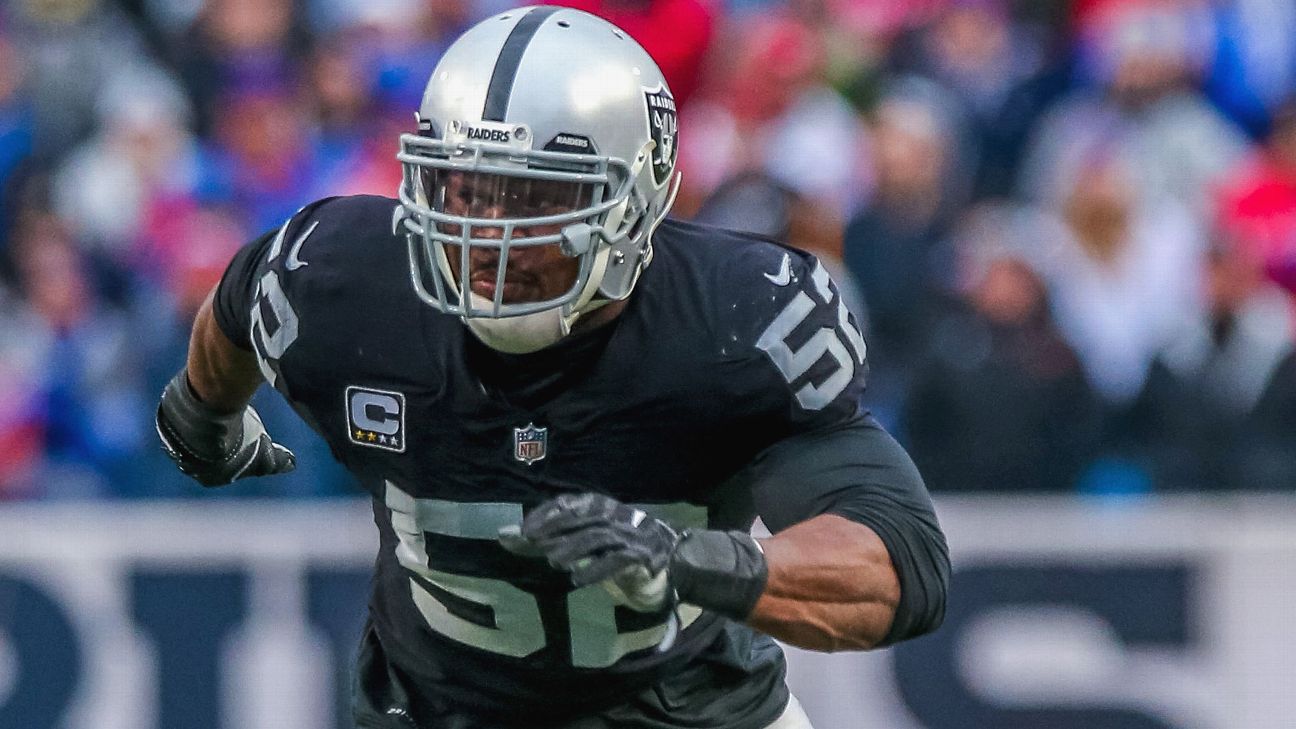 ALAMEDA, Calif. -- Former NFL Defensive Player of the Year Khalil Mack was a no-show for the first day of the Oakland Raiders' voluntary offseason workout program Monday, a source confirmed, as Mack missed the opportunity to meet new coach Jon Gruden in an official capacity for the first time.

Mack's absence was first reported by the NFL Network.

The workouts, which Gruden said would be heavy on the strength and conditioning side, are voluntary, and Mack is awaiting a contract extension. He is entering the final year of his rookie deal, and the No. 5 overall pick of the 2014 draft is expected to get a massive contract. Raiders general manager Reggie McKenzie jokingly asked a reporter at the NFL owners meetings if he had a spare $100 million to help pay Mack.

Mack has attended voluntary workouts in the past.

It's not unprecedented for it to take time to work out an extension. Quarterback Derek Carr, the Raiders' second-round pick after Mack in 2014, did not receive his extension until June 23 last year.

"With Mack, obviously we've got to get him signed somehow," Gruden said. "But he is a spectacular player. And I don't think he's scratched the surface yet. I think if we can get an inside, a better inside pass rush, a more consistent inside rush, a dominant inside rusher, you'd see the best of this guy. Some of the plays that he's disrupted, that he hasn't gotten credit for, are really exciting for us to think what could happen."

Mack has three straight seasons of at least 10.5 sacks and made NFL history in 2015 when he became the first player to be named first-team All-Pro at two positions in the same season, outside linebacker and defensive end. Still, Mack's sacks have gone from 15 to 11 to 10.5 the past three seasons.

That's why Gruden implored another Raiders defensive lineman to step up to help Mack.

"So, Mario Edwards, if you're listening out there, if we can get that inside rush going -- that's what Warren Sapp did for Simeon Rice -- it's tough for the quarterback to step up," Gruden said. "And if the quarterback can't step up, these great pass-rushers, they can have a feast.