'He never took his foot off the gas:' Kobe Bryant's high school coach reflects on his early career 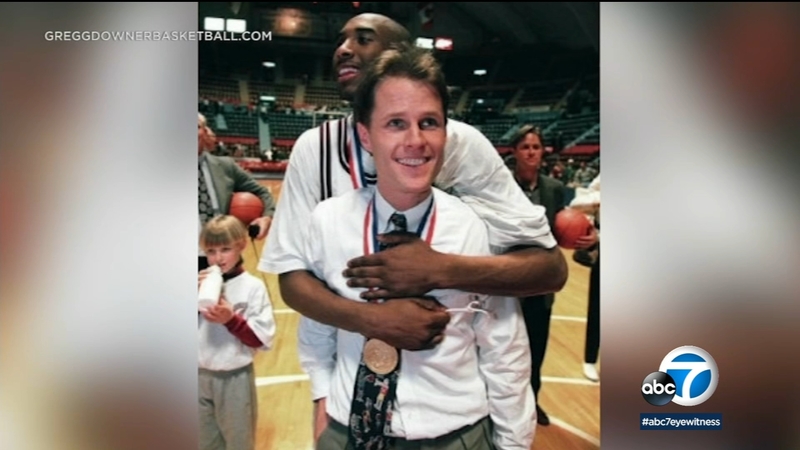 When Lakers legend Kobe Bryant is inducted in the Basketball Hall of Fame on Saturday, speakers at the ceremony will include Vanessa Bryant and Kobe's high school coach, who says he knew he was bound for greatness.

Kobe Bryant grew up before the eyes of his fans in the NBA, but you might say he was raised at Lower Merion High School in Ardmore, Pennsylvania, under head coach and Philly native Greg Downer.

"I was always one of the first people to believe that he was going to be a star," he said.

That belief began when Downer heard about a 13-year-old phenom in their school system's junior high and invited him to work out with his varsity squad.

"Five minutes into that initial workout...I turned to my assistant coaches and I said this kid's a pro," Downer said.

There are certain qualities Kobe's fans all got to know during his 20-year career. Coach Downer knew them well, too - during his high school years.

"What I had first-hand knowledge of, that a lot of people did not see, was the work ethic. The work ethic was insanity," he said.

As Kobe Bryant is enshrined in the Basketball Hall of Fame, we relive the greatest moments in his incredible career.

That elicits memories of when Kobe ruptured his Achilles tendon and still hit two foul shots before leaving the game.

Against Lower Merion's biggest rival, Kobe played with a face guard to protect his broken nose.
"We had one final pep talk in the locker room and he took the mask off, which was steaming up and affecting his peripheral vision. He didn't like that mask and he took it off and he threw it off the wall and he said 'Let's go to war'," Downer said.

On the court, Kobe scored 39 points, securing an overtime victory for his team.

The "Mamba Mentality" was alive and well at a very early stage.

"He never took his foot off the gas and his goal was to be one of the best players ever and Saturday that goal is going to be realized," Downer said.