Kyrie Irving reflects on death of mentor Kobe Bryant: We all shared something 'really strong' with him 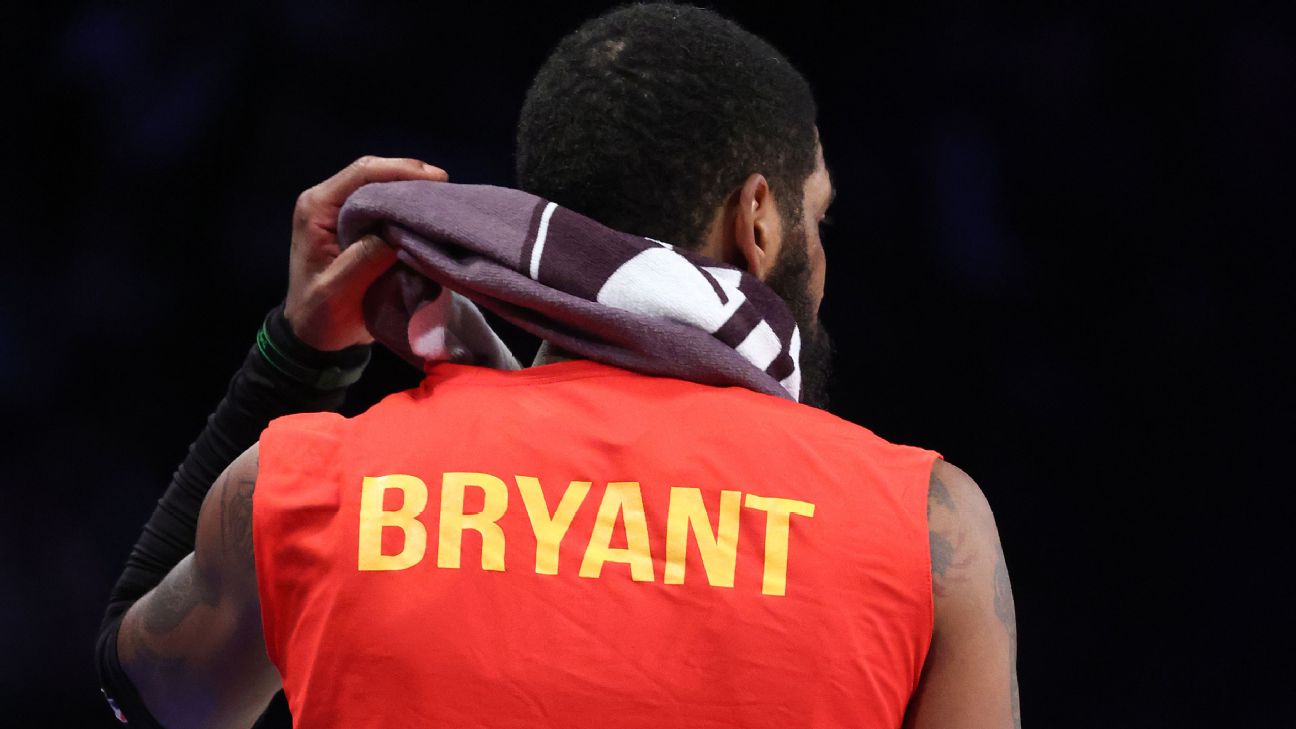 NEW YORK -- Kyrie Irving wanted the cheers to be louder.

As the final seconds ticked down in Wednesday night's game between theBrooklyn Nets and Detroit Pistons and the crowd began to chant, "Ko-be Bry-ant," Irving raised both of his arms and egged the fans on. "Louder," he seemed to be signaling.

The Nets' 125-115 win was the first game Irving had played in since Bryant's death on Sunday. The Nets had a game in Madison Square Garden against theNew York Knickson Sunday night, but Irving missed it to grieve.

"Out there on the court, I am not the only one that is hurting," Irving said after Wednesday's contest in his first public comments on Bryant's death.

"I don't want to make this about me and just our relationship because we all shared something really, really strong with him."

While several of Irving's teammates had relationships with Bryant, Irving was especially close to the Lakers giant. Bryant was Irving's mentor. The two overlapped in the league for five seasons. In 2012, one year after Irving was drafted, he made a video challenging Bryant to a one-on-one duel.

Irving said that at the time, he probably wasn't ready for the sort of guidance that Bryant offered him.

"When the student is ready, the teacher will appear," Irving said Wednesday. "I had that mentorship relationship with him, where I was able to ask him almost anything. You know no matter how nervous I was or how fearful I was, he was just easy to approach with those type of questions about what goes on in the day-in and day-out basis of chasing something that's bigger than yourself and when you're trying to leave a legacy or something of a mark on a game."

When Irving was playing for the Cleveland Cavaliers alongside LeBron James, the young guard sought out Bryant for advice on playing next to another superstar. Bryant and former Lakers teammate Shaquille O'Neal had clashed during their joint tenure in Los Angeles. Irving looked to Bryant for guidance on how to avoid friction between him and James.

Irving also leaned on Bryant when he was experiencing knee pain that eventually required surgery during the Cavaliers' 2014-15 playoff run.

"I was in a terrible mental space, knowing I couldn't be as effective as I wanted to be," Irving said in 2015. "He was the first person I called, and we've had a great dialogue over the last few years, so it's been great."

Irving's game against the Pistons wasn't a perfect on-court performance -- and it was an emotional one. Irving scored 20 points on 7-of-16 shooting.

Irving streaked up and down the court, releasing 3-pointers and jump shots, in a pair of his Kyrie 3 "Mamba Mentality" sneakers

Scribbled on the sides was "1/26," the day Bryant died in a helicopter crash alongside eight others, including his 13-year-old daughter Gianna. Irving also had written "Whiplash" on his shoe -- a reference to the 2014 film about a young drummer who was pushed to his breaking point by a mentor.

"Our relationship was so much deeper than basketball," Irving said.

Irving cried during the Nets' pregame tribute that included a two-minute video and two courtside seats that the Nets had left vacant in honor of Bryant and Gianna. The father and daughter had sat together in those very seats on Dec. 21 when the Nets played theAtlanta Hawks.

"For me, it's a lot of grieving going on," Irving said. "I'm just paying my respects. I know in the next coming days it will be some more news and things that are going to be done to commemorate the lives lost." 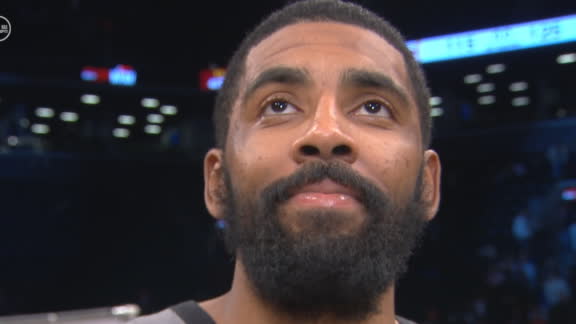