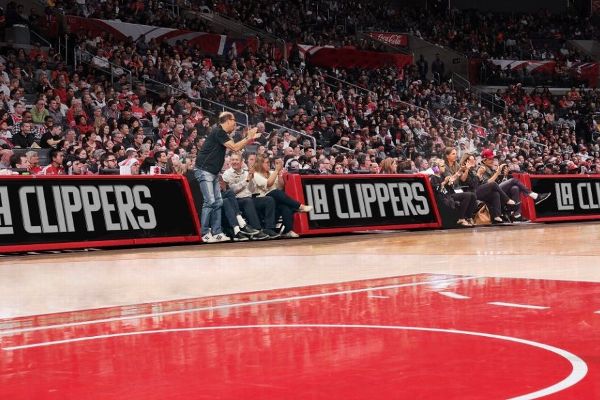 The best seats at the Staples Center are getting even better for LA Clippers fans who are ready to open in their wallets.

The team has broken up its long scorers table, which has created eight new seats, called "Star Courtside" seats on the floor on the side of the players' benches.

"It's extremely rare to have space like this open in any arena" Clippers president Gillian Zucker said. "What we did here was create new beachfront property."

The Clippers aren't publicly disclosing the price, but a league source says they're asking for $175,000 a seat. The price includes access to the team's all-inclusive clubs, in-seat waiter service and valet parking with access to a VIP entrance.

With 43 games on the schedule, including preseason, the seats come out to $4,070 a game, which isn't the highest in the NBA. The Golden State Warriors and the New York Knickshave tickets which are more expensive.

Zucker said current courtside ticket holders will have the first shot on getting the seats before the team opens it to the general marketplace.

"The seats can be seen on television, so it can be for someone who wants to be seen. It is, after all, Hollywood," Zucker said. "Companies, agencies or just a hardcore fan who wants to get closer."

Ten years ago, the Clippers' seats went for roughly half the price of Lakers' tickets. The balance of power has shifted with the Clippers' rise and the Lakers' fall.

The atmosphere at the game has also changed, thanks in part to the change in ownership from Donald Sterling to Steve Ballmer, who bought the team for $2 billion three years ago.