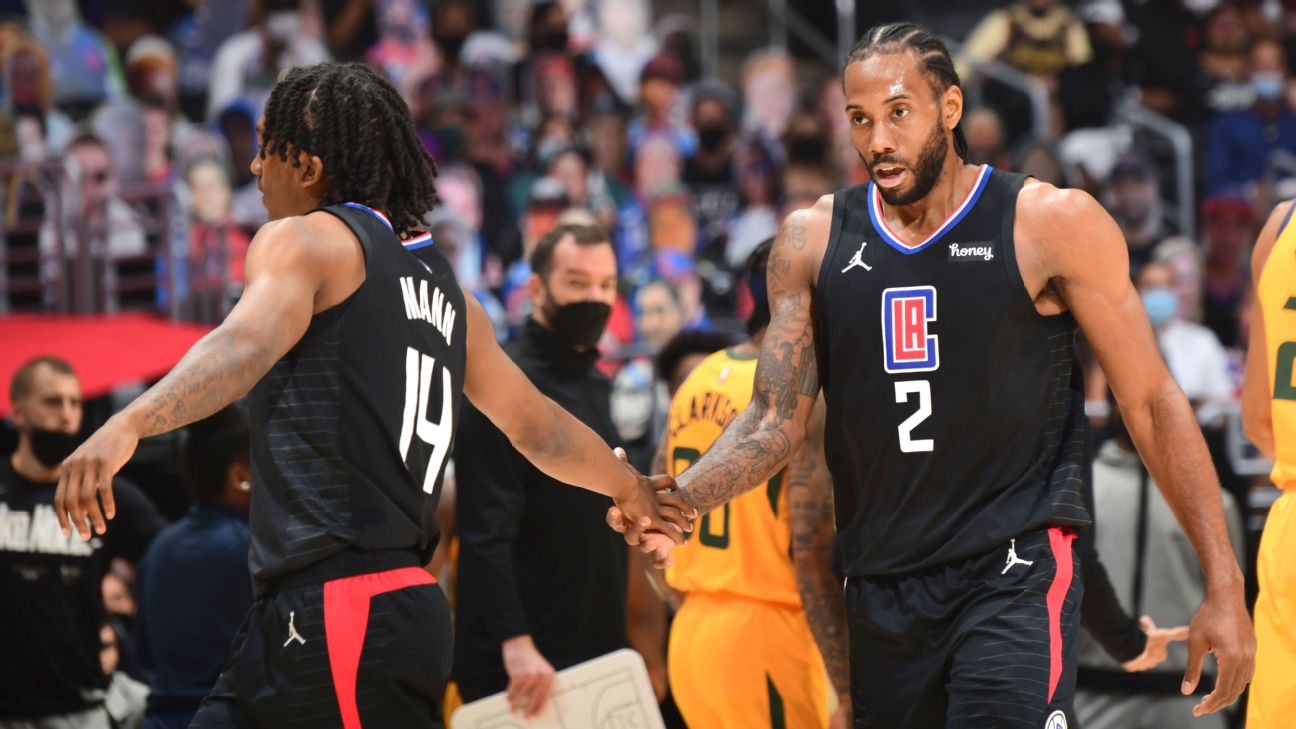 LA Clippers star Kawhi Leonardwill miss Wednesday's Game 5 against the Utah Jazzin the Western Conference semifinals because of a right knee injury and could be out the remainder of the series.

The Clippers announced Wednesday that Leonard sustained a right knee sprain in their Game 4 victory on Monday and that there is "no timetable for his return."


More imaging needs to be done to determine the severity of the sprained ligament after the swelling subsides, sources told ESPN.

"We just know we are being optimistic, trying to wait for everything to clear up, get the testing back in the next 48 hours or so and then go from there," Clippers coach Ty Lue said during his pregame media availability Wednesday.

Leonard tweaked the knee on a drive late in Game 4, grimacing in pain as he planted on his way to the basket. He stayed in briefly but didn't finish the game.

After the game, Leonard clearly did not want to talk about his knee.


Lue said Leonard traveled with the team to Salt Lake City, Utah, on Tuesday, when he was not on the injury report. But then Leonard returned to Los Angeles.

Leonard informed his teammates late Tuesday that he'd be out for Wednesday's game, sources said.

Leonard sustained a quad tendon injury in his right knee in 2017 but more recently has dealt with issues in his left knee.

He has been great in the postseason for the Clippers and is averaging 27.3 points and 7.5 rebounds in the four games against the Jazz.

LA already is without center Serge Ibaka, who had back surgery last week.


Lue scoffed at the notion that Paul George will have to carry the load and handle the pressure with Leonard out. The head coach cited how the Clippers had to play much of this season while dealing with injuries.

"It is not about PG," Lue said. "It is about our whole team stepping up and preparing for this game. ... It's not just on PG. PG wants to play well, of course. But we got to get contributions from everyone that plays tonight. It is not going to be a one-man show. It is going to be a team effort."

"Not really worried about the chatter," Lue later added when told that a lot of people are counting the Clippers out without Leonard. "We were counted out in the first series [against Dallas] as well. We are ready to go and ready to play Game 5." 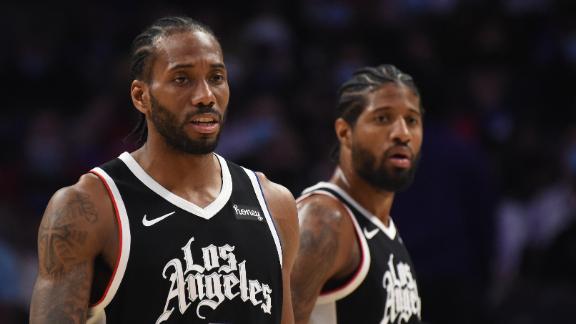 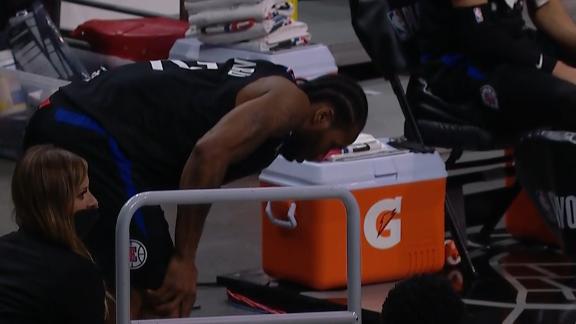