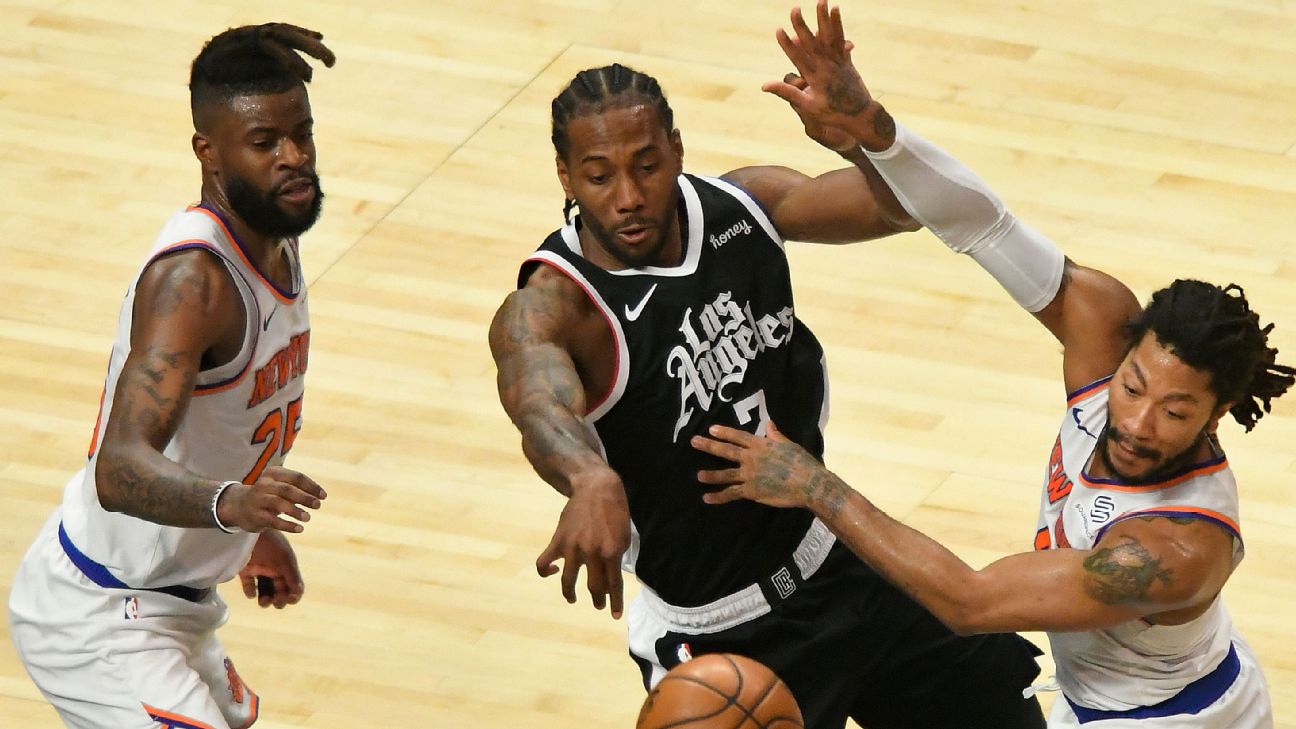 Already ramping his way back up to postseason form coming off a foot injury, LA Clippers star Kawhi Leonard is playing through a left-hand issue as well.

Leonard shot 9-of-26 and finished with 29 points in a 106-100 loss to the New York Knicks at Staples Center on Sunday. Afterward, Leonard admitted that he was playing with a left-hand issue.


On Thursday in a win over the Los Angeles Lakers, Leonard fell hard on the baseline underneath the basket after he was double teamed and lost the ball. Leonard could be seen grimacing and flexing his left hand after getting up.

"Being 70-whatever games we're in right now, you're gonna have nicks and bruises," Leonard said. "Just gotta keep fighting through it. You know, put up shots, gotta get used to it and I'm not gonna be worried about it. Just gotta keep going, pretty much."

On Sunday against the Knicks, Leonard was asked if he tweaked his ankle, as well. He said his ankle was fine but then he mentioned his hand again.


"No, ankle's good, it's just more of me falling on my hand at that point," Leonard said. "[Happened] second, third play of the game, it's frustrating. But other than that, I'm good, I'm good. I've been through worse situations."

Leonard played in his fourth game since missing nine out of 10 with a sore right foot. He was able to play the entire first and third quarters for the first time since his return from the foot injury.