LA Lakers' Rajon Rondo out for weeks after finger surgery 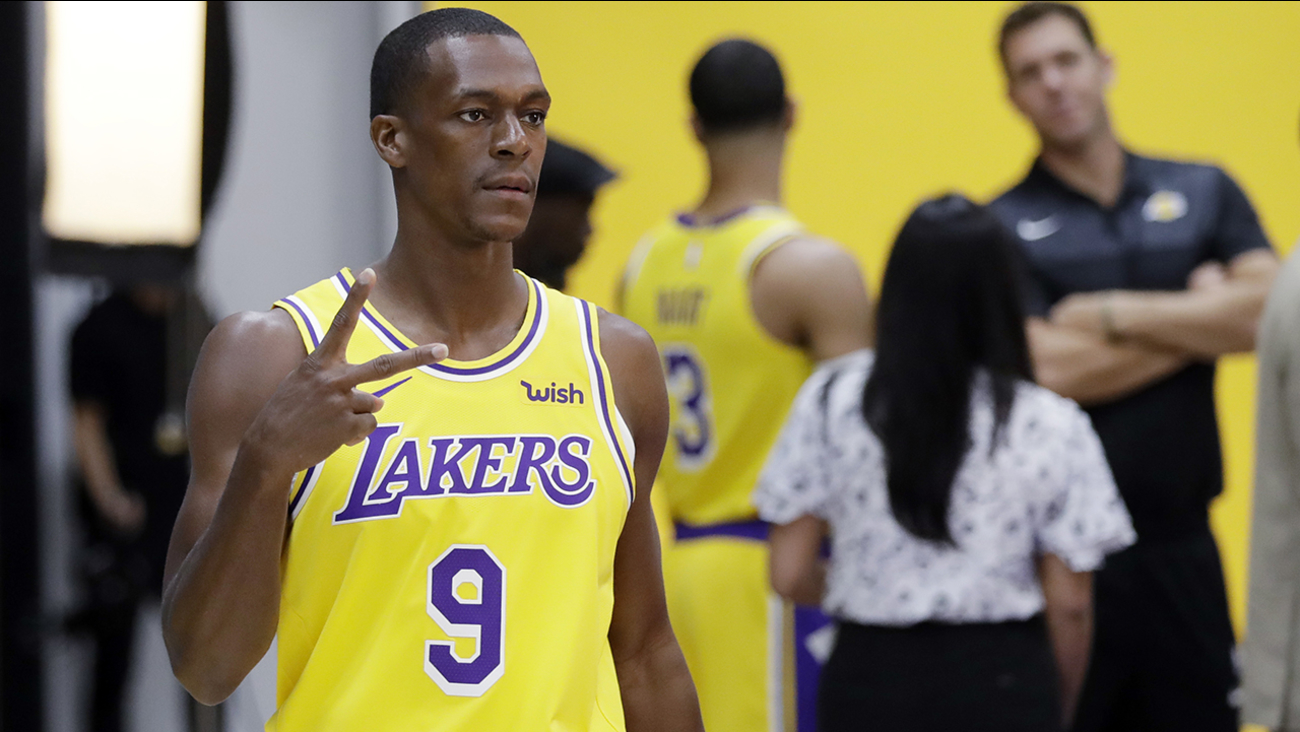 LOS ANGELES -- Lakers point guard Rajon Rondo will be sidelined at least a month after undergoing surgery to repair a ligament on his right ring finger.

Rondo sprained his finger during Los Angeles' Christmas Day victory at Golden State. He missed the Lakers' last-second loss at Sacramento on Thursday night along with LeBron James, who strained his groin against the Warriors.

Rondo had surgery Friday, and he is expected to fully recover in four to five weeks, according to the team.

The Lakers face the Clippers on Friday night in the first game of the season against their Staples Center co-tenants. The Lakers (20-15) have vaulted back into playoff contention with the Western Conference's fifth-best record, a half-game behind the Clippers (20-14).

Rondo is averaging 8.4 points, 6.7 assists and 4.4 rebounds while providing solid leadership in his first season with the Lakers, who signed him as a free agent in July.

But the veteran has appeared in only 14 games because of a three-game suspension for fighting and a 17-game absence after breaking a bone in his right hand, an injury that also required surgery.

He only returned from his broken hand Dec. 21, playing in three games in five days before getting hurt again.