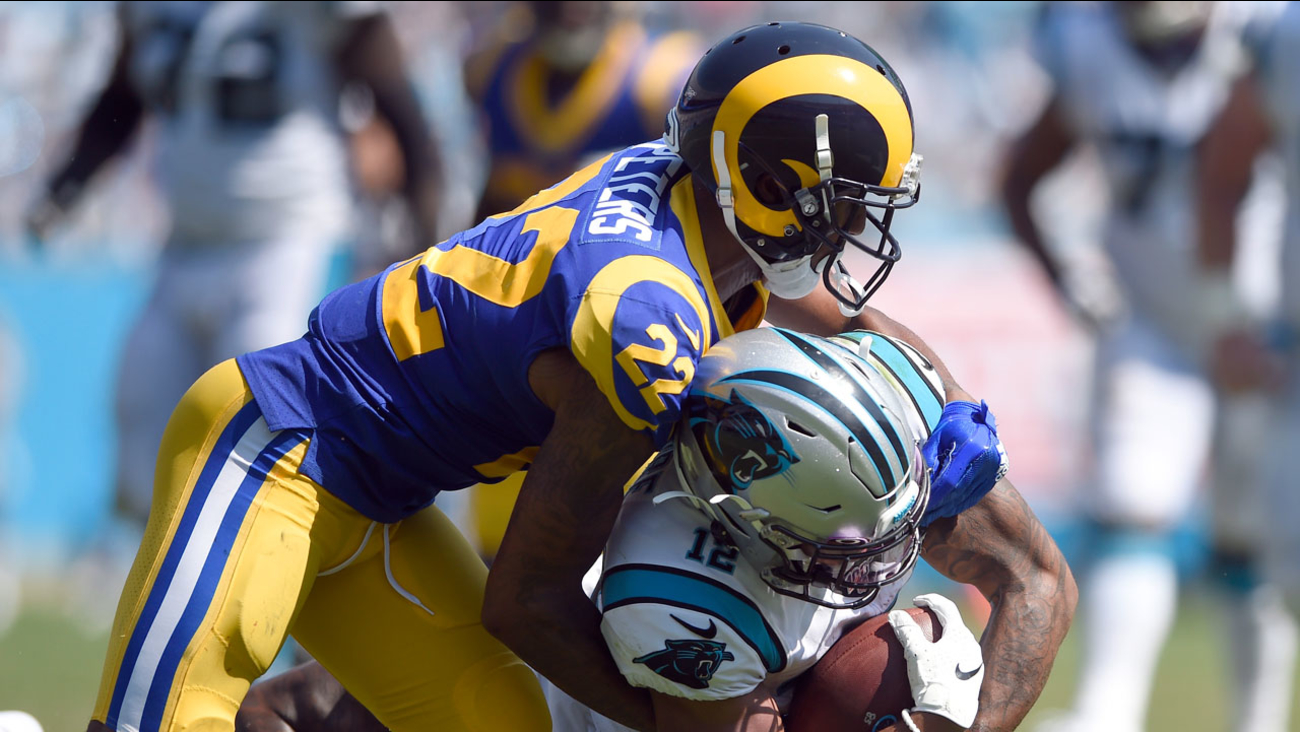 The Los Angeles Rams came up on top in their season opening game against the Carolina Panthers Sunday in Charlotte, North Carolina.

In a dominating game from start to finish, the Rams scored a total of 30 points, while the Panthers came up short with 27 points. Los Angeles had a wide lead most of the game but Carolina closed it to a three-point deficit by the end of the fourth quarter.

There was a lot of curiosity and even some anxiety from Rams fans over how running back Todd Gurley would perform in the season opener after struggling down the stretch last season with a knee injury.

Gurley's done nothing to ease those concerns.

Gurley, who led the NFL with 21 touchdowns last season, has been a non-factor so far against the Panthers with five carries for 8 yards and one catch for 4 yards in the first half.

Gurley's backup Malcolm Brown has been more effective with five carries for 29 yards and a touchdown.

Rams safety Eric Weddle was carted off the field in the second quarter after taking a knee to the right side of his head while attempting to tackle a leaping Christian McCaffrey.

The Rams said Weddle has a head laceration and his return is doubtful.

McCaffrey caught a ball in the right flat and tried to avoid the six-time Pro Bowl selection by leaping over him as Weddle went low. Weddle immediately went to the ground and didn't get up for several minutes.

Television cameras showed Weddle bleeding from the right side of his head when he sat up. Trainers called for the carts and he was taken to the locker room.

Weddle was signed a two-year, $10.5 million contract this offseason to help shore up the Rams secondary.

One game won't make or break a season. But winners of Week 1 games are historically more than twice as likely to reach the playoffs than teams that lose their season openers.

Since 1978 when the league went to a 16-game schedule, 52 percent of teams that won their opener made it to the playoffs while only 24 percent of Week 1 losers reached the playoffs.