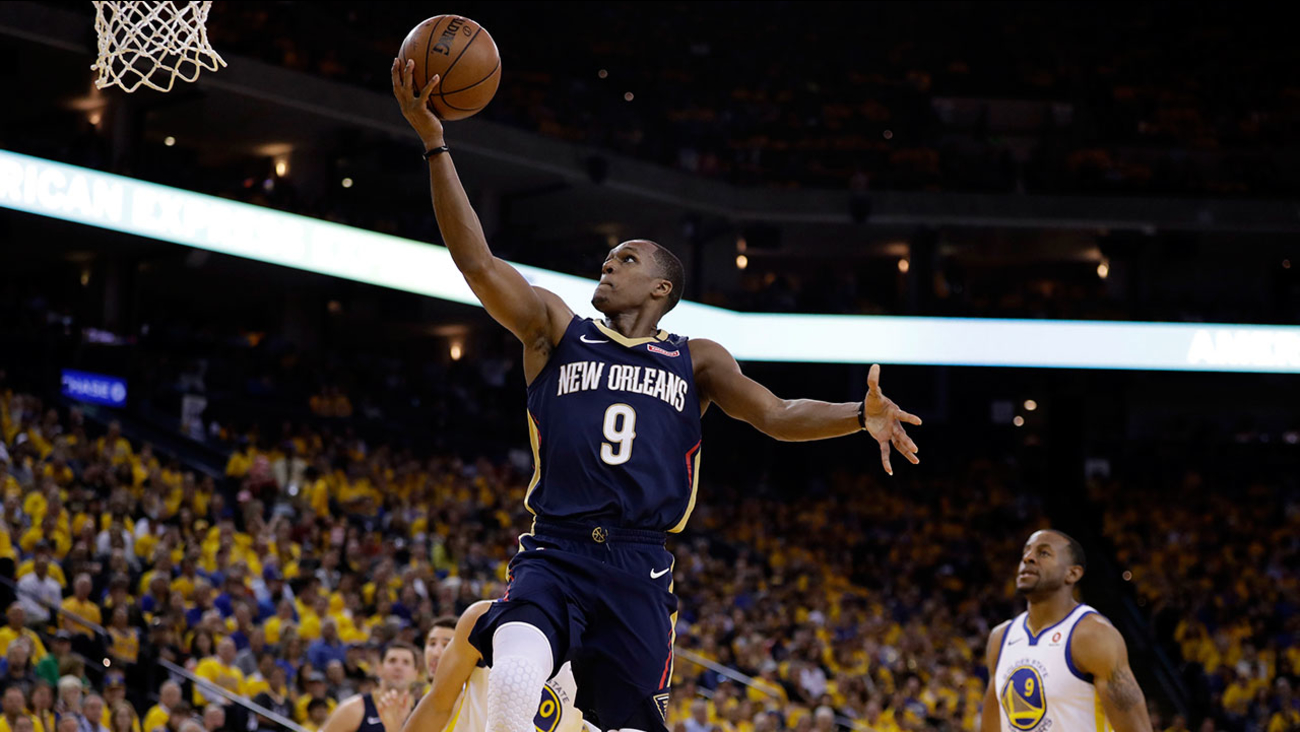 LOS ANGELES -- Rajon Rondo is teaming up with LeBron James.

A person with knowledge of the situation says Rondo has agreed to sign a one-year contract with the Los Angeles Lakers.

The person spoke to The Associated Press on condition of anonymity because the deal has not been finalized.

In order to make room for his salary, the Lakers had to renounce their rights to Julius Randle, who now becomes a free agent.

James and Rondo have gone head-to-head 54 times in their NBA careers, 25 of those coming in the playoffs - the last of those matchups in 2012, when James and the Miami Heat rallied from a 3-2 deficit to beat Rondo and the Boston Celtics on the way to the NBA title.

Another free-agent acquisition made by the Lakers since the signing of LeBron James is JaVale McGee.

The two-time NBA champion with the Golden State Warriors is going to be part of the revamping by the Los Angeles Lakers, agreeing to a one-year deal worth just under $2.4 million, according to a person familiar with the negotiations.

The person confirmed the terms to The Associated Press under condition of anonymity Monday because McGee's deal is unsigned. The deal comes not long after LeBron James said he would be signing with the Lakers.

The Lakers will be the sixth club for McGee, who had some spectacular moments in the NBA Finals against James and the Cleveland Cavaliers. McGee shot 16 for 20 - 80 percent - from the floor in the finals, and the Warriors were 7-1 in playoff games in which he started.
Report a correction or typo
Related topics:
sportslebron jameslos angeles lakersnba
Copyright © 2021 by The Associated Press. All Rights Reserved.
TOP STORIES
LA to require proof of vaccination or testing for city employees
Bob Odenkirk hospitalized after collapsing on set
How do new CDC guidelines affect SoCal?
COVID hospitalizations in LA County hit highest level since mid-March
$20K reward offered in murder of Army veteran in Lancaster
3 El Super grocery stores fined over lack of paid COVID leave
Flex Alert issued for California for Wednesday from 4 p.m. to 9 p.m.
Show More
Gunman opens fire inside Corona movie theater, killing teen
Gov. Newsom pulls kids from summer camp with no mask requirement
CDC reverses course on indoor masks in some parts of US
Ed Buck found guilty in West Hollywood meth overdose case
Walmart will cover 100% of college tuition for its workers
More TOP STORIES News