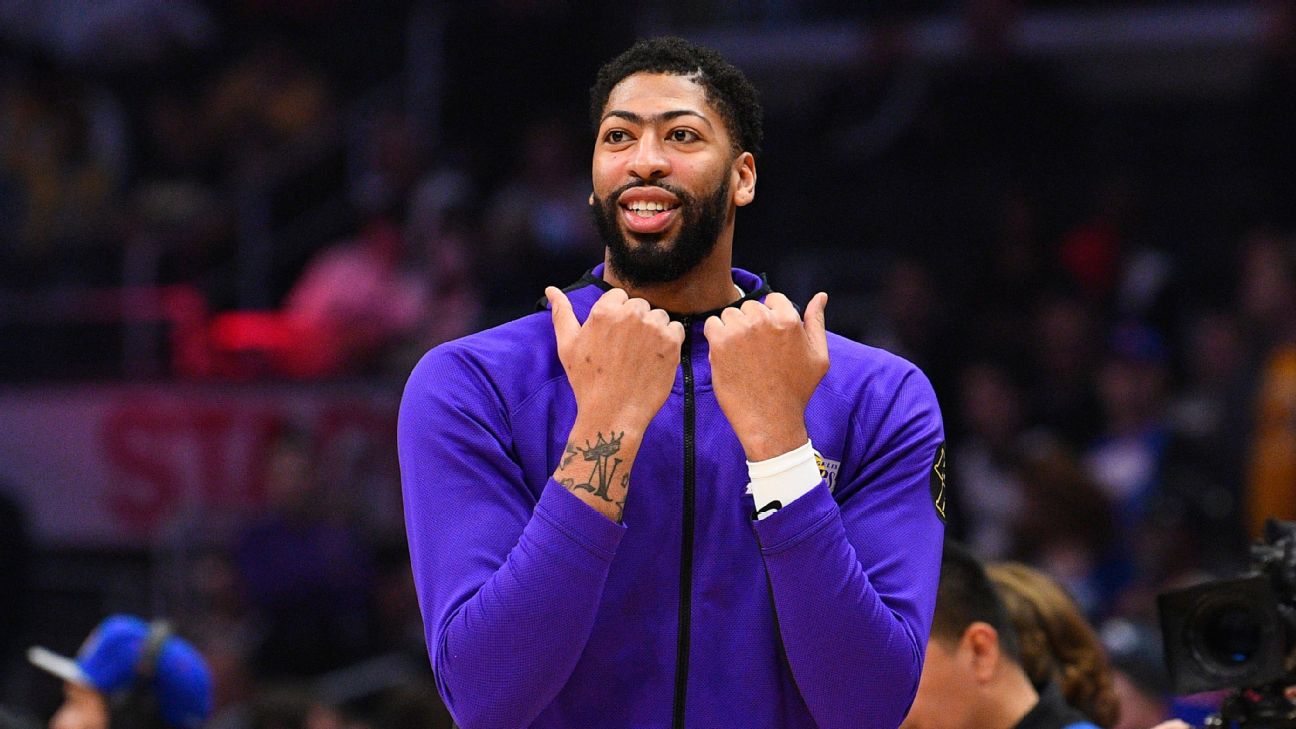 Los Angeles Lakers forward Anthony Davis says the plan is for him to play against the LA Clippers when the NBA kicks off its season restart Thursday night.

"That's the plan," Davis said after fully participating in Wednesday's practice. "I'll get evaluated again tonight by one of the doctors here and kind of get an update from them.

Davis, who was inadvertently poked in the eye by Michael Carter-Williams during Saturday's scrimmage against the Orlando Magic, said that the eye was feeling better and that he was "moving in the right direction." He didn't play in Monday's final scrimmage, then was unable to participate in Tuesday's practice because he was dealing with issues of light sensitivity -- issues he said were much better Wednesday.

He also wore protective eyewear in practice. He said he didn't anticipate having to wear the eyewear in the game but wanted to give it a test run in a non-game situation, as opposed to having to wear it in a game for the first time.

"It was definitely different today in the practice," Davis said of wearing the eyewear. "It felt very different."

According to his coach, Frank Vogel, Davis also managed to do something else by wearing the eyewear: make a fashion statement.


"He looked better than anybody that's ever worn them," Vogel said with a smile. "It's a style thing. We have a good-looking superstar that looks great in glasses or goggles or whatever you want to call those things. It was great to have him back out there. Obviously it's still going to be dependent on his evaluation tonight, how he feels overnight, and we'll see how the eyes feel tomorrow."

Vogel said he was careful not to "overdo it" in practice ahead of his team's first seeding game but said it was a competitive practice that included some live action, as well as game-planning work specifically geared toward matching up against the Lakers' crosstown rivals.

And, speaking of the game itself, Davis said that the Lakers spent time Wednesday discussing what they would do in terms of addressing social justice in some form of protest before Thursday's game and that those conversations would be ongoing between now and when the game tips off Thursday night.

"We discussed it today," Davis said. "We have a couple ideas that we want to do. We haven't decided on one yet. But yes, we plan on doing something." 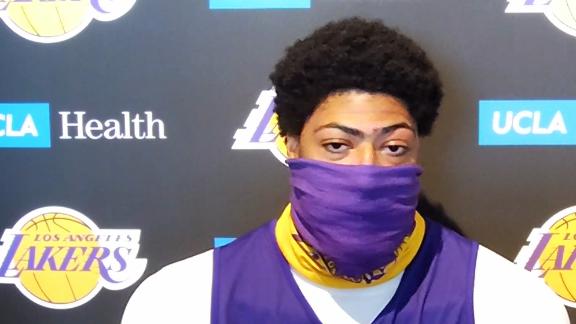