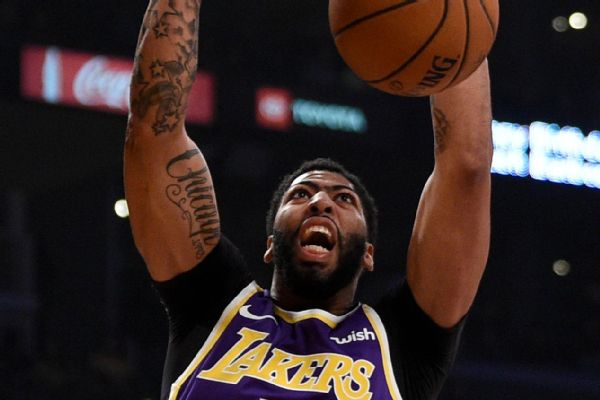 Davis won't be on any minutes restriction, according to Vogel.

L.A. routed the Golden State Warriors 120-94 with Davis on the sidelines. As pleased as he was to see his team perform well without him, it didn't motivate him to find more time to rest.

"What, like, load management? No," Davis said. "Obviously, it's great [to win]. If something comes up where somebody has to sit out, then fine, but I don't think anyone on this team is probably going to sit out."

Davis said that the injury to his ribs is causing him more discomfort than his shoulder at this point.

"Not really much you can do but just let it heal," he said.

Wednesday's game was the first time Davis sat out this season. He has repeatedly referenced his injury history in his first seven seasons in New Orleans as something he wants to put behind him.

"I want to play," Davis said. "But obviously saying that, the training staff will probably be more reluctant to [let me play]. If it's still bothering me a little bit, [they'll] have me sit out. Or if it's feeling good, I'm going to play. ... Just to know that the way the team played when I sat out, I don't have to be in a rush to get back."

Davis admitted he has thought about opponents targeting him when he plays hurt.

"I thought about it every game," Davis said. "I know especially back in the old days, they'd attack a player's injury. ... I haven't felt other teams try to attack my shoulder or anything."

Davis hopes to lead the Lakers back to the postseason for the first time in six years this spring and is balancing the short-term returns of pushing himself now versus the potential long-term consequences.

"It's super tough," Davis said. "It's a long season. It's early in the season. You don't want to continue to play through something and then it gets worse. So it's always sitting in the back of your head. But at the same time, you want to play. So you got to listen to your body, be honest with the training staff and try to do what you can. Kind of do what's best for the betterment of the team." 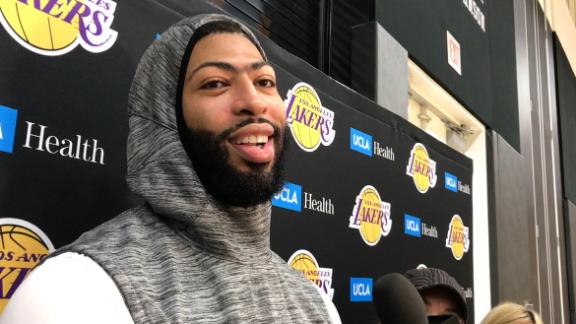