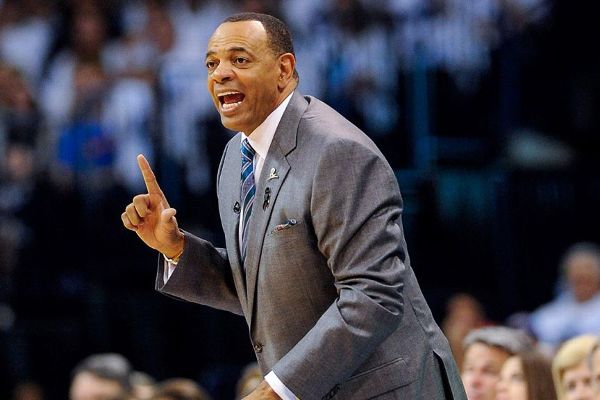 LOS ANGELES -- Lakers assistant coach Lionel Hollins will not join the team when it flies to Orlando, Florida, next week for the restart to the NBA season, a league source confirmed to ESPN on Friday.

Hollins was deemed a higher-risk individual due to underlying medical conditions, the source told ESPN. He will not be present in Orlando but will continue to be an essential member of the team and participate on coach Frank Vogel's staff remotely.


Without specifically mentioning Hollins by name, Vogel said it was a "fairly miserable experience" putting together the Lakers' 36-person traveling party list that had to be submitted to the league this week.

"There are several members of our staff that we're not going to be able to bring into the bubble that, quite frankly, we need in the bubble," Vogel told reporters Thursday. "But the environment just doesn't allow us to do that and that's just part of the pandemic life and the situation we're in." Hollins' exclusion from Orlando was earlier reported by Yahoo Sports.

This is not the first instance of bubble trouble for the Lakers, the No. 1 team in the Western Conference. They are already bracing for starting guard Avery Bradley's absence in Orlando -- he cited potential COVID-19 concerns for his 6-year-old son and a continued focus on community efforts -- and are awaiting Dwight Howard's finalized plans to join the team, as they work with Howard, his agent, the NBA and the National Basketball Players Association to find a workable path for the center to report separately to the ESPN Wide World of Sports Complex.

Hollins, 66, joined the Lakers last summer after being hired, along with Jason Kidd, by Vogel as veteran NBA minds with previous head-coaching experience.

Lakers vice president of basketball operations and general manager Rob Pelinka was asked earlier this week about what considerations the team was making in figuring out its travel participants.


"I think our level of care for every individual, for every player, for every member of our staff, needs to be at the highest possible level," Pelinka said Tuesday. "And I think that's our goal is that everyone deserves the highest standard of medical care and safety. That's the way we're looking at it as an organization is every person, regardless of their circumstance, deserves 10 out of 10 attention to detail, care and measures around safety as we venture into what we are with the Orlando restart."

According to a league memo distributed to all 30 teams last month and acquired by ESPN, a higher-risk staff member who is not deemed "protected" by their team -- meaning the team makes the decision to exclude the individual from its traveling party for the good of that individual's health -- will be seen by a league-appointed physician and will be required to sign a release and a "covenant not to sue agreement" in order to be allowed in the bubble, if the league physician signs off.

The league physician can block the staff member's inclusion, however, after gathering information, and the physician's decision will be "final, binding and unappealable," according to the memo.

Hollins, a one-time All-Star who won a championship as a player with the Portland Trail Blazers in 1977, entered the league as an assistant coach for the Phoenix Suns in 1988-89 and later became the head coach of the Grizzlies (as the interim in Vancouver and later the full-fledged head coach in Memphis) and also served as head coach of the Brooklyn Nets. 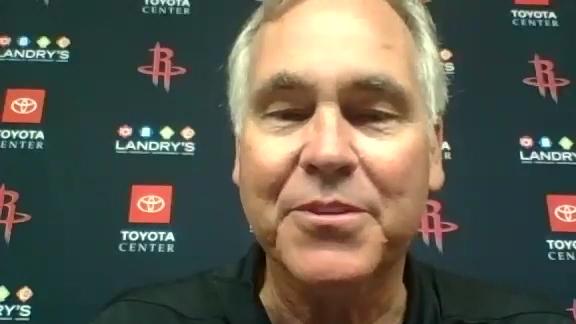 D'Antoni not worried about his age coaching in Orlando
Rockets coach Mike D'Antoni says he hasn't heard anything from the NBA about his coaching from the bench in Orlando, Florida.
Report a correction or typo
Related topics:
sportsespnnewsnbalos angeles lakers
Copyright © 2020 ESPN Internet Ventures. All rights reserved.
More Videos
From CNN Newsource affiliates
TOP STORIES