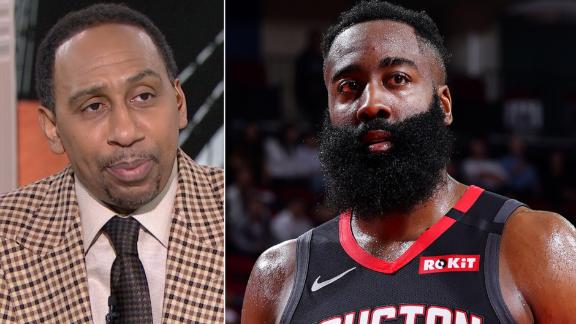 The Los Angeles Lakers enter Thursday night's matchup against the visiting Houston Rockets looking like a team that has started to emerge from an emotional two weeks.

They scored 42 points in the fourth quarter of a 129-102 victory over the San Antonio Spurs on Tuesday, with half of those points coming in the opening 3:31 of the period.

Staples Center was jumping again and players were rushing from the bench in joy after LeBron James hit five 3-pointers in a scoring flurry to start the final period.

When James went to the floor after making the fifth of those five triples, the bench took advantage of an ensuing timeout by the Spurs to rush across court and lift their captain from the court. There were cheers all around, smiles on faces and firm pats on the back for James.

"That's what we (are) all about, our team," James said afterward, according to the Los Angeles Times. "Anytime anyone's having success in the game, we cheer like it's our own. So having that camaraderie, having that brotherhood, even when they're beating you up, that's a pretty cool feeling."

Yet the death of Kobe Bryant and eight others in a helicopter crash Jan. 26 still resonated. The fan-generated memorial across the street was being removed Tuesday, while fans still chanted Bryant's name at times during the game.

The Lakers have won consecutive games, after also winning at Sacramento on Saturday, but they have gone just 5-4 in their past nine games going back to Jan. 15.

Thursday will be a chance for Rockets superstars James Harden and Russell Westbrook to pay their respects after Bryant's passing. Both grew up in the area and will be facing the Lakers in Los Angeles as teammates for the first time.

Harden enters off of two consecutive 40-point games, including Tuesday's 125-110 victory at home over the Charlotte Hornets. Westbrook did not play in that game due to a sprained thumb but is expected to play Thursday.

The Rockets started slow but used their own fourth-quarter burst to put away their opponent. Harden scored 14 points in the final period while the Rockets had 33 total.

"Heading to L.A. the next game, (Tuesday) was kind of a trap game where it could get you," Houston head coach Mike D'Antoni said. "But they understood what we were risking and came out at halftime and did the job."

It will be the Rockets' first game since acquiring forwards Robert Covington and Jordan Bell from the Minnesota Timberwolves. Clint Capela was moved to the Atlanta Hawks in Tuesday's four-team deal.

Harden and Westbrook did team up in a game at Los Angeles on Dec. 19, a 122-117 win over the Clippers. The Rockets faced the Lakers in Houston on Jan. 18 and fell 124-115 in the third game of their season-worst four-game losing streak.

After sitting out two games because of a thigh injury, Harden has scored 33.3 points per game over his last four contests.