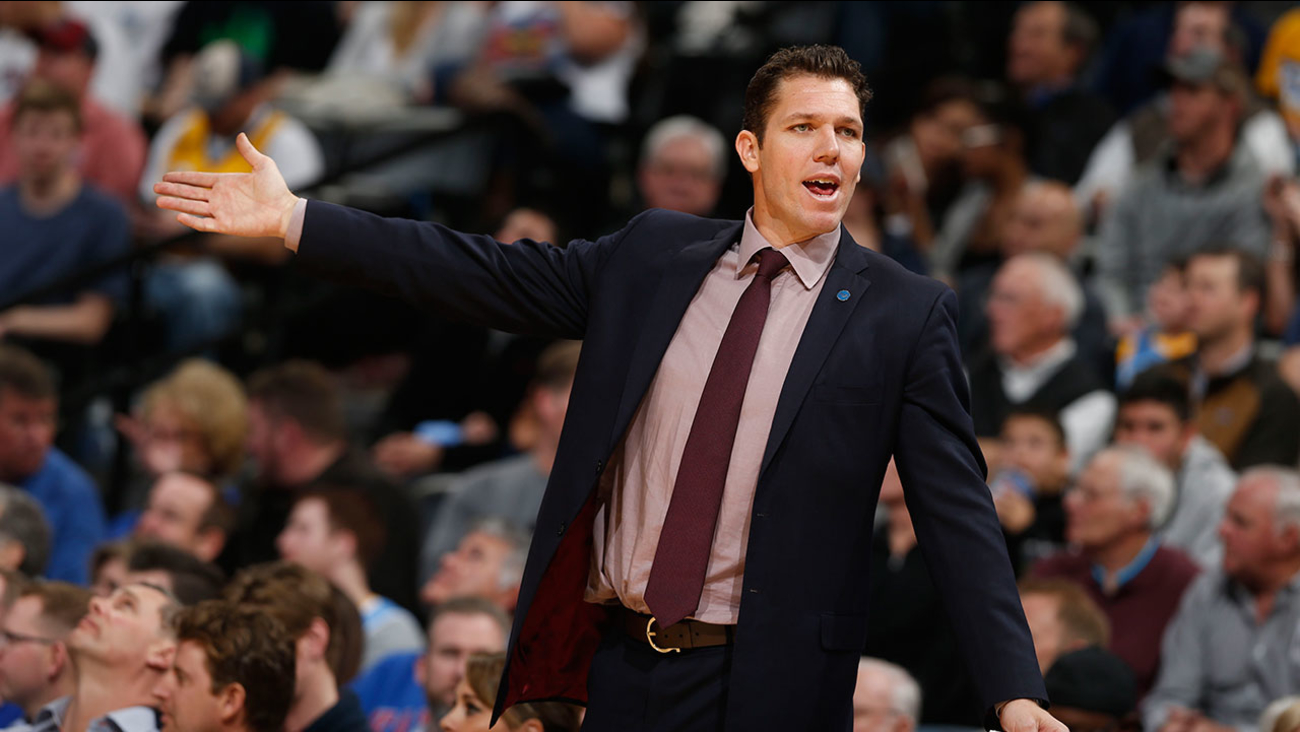 The Lakers reached an agreement Friday night with the Golden State assistant to become their head coach, dramatically choosing a leader for their new era after Kobe Bryant.

The Lakers grabbed Walton just five days after they fired Byron Scott, who led the 16-time NBA champions to the two worst seasons in franchise history.

"We're excited to bring Luke back to Los Angeles, where we feel he's going to start an outstanding coaching career," Lakers general manager Mitch Kupchak said. "He's one of the brightest young coaching minds in the game and we feel fortunate that he'll be leading the on-court future of our team."

Walton will join the Lakers after the Warriors' playoff run. That could take several weeks, since Golden State is headed for the second round with designs on a second straight championship.

Walton became a top candidate for coaching jobs earlier this season when he led Golden State to a 39-4 record as the interim head coach while Steve Kerr was sidelined by a back injury. Walton coolly stepped in and coaching the Warriors to an NBA-record 24-0 start before ceding the job back to Kerr.

He won't have nearly the same level of talent in Los Angeles, which is rebuilding after the retirement of Bryant, Walton's longtime teammate.

But the lure of the Lakers apparently was strong to Walton, who was drafted by the Lakers in 2003. He was a depth forward on the Lakers' championship teams in 2009 and 2010.
Related topics:
sportslos angeleslos angeles lakersnbagolden state warriors
Copyright © 2021 by The Associated Press. All Rights Reserved.
More Videos
From CNN Newsource affiliates
TOP STORIES
California calls for pause to distributing some Moderna vaccine