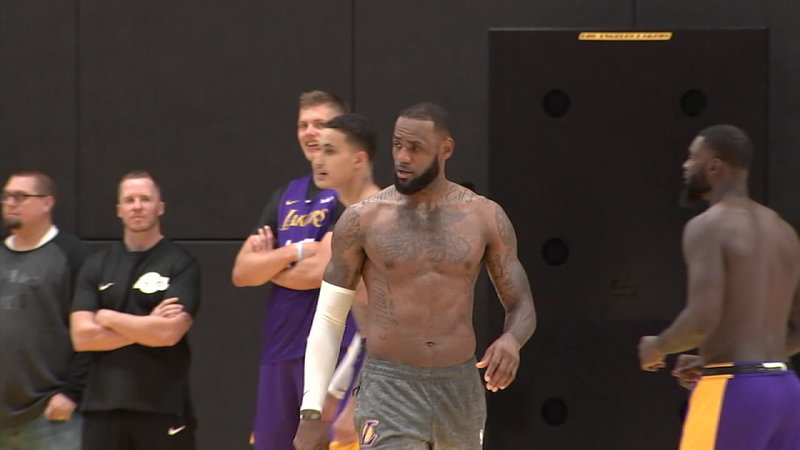 EL SEGUNDO, Calif. (KABC) -- The revamped Lakers held their first official practice with LeBron James and the roster of free agents signed over the summer.

Over the summer, James was said to be loose and joking around during pickup games with the younger players, but he was all business at the first practice.

"We're here for one reason and one reason only," James said. "That's to someday host the trophy. That's the end of the road. But you have to have those types of championship habits every day."

At the start of last season, the Lakers' young core, led by 2017 first-round draft pick Lonzo Ball, was the focus of fans' attention. Now that young core is focused on learning all they can from James.