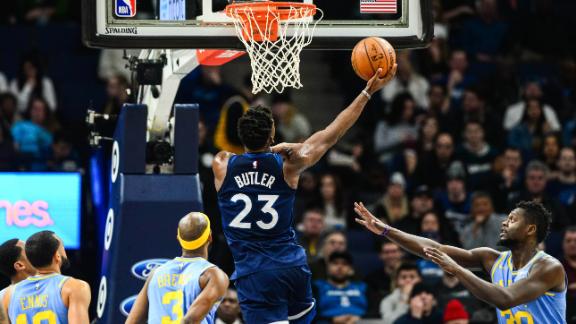 LOS ANGELES -- Point guardLonzo Ball and centerBrook Lopez have been cleared to practice and are listed as questionable for the Los Angeles Lakers' game against the Oklahoma City Thunder on Wednesday night.

Ball (bruised left shoulder) and Lopez (sprained right ankle) were cleared to practice after the Lakers re-evaluated their injuries Tuesday. The Lakers were off and won't practice again until Thursday, but Ball and Lopez could always go through a workout at Wednesday morning's shootaround.

Both are considered day-to-day by the team.

The Lakers have lost seven straight and 10 of their last 11 games.

Ball has missed five games. He suffered his injury Dec. 23, when he got tangled up with Portland's Jusuf Nurkic.

The Lakers (11-25) lost all five games without Ball by an average of 13.2 points. They have missed their rookie point guard's ability to push and spread the ball around on offense, and his length and rebounding on defense.

"From the time he got hurt, I've said all along, whether he is making shots or not, the way he plays the game of basketball makes us a better team," Lakers coach Luke Walton said Tuesday. "... Zo is someone that we believe makes big plays, winning plays. Whether it is a steal or a throw ahead to end a run, whatever it is, he is constantly making them throughout a game."

Lopez has been out since Dec. 18, missing eight games. The Lakers lost seven of those games.