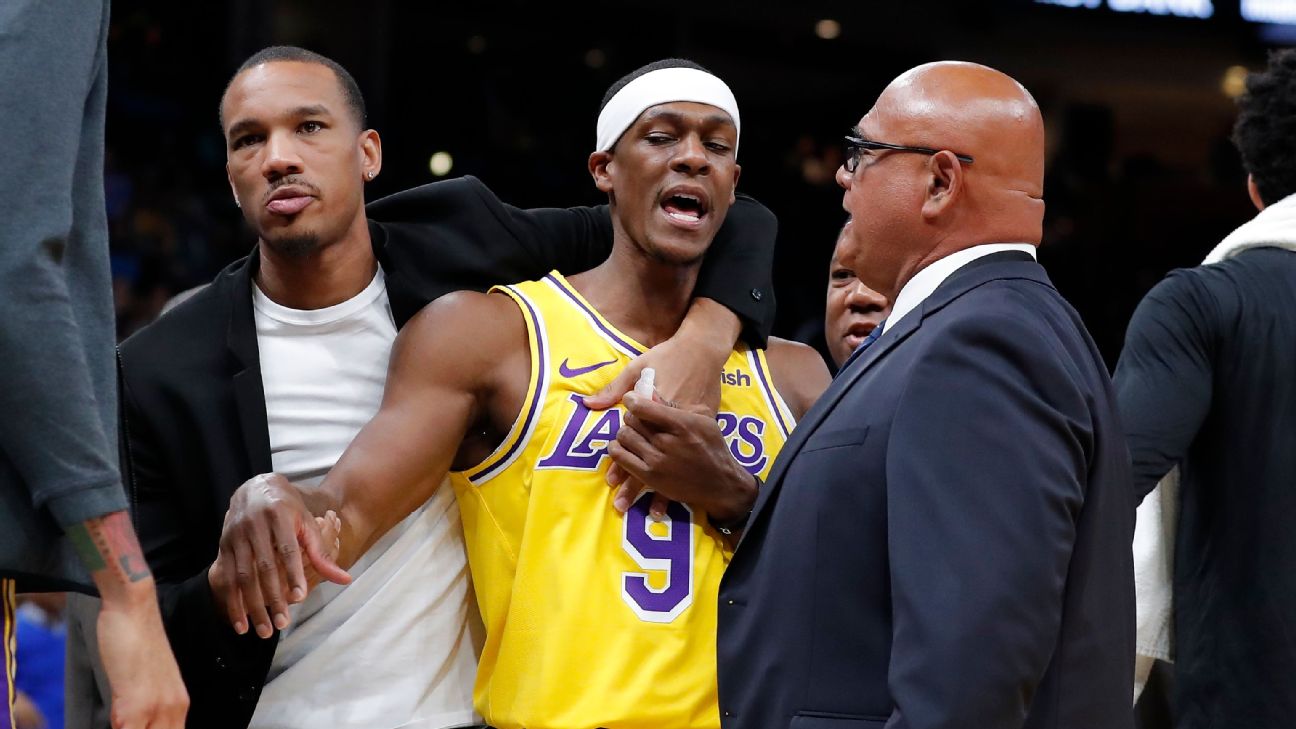 The NBA fined Los Angeles Lakers guard Rajon Rondo $35,000 for making "unsportsmanlike physical contact" with Thunder guard Dennis Schroder, "verbal abuse" of an official and not leaving the court in a timely manner following his ejection from Friday night's game.

"You know, you're a four-, five-time felon, the judgment is kind of harsher when you've had a history prior," Rondo said before the Lakers played the Memphis Grizzlies on Saturday.

Rondo was hit with a flagrant foul 2 after he appeared to lift his leg into Schroder's groin area with 10:20 remaining in the fourth quarter of the Lakers' 130-127 win in Oklahoma City.

Rondo could be seen arguing and yelling at officials after getting hit with the flagrant and had to be escorted off the court by teammates. He also appeared to direct explicit language toward crew chief Ed Malloy.

Rondo believed his interaction with Malloy was the biggest determining factor in the league's decision this time around.

"I guess the same free speech doesn't apply to everyone," Rondo said. "I felt what he did was disrespectful, and I said what I said."

Rondo said that Malloy offended him by pointing at his face when announcing the flagrant foul 2 decision and subsequent objection. Earlier in the game, Rondo and Schroder were called for double technical fouls by Malloy for jawing with one another on the sideline. Rondo said he is attempting to appeal that tech and have it rescinded by the league.

"The guy I got into it with, he's a big fan of mine," Rondo said of Schroder. "A teammate of his, my brother, Josh Smith, [told me] he used to watch a lot of my films back in the day, I was his favorite player growing up. That's all I said to him for the most part.

"But I think I got the tech just because reputation. ... He had no idea what I was saying to the young guy. I was telling him respect your elders and respect your role models. Nowadays, that's a tech. It is what it is."

Lakers coach Frank Vogel would not reveal any discussions he had with Rondo but did say the Lakers reached out to the NBA to give their side of the story.

"We went through the proper channels through the league office to state our case," Vogel said. "We accept the ruling and the fine. There's really nothing we can do about it. It's out of our control, and we're ready to move on from it."

Rondo, 33, is averaging 7.2 points and 5.6 assists in 20.4 minutes per game so far this season. He had three techs and one ejection all of last season for the Lakers and doesn't expect to continue to have disciplinary problems.

"I'm pissed I got one last night, honestly," Rondo said of the technical foul. "It's not that serious for me to get into it with anybody out there on the court nowadays. My only goal is to win a championship. I want to stay on the court for my teammates. I just want a fair shot of being judged game by game, not by my history." 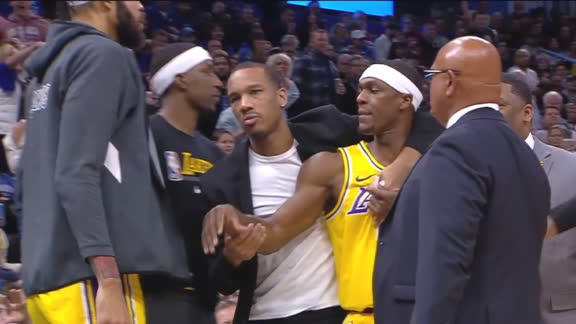