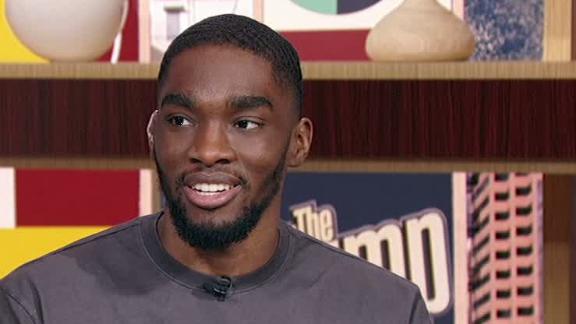 The Los Angeles Lakers host the Philadelphia 76ers on Tuesday night to begin a six-game run at Staples Center.

It's a stretch that will test the Lakers, who also will face the NBA-best Milwaukee Bucks on Friday, the Brooklyn Nets (March 10), the Houston Rockets (March 12) and the Denver Nuggets (March 15) at home. The Lakers will be the visiting team when they play the Los Angeles Clippers on Sunday.

The most recent time the Lakers and Sixers met was in Philadelphia on Jan. 25, when the 76ers won 108-91 as the Lakers' LeBron James scored 29 points to pass Kobe Bryant for No. 3 on the NBA's career scoring list. The next morning, Bryant, his daughter Gianna and seven others were killed in a horrific helicopter crash north of Los Angeles. James and the Lakers were returning from Philadelphia when they heard the tragic news.

The Lakers have endured on the court as humanly as possible, though. They entered Monday atop the Western Conference standings by 5 1/2 games over the Clippers and Nuggets and have won eight of their past nine games. Their latest triumph was 122-114 Sunday over the New Orleans Pelicans, a win that helped ease the sting of a 105-88 loss to the Memphis Grizzles one day earlier.

"Obviously, it was a spectacular performance by LeBron James tonight," Lakers coach Frank Vogel told the media after the game. "Man's triple-double. His shot-making was ridiculous, both in the post with turnaround jump shots, at the 3-point line, the big two-for-one to end the half from about 40 feet, which was huge. And then when they brought double teams, he's one of the best passers in the history of the league."

Despite a career-high 39 points by Shake Milton, the Sixers lost 136-130 to the Clippers on Sunday. Milton connected on 7 of 9 3-pointers and 14 of 20 shots from the floor. He also tied an NBA record with 13 consecutive 3-pointers during a three-game span.

"I'm just going out there and hooping," said Milton, according to the club's website.

Milton was forced into the starting lineup after a back injury sidelined All-Star point guard Ben Simmons on Feb. 22 in a loss to Milwaukee. Although Milton's performance was a surprise to many observers, it didn't catch his teammates off-guard.

"His effort was amazing out there," Philadelphia forward Tobias Harris, who scored 25 points against the Clippers, said on the team's website. "We all know he can play."

In addition to Simmons, the Sixers played again without All-Star center Joel Embiid (shoulder injury). They lost starting shooting guard Josh Richardson against the Clippers early in the second quarter due to a concussion. Neither will play against the Lakers.

Milton talks career night, getting pulled from 76ers' rotation
76ers guard Shake Milton describes his emotions after his career night vs. the Clippers and his thoughts on when Brett Brown took him out of the rotation.
Report a correction or typo
Related topics:
sportsespnphiladelphia 76ersnbalos angeles lakers
Copyright © 2020 ESPN Internet Ventures. All rights reserved.
More Videos
From CNN Newsource affiliates
TOP STORIES