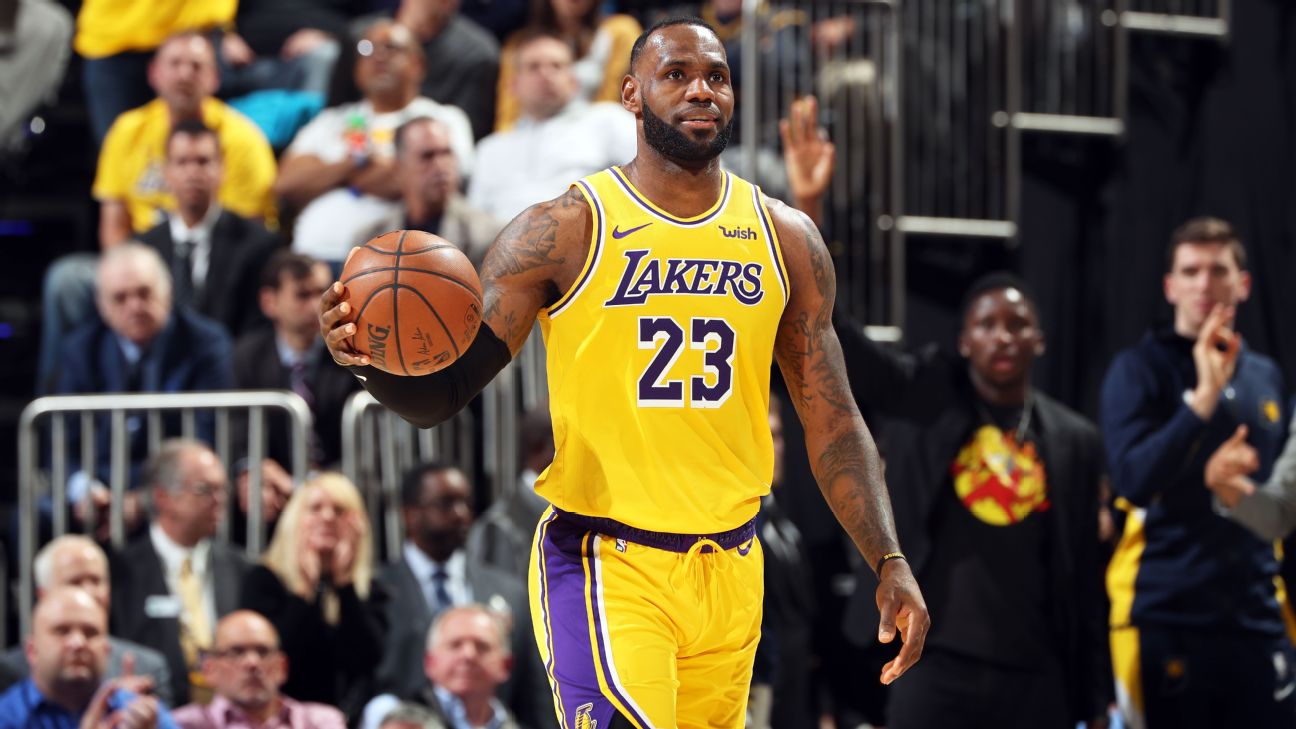 "LeBron [James] had some injuries and a lot was going on with the Lakers last year," McMillan said before L.A. played Indiana on Tuesday.

That punishment from the Pacers, which came just days before the trade deadline, was the worst loss of James' career in terms of final margin. The cutting, "LeBron's gonna trade you!" chants directed at L.A.'s young core, the indelible image of James sitting on the end of the bench with three empty seats between him and the next-closest teammate marked a low point in the Lakers' season.

On paper, the Lakers' lineup in Tuesday's 105-102 loss looked less talented than the group that preceded them last season.Anthony Davisrested a mild right ankle sprain and Kyle Kuzma remained on the sidelines as he recovers from an ankle injury of his own. Add up those variables and a lopsided loss to a Pacers team boasting an 11-3 home record certainly could have been in the cards.

And even though their lockers were full of Airborne gummies -- a cold was making its way through the roster for a second time -- the Lakers felt like they left a win on the table.

With a chance for the Lakers to tie the score on their final offensive possession coming out of a timeout, the play broke down to find James coming off a pindown screen from Dwight Howard, leaving Rajon Rondo to launch a 3-pointer that rimmed out.

At 24-4, this Lakers team has faced few pitfalls. And though Tuesday's loss snapped a 14-game road winning streak for L.A. -- the third-longest in league history -- they maintained confidence in their approach.

"Throughout the winning streak we was able to keep our composure throughout adversity," James said. "Up or down, still being able to make a game out of it."

That, of course, wasn't the case last season. The team was full of pieces on different timelines with little shared vision, and it became increasingly clear the franchise intended to upgrade its roster by using its prospects as trade chips.

But this Lakers team shares a symmetry in perspective. It's an invisible, yet palpable pull that Phil Jackson used to refer to as the "connective tissue" that turns an amalgam of individuals into a cohesive unit.

"Our chemistry on and off the floor -- that bond, the fact that we do everything together helps because we're on the same page and understand what the bigger picture is," Danny Green said.

The Lakers will look to avoidback-to-back lossesfor the first time this season when they play Milwaukee on Thursday, facinga Bucks team that shares the league's best record with L.A.at 24-4.

"We're going to go out there and play hard and try to not do what we say we're not trying to do this year," Rondo said.

These Lakers have already proved the past to be moot. Davis returned to New Orleans to post the most points ever for a player in his return game. Howard and coach Frank Vogel went back to Orlando -- a place where they both experienced unceremonious exits -- and got a win.

As McMillan pondered the trajectory of his old boss, from LeBron-era Heat nemesis to LeBron-era Lakers head coach, he offered a more direct assessment for this year's team.

"Here they are working together, trying to win a championship," McMillan said. "So when you get a situation like that, you can forget about the past and enjoy the present." 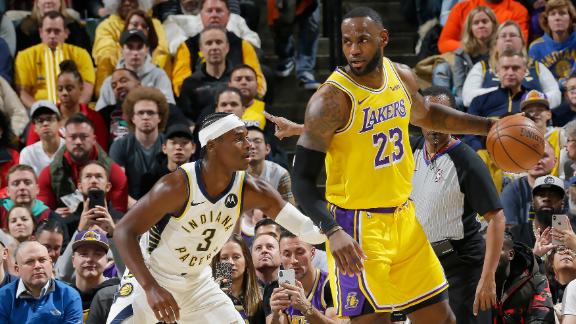 LeBron's near triple-double not enough for Lakers in road loss
LeBron James puts up 20 points, nine rebounds and nine assists but it's not enough as the Lakers fall to the Pacers on the road 105-102.
Report a correction or typo
Related topics:
sportsespndwight howardindiana pacersdailynbalos angeles lakerslebron james
Copyright © 2020 ESPN Internet Ventures. All rights reserved.
More Videos
From CNN Newsource affiliates
TOP STORIES