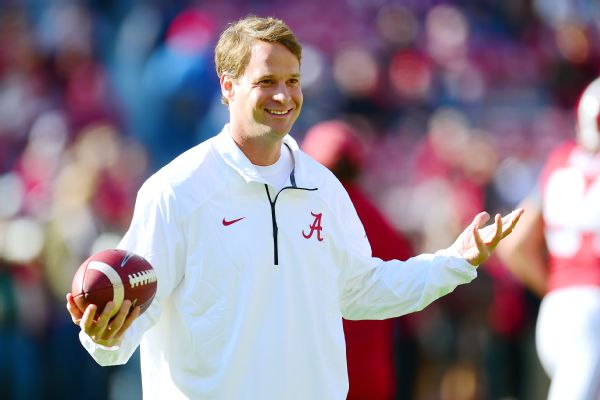 ATLANTA -- Lane Kiffin was left behind by the Alabama team buses -- again.

This time, it was after Alabama's media day session Thursday morning for the College Football Playoff semifinal at the Chick-fil-A Peach Bowl. Kiffin was the last person from the Alabama contingent doing interviews after the hourlong session ended, and by the time he got out of the Georgia Dome locker room to where the buses were supposed to be, they were already headed back to the team hotel in downtown Atlanta.

It was a similar scene last season after Alabama's 45-40 win over Clemson to win the national championship. Kiffin was still talking to reporters as the team buses were pulling away from the University of Phoenix Stadium. He tried to get officials to stop the buses but to no avail.

"First, I get fired on the tarmac," Kiffin said at the time, referring to his departure as head coach at Southern California, "and now I get left behind at the national championship."

On Thursday, he said he was able to catch a ride back to the team hotel with one of the Chick-fil-A Peach Bowl officials.

Kiffin is in his third and final season at Alabama. He was named two weeks ago as FAU's head coach and has been pulling double duty ever since in trying to hire a staff and get a jump on recruiting.

"Lot of late nights, but it was important to me and the right thing to do to finish it out here at Alabama," Kiffin said.

The Crimson Tide are trying to win their second straight national championship and have won three straight SEC titles, with Kiffin getting three different first-year starters ready at quarterback, including true freshman Jalen Hurts this season. 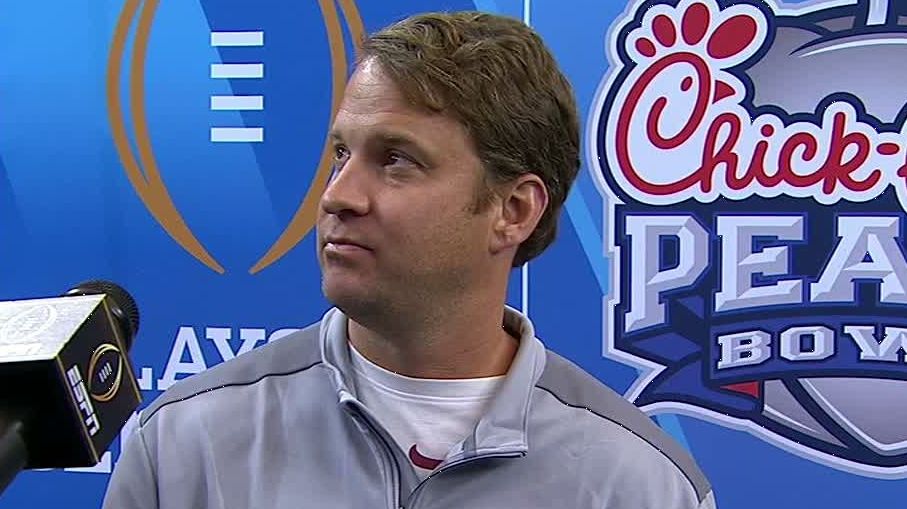